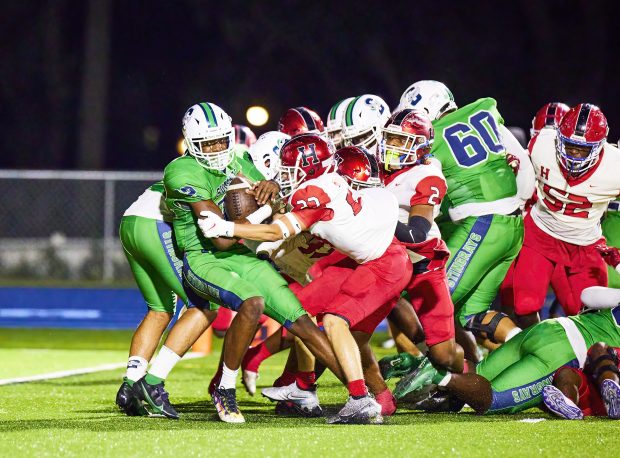 Sumner Sophomore QB Greg Smith III spins into the end-zone for the only Stingray TD.

The Stingray versus Terriers match-up was a battle between the oldest and the newest Hillsborough County high schools. The semi-final FHSAA (Florida High School Athletic Association) game was the first head-to-head match-up for Sumner Head Coach Alonzo Ashwood against a team where he served as an assistant coach. Sumner was coming off a strong defensive game against Northeast. Defense was expected to be a determining factor. For Hillsborough, defense was the name of the game, while offering a potent offense. Hillsborough scored on its second play of the game on a 70-yard touchdown run by Joseph Sipp Jr. Sumner would answer half way through the second quarter on a five-yard touchdown run by sophomore QB Greg Smith III. Hillsborough went back up by a touchdown, using a 54-yard run by Jacquez Gibson. Sumner turned the ball over on a fumble with about three minutes left, and Terrier RB Sipp scored on a 12-yard run. Sumner still had life in the first half as Stingray Kylen Webb picked off a Hillsborough pass with under a minute left. Stingray QB Smith would have one last attempt to find a receiver, but the Terrier defense kept the Stingrays from capitalizing. The usually solid Stingray defense had a tough night keeping the Terriers from the long runs. The Terriers’ scoring scampers put Sumner down 21-7 at the half. 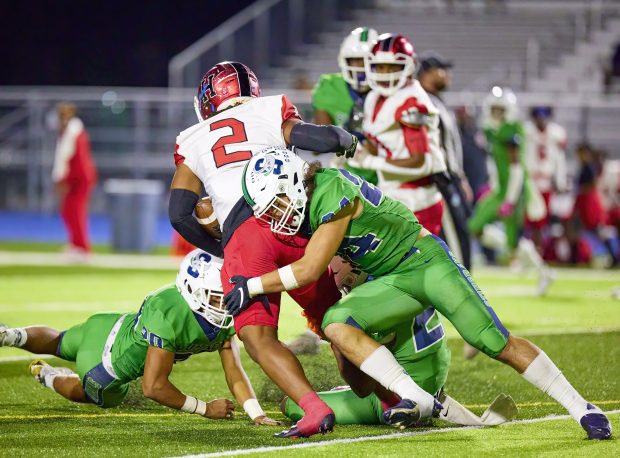 The Stingrays opened the second half with the ball but went backwards and were forced to punt. A bad snap to Senior punter Trung Nguyen forced a rushed kick, and Hillsborough took over at the Sumner 5-yard line. The Terriers would again call on RB Sipp for the five-yard score, his third of the game, and build a 28-7 lead. Sumner drove late in the third to put itself in scoring position, but Hillsborough stepped up to intercept a Stingray pass, ending the drive. The season ended for Sumner with the Terriers running out the clock to move on in the FHSAA playoffs. This Friday, Hillsborough will face an undefeated Jesuit squad. Sumner, now having a year with playoff experience and returning many of its stars next season, will again be a force to be dealt with in 2022. The coaching staff and the players should be proud of their accomplishments this season and prepare to battle anew next year. 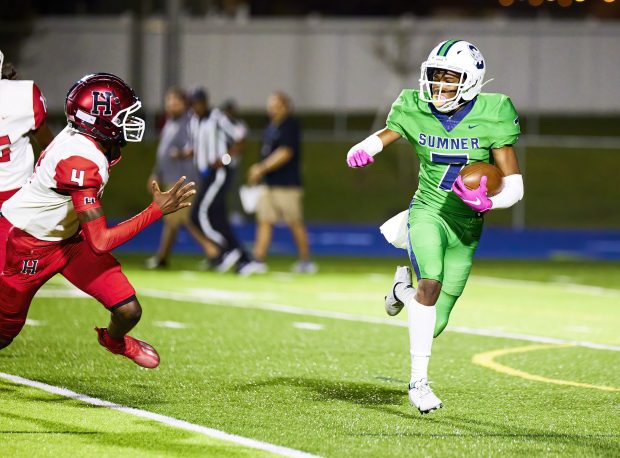 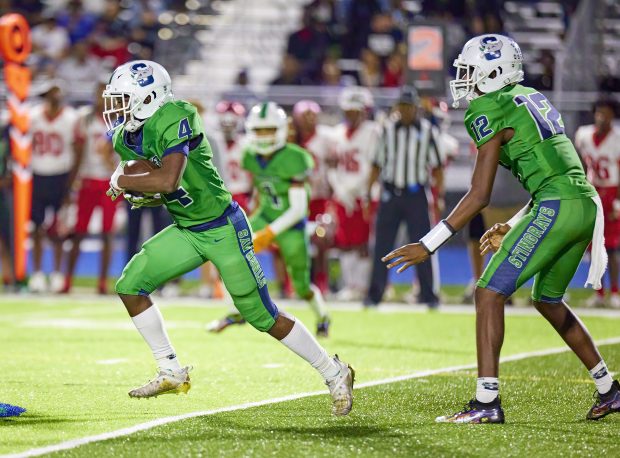