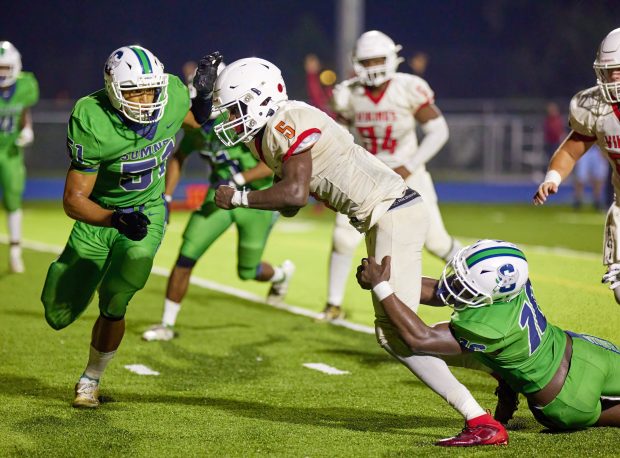 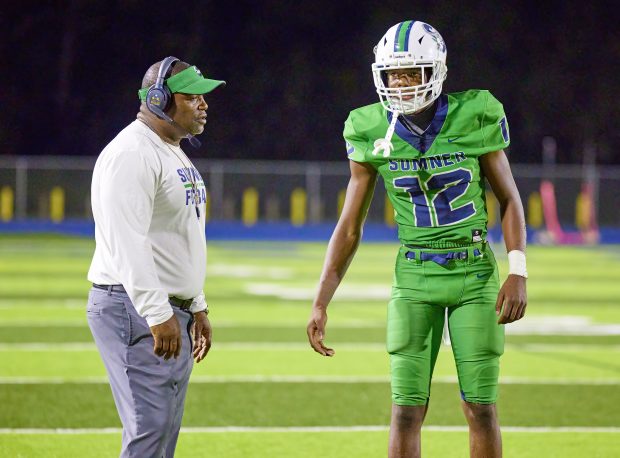 Sumner and Northeast came into the match-up as two very even teams statistically. Northeast had only lost one game, on the road, and Sumner had lost two games. The teams struggled to get any offense going in the air with both defenses taking away the passing zones and breaking up any closely contested pass plays. The game would end with the teams opting for the run 91 times and the pass only 22 times. Sumner had an opportunity on its first drive, but Northeast read the route and intercepted the Stingrays, ending the first real scoring opportunity. The teams went back and forth on possessions without scores until Sumner sustained a drive in the 2nd quarter to put the first points on the board. Junior standout Keoni Denny took a hand-off and drew the defense to himself, allowing a pass completion to an open Javielle (J.J.) Boyd for the five yard touchdown. The extra point was marred by three flags, the last putting Sumner at the two-yard line where they opted to go for the two-point conversion. Sophomore QB Greg Smith III took the snap and plowed through the line for the conversion. The two points would be a big factor in the final score of the low scoring contest. 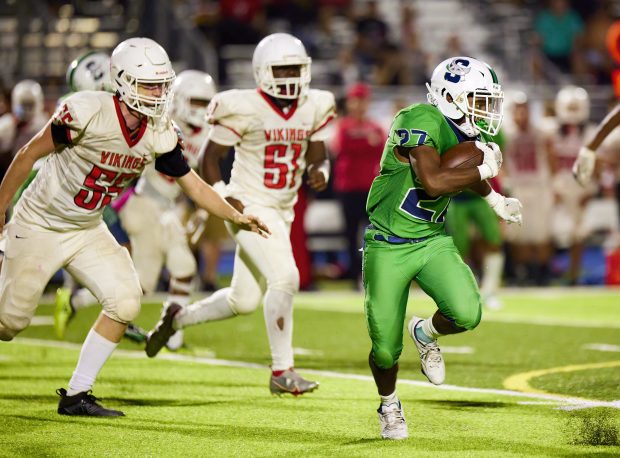 The game continued to move quickly, with the clock continuously running with the bulk of each offensive game plan focused on the running game. Sumner had a chance to add to the score in the third quarter but failed on a 29-yard field goal attempt that fell just short of the goalpost. Northeast broke through to get on the scoreboard with a running TD early in the fourth quarter. The Vikings attempted a two-point conversion that would have tied the game, but the Stingrays defended the pass attempt and nullified the conversion. It was Sumner again holding the last possession of the game, taking control of the ball with just about six minutes left in regulation and was able to run out the clock, picking up a couple of first downs and penalty yardage. QB Smith took the final victory kneel to close out the win. 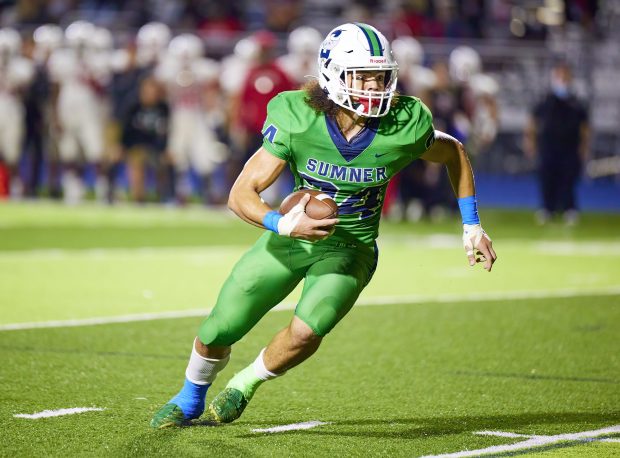 Sumner will play on Friday, Nov. 19, at 7:30 p.m. against Hillsborough High at Sumner HS, aka “The Tank,” in an FHSAA regional semifianl playoff game.