Sumner followed up its district clincher celebration by defeating the Sharks 35–20 on the road at Riverview HS, completing its 8-2 (5-0 in league play) regular season. Sumner will be off on Friday, Nov. 5th, as the team prepares to face a first-round playoff match-up. 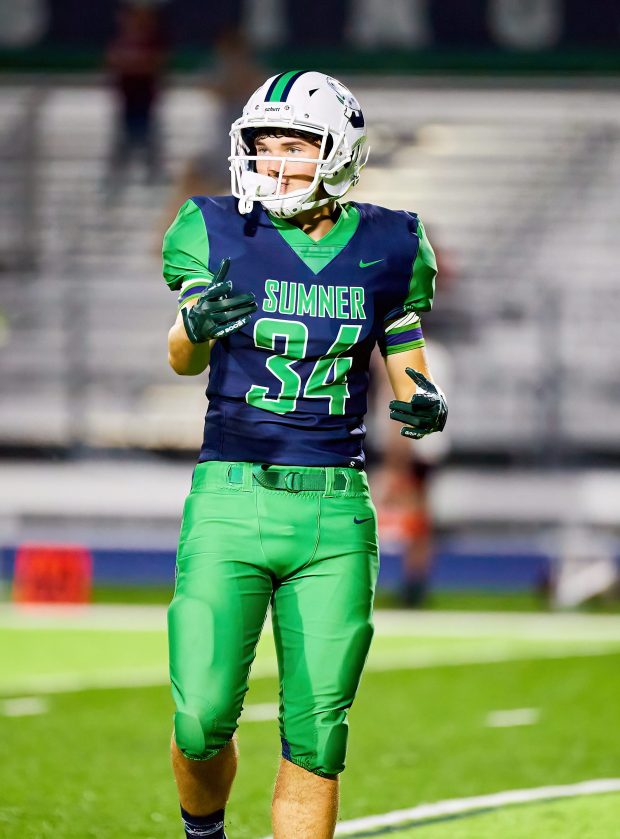 The Stingrays played a two-win Sharks team that had high hopes but now is playing out the string after the loss to Sumner. Sumner continued its momentum from the Braden River win as sophomore QB Greg Smith III connected with freshman Javielle Boyd on a 30-yard TD completion. The Stingrays’ defense kept the Sharks offense from putting together drives in the first quarter, allowing the Stingray offense to put together a drive late in the first quarter where it advanced to the Riverview 13 yard line, but the drive ended with Riverview’s intercepting QB Smith. Riverview would not capitalize on that turnover, but did take advantage of another Sumner turnover at the Stingray three-yard line. Riverview moved backward on a penalty but still tied the game on a 17-yard TD run. Sumner and Riverview exchanged scores in the second quarter, Stingray sophomore Keoni Denny scoring on a three-yard run and the Sharks scoring on a five-yard passing play. Riverview took a 14-13 lead into the locker room.
Sumner owned the third quarter, tacking on two more TD’s. QB Smith scored on a 30-yard run early in the third, and the Stingrays added another late TD on a run by Kenoi Denny, his second rushing TD of the game. The rain arrived in the third quarter, creating a sloppy field for the rest of the night, but Sumner’s defense would come through, as it has all season, to seal the victory with a 35-yard interception for a TD by Cameron White. Riverview scored late in the fourth, making the final score 35-20. Having the last possession, Sumner called a “Victory Kneel” play to run out the clock. The Stingrays, in only their second season, closed out another impressive regular season for the young school and will now take a week off to game plan for their still undetermined first-round opponent. The Stingray coaching staff and players should take pride in their efforts this season to follow up a very impressive first season. The Stingrays will now look to advance in the playoffs. 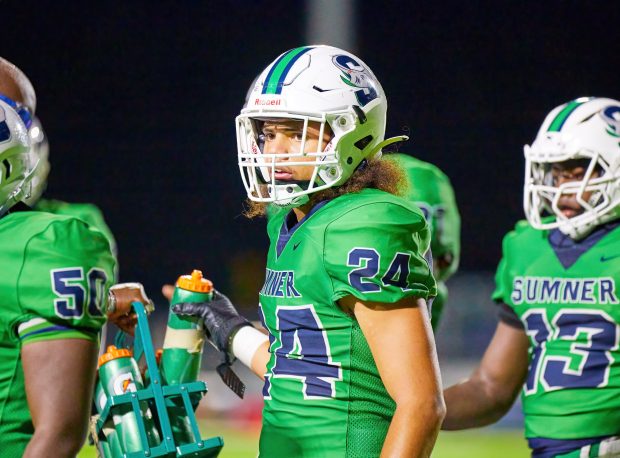 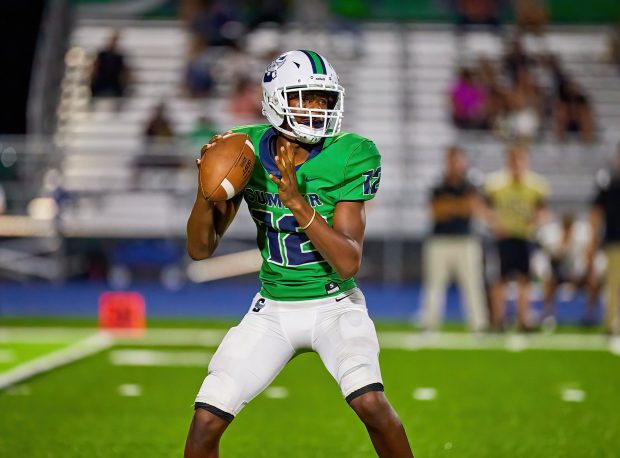 FRANCIS FEDOR Photo
Stingray QB Greg Smith III has been a standout for Sumner in his first season as starting QB. 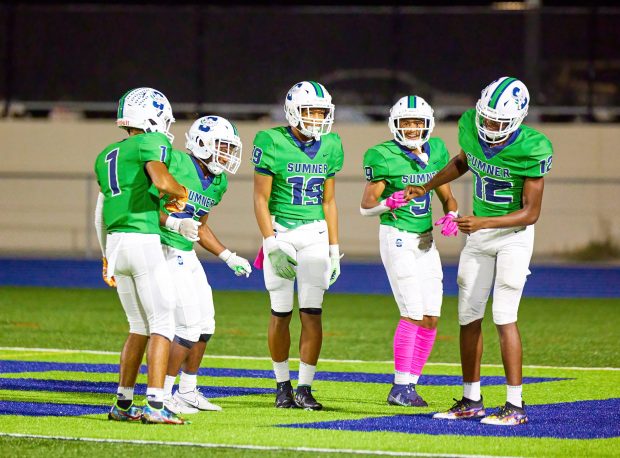 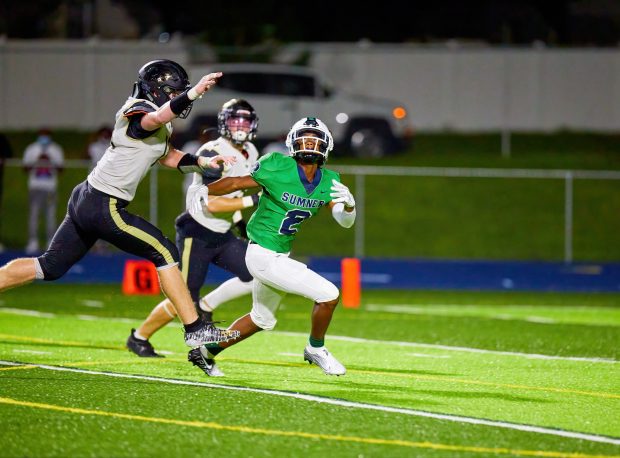