Sumner traveled down I-75 to defeat the previously unbeaten Braden River Pirates, 14-10, on the Pirates senior night. The Stingrays would move their record to 7-2 with the victory. The game between the Stingrays and the Pirates would have the added tension of playoff implications between two top FHSAA Division 6A teams.
Braden River struck first with a 35-yard FG at the 3:25 mark of the first quarter. Sumner moved the ball but had to settle for a 29-yard FG attempt that sailed wide right and the first quarter ended with Braden River ahead 3-0. The Stingrays struggled with a field position battle as a Braden River punt pinned Sumner inside the one yard line. Sumner would not advance the ball and had to punt out of its own end-zone. Braden River advanced the ball to the three yard line but would be stopped by the Sumner defense. The Stingrays would quickly give the ball back to the Pirates by way of an interception that set up the Pirates at the Sumner 13 yard line. Braden River would immediately take advantage and score on a 12-yard TD run. Sumner had time for one last drive before the half. The Stingrays would take the kickoff and use 11 plays to drive inside the five yard line, but a motion penalty and a stuffed running play allowed time to expire before Sumner could score. Braden River took a 10-0 lead into the half. 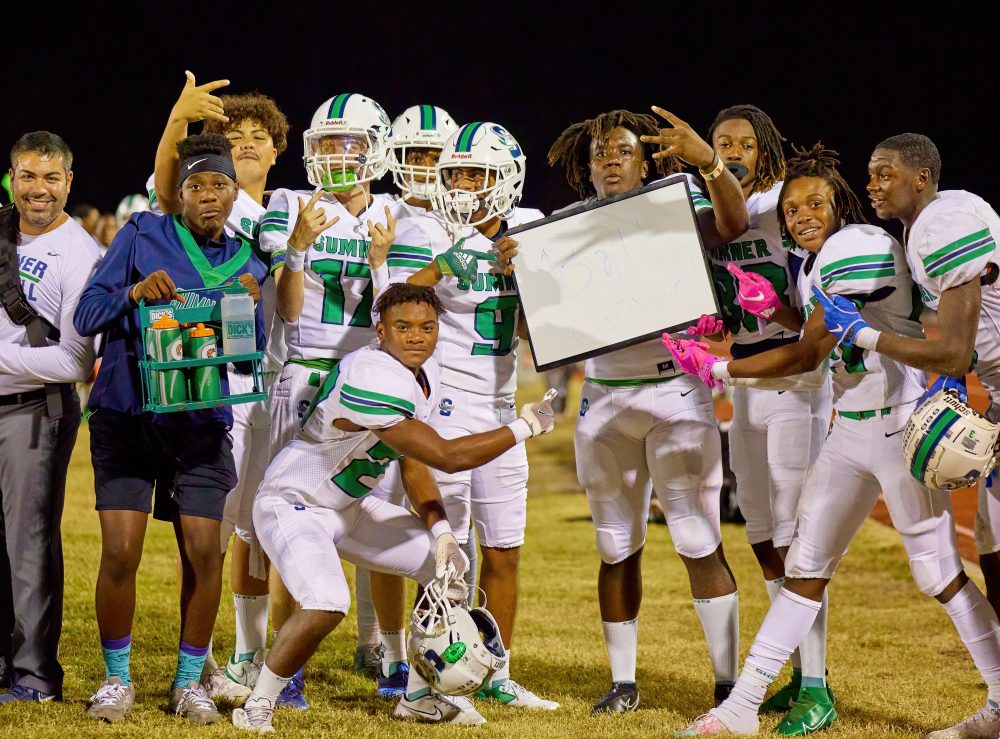 The second half would be a defining moment for the Stingrays. The Sumner defense, which has been a force this season, had to keep the game close, and they did, not giving up any points in the second half. The Stingray offense also had to rise up and do its part. It did, and Sumner started it’s comeback with sophomore QB Greg Williams III, on his birthday, connecting with freshman Tyler Williams on a 60-yard pass play for the TD to get Sumner on the scoreboard. QB Williams has been an offensive standout this season, winning the starting job in the summer and growing in the position. The game moved along quickly as Braden River and Sumner combined for almost 70 rushes versus only 21 passes. The Stingrays, sensing the momentum change, owned the fourth quarter and controlled their destiny. The Sumner offense again worked from the shadow of its own end-zone, but this time the Stingrays would put together the game winning 99-yard drive early in the fourth quarter. The drive was punctuated with a 35-yard TD run by sophomore Devin Spencer. The defenses contained the offenses for the rest of the quarter, but Sumner held the last possession of the night and ticked off the rest of the time left. The celebration commenced as the Stingrays, in just their second season and with a number of sophomore standouts, stormed the field, claiming their first division championship. Sumner will finish its regular season on Friday, October 29, at 7:30 p.m., on the road against a 2-6 Riverview HS team that had high expectations on its season but is now playing out the string. 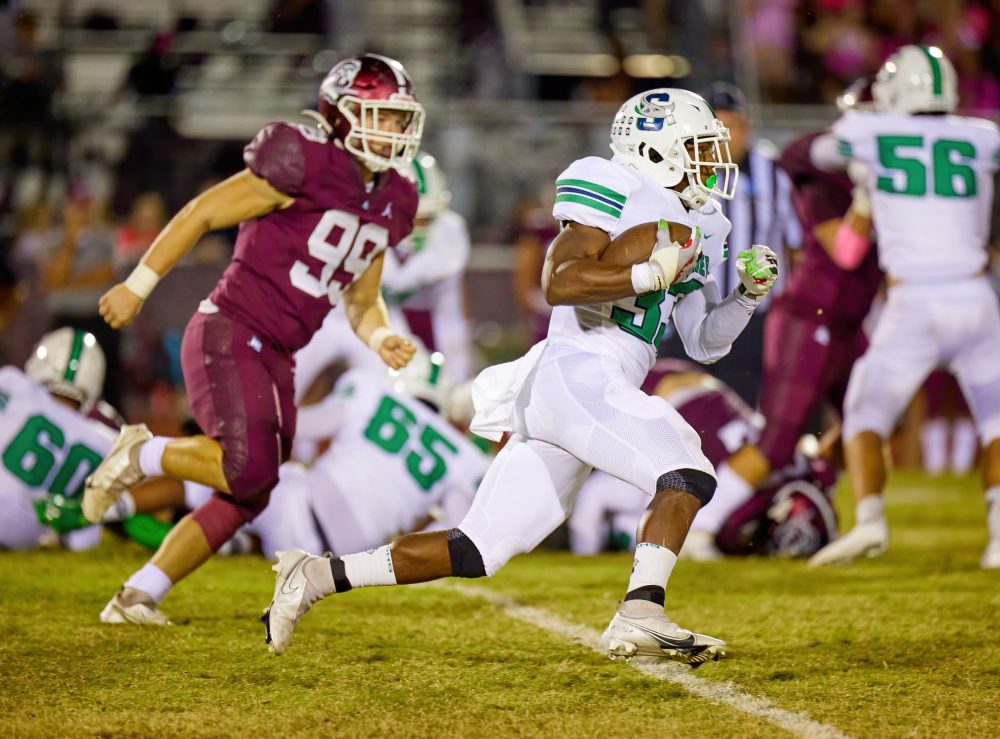 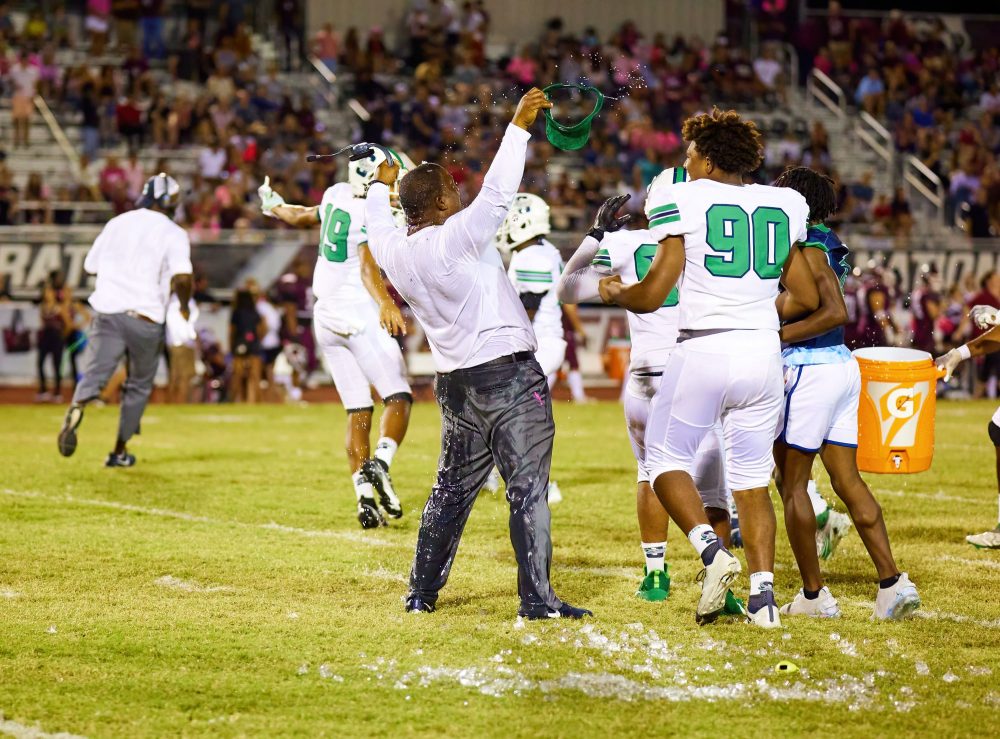 Stingray head coach Alonzo Ashwood celebrates after getting doused with a Gatorade.