It’s a homecoming of sorts for Riverview High School leaders who took the opportunity of the 32nd Trick or Treat Street on Oct. 23 to both exemplify and sing the praises of a good old-fashioned neighborhood community school.
That even those words can be spoken speaks to the changing times for public education, and especially so in Florida’s Hillsborough County, where the number of public charter schools continues to rise, blurring the neighborhood borders that traditionally define where children go to school. 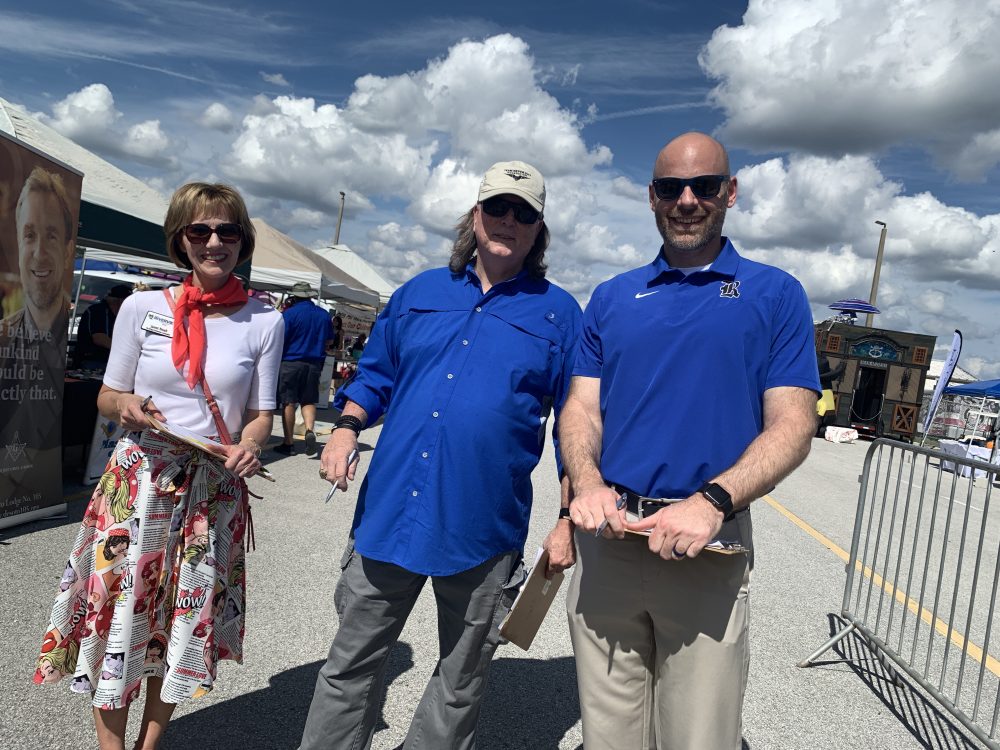 “Society and politics may change, but people are still people, and that’s what makes this school great,” said Brian Spiro, who in June was selected to become Riverview’s fifth principal since its opening in 1998. “It’s nice to be able to act as a hub for the community.”
A former English teacher, Spiro succeeds Ivin Gunder, who left in June after one year on the job. Gunder returned to Clay County, where he left as a middle school principal and now is the principal of Orange Park High.

Gunder’s new job led to Spiro’s dream job as a first-year principal.
“Lucky is the word that comes to mind,” said Spiro, who, before becoming supervisor of accountability and improvement for Hillsborough County schools, served as an assistant principal at Riverview High for both student affairs and for curriculum.
“I often talk about coming home,” Spiro said. “That’s what it feels like, being able to walk in the door first day as a first-year principal and already having great relationships with everyone, not only at the school but also in the whole community.”
Count among them Tanya Doran, an East Bay High graduate and now the long-term chief executive officer of the Greater Riverview Chamber of Commerce. At this year’s Trick or Treat Street (TOTS) event, Doran again noted the massive role Riverview High plays in enabling the event to draw and serve thousands of children each year with candy from “BOOths” manned by businesses and area nonprofits.

Indeed, the tone for Riverview High was set from the start under the leadership of charter principal J. Vince Thompson, a beloved educator who, upon retirement, was succeeded by Bob Heilmann, whose 13-year mark on the school remains to this day. 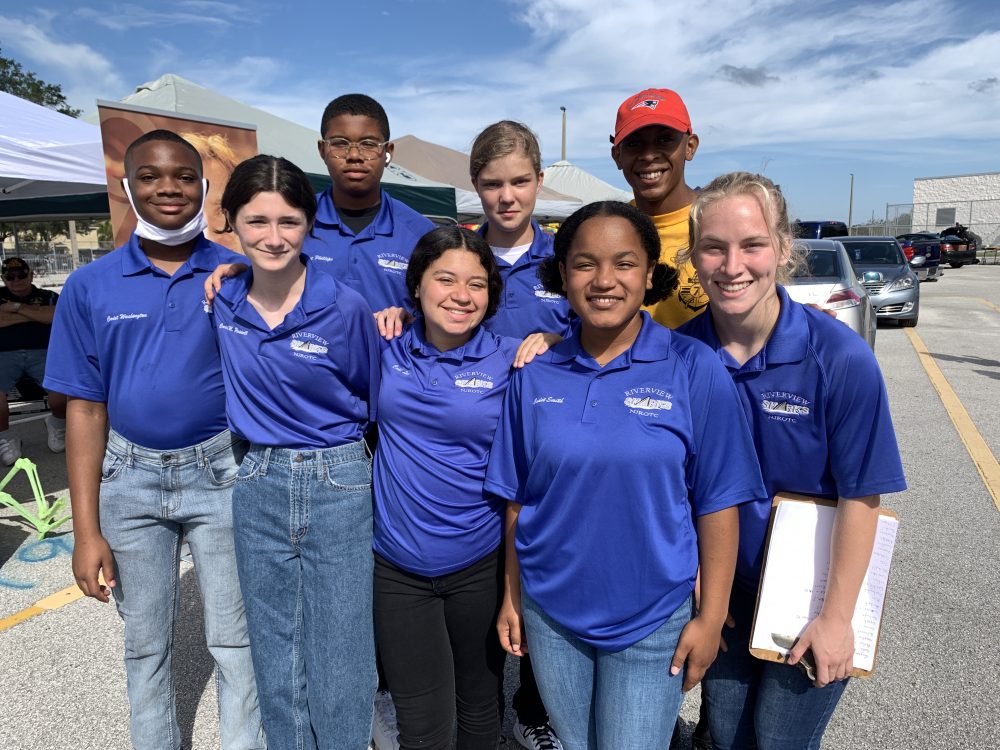 These and other members of the Riverview High School NJROTC are ready to volunteer at Trick or Treat Street (TOTS) on Oct. 23.

“As a student I would do anything for Mr. Heilmann because he was always the life and breath of the school,” said David Kovacs, Riverview High’s assistant principal for student affairs, who graduated from the school in 2006. “I just remember him always walking around the cafeteria with a broom and dust pan, always there to help, always there to clean up. Honestly, that’s how I try to model myself at the school. No job is too small for me to step up and help out.”
Upon retirement, Heilmann was succeeded by Danielle Shotwell, who held the job for six years. She works now for the district as general manager in employee relations. 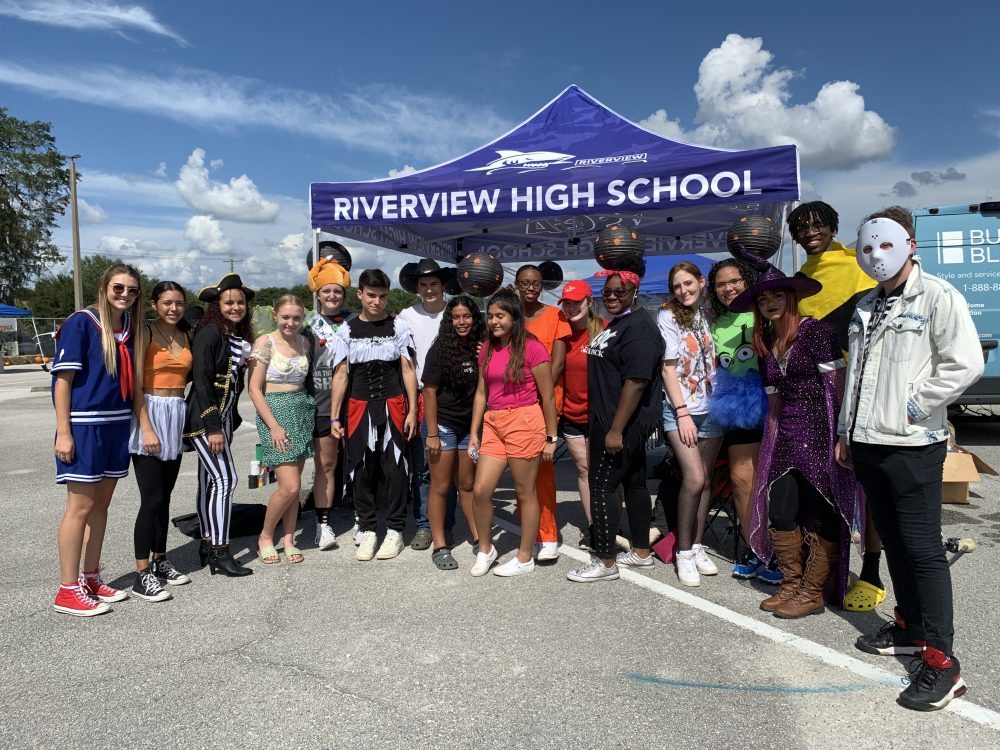 At the 2020 drive-through goodbye for graduating seniors, in the same parking lot used for TOTS, Shotwell said she had “very mixed emotions” about leaving Riverview High. The outgoing principal said she was excited about her new job in employee relations, but that she would miss tremendously the teachers and students.
“I take great pride and great joy in being principal of such an amazing school,” Shotwell said.
That feeling of pride is universally known as “Shark Pride,” in reference to the school’s mascot.
“One thing that was instilled in me from Mr. Heilmann was Shark Pride, just pride to be here at the school,” Kovacs said. “Everything we do, it’s for the kids and for the community. No matter what decision you make, as long as it’s in the best interests of the kids, then it’s the right decision.” 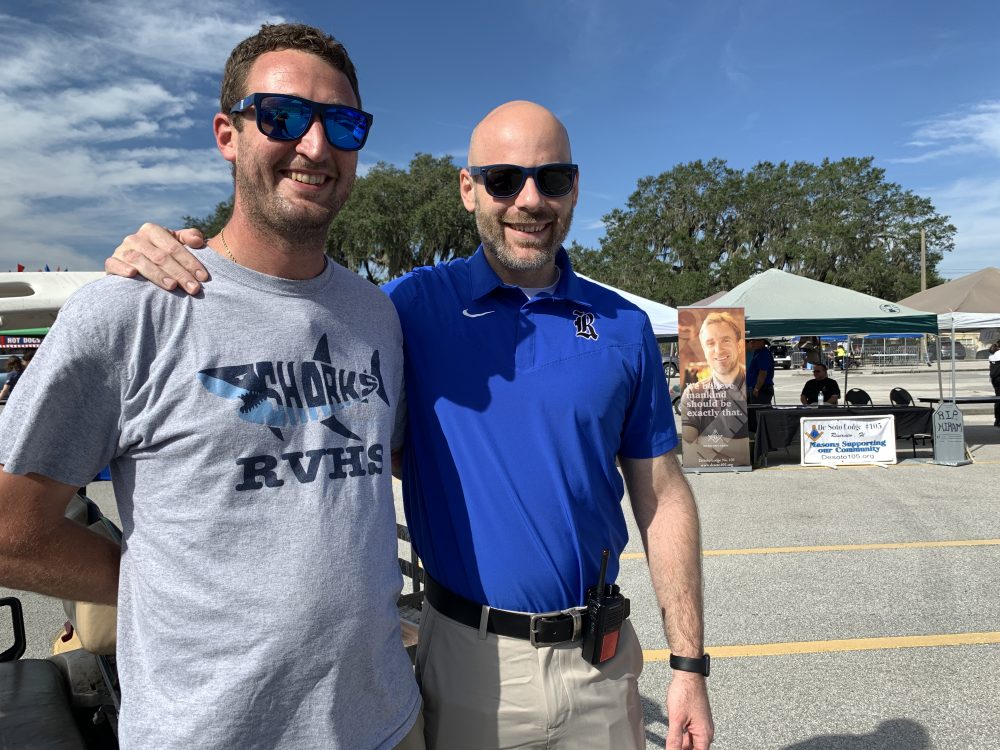 Principal Shapiro takes it a step further, noting that Shark Pride “is not living with being mediocre or the status quo.” “Everyone here, from our teachers and our students to our cafeteria workers and custodians, they don’t define themselves by their list of roles and responsibilities,” Spiro said. “Anytime anyone sees an opportunity for improvement, they say,‘Here’s a potential solution, and I’m willing to head it up.’ Everyone takes ownership of the school.”