Lennard High and Spoto High finally cracked the win column in South Shore football action last Friday night. For the 2-5 Longhorns from Ruskin, a 54 to 14 smashing of Riverview marked their first victory since an August Kickoff Classic. Spoto nipped Robinson High 14-7 in Tampa. The Spartans combined a tight defense with an opportunistic offense. An early end zone fumble recovery by Spoto plus a two-point PAT provided an 8-0 Spoto lead, which the Spartans never ceded. Robinson cut it to 8-7 with a scoring pass, but Spoto clinched the win with a one-yard TD. Meanwhile, Sumner High won again to go 5-2. Idle last week was 5-2 East Bay High.
This Friday night Coach Matt Kitchie’s Lennard squad looks to overcome over-confidence as it hosts the 0-6 hapless Manatee High. Coach Alfred Smith’s 1-6 Spartans travel to 2-3 Southeast High near Bradenton. East Bay, under Coach Mike Gottman, also heads south. The Indians, trying to shake off the loss to Bloomingdale, take on a tough 2-3 Tigers Palmetto outfit. Riding a stressful four-game losing skid, Coach Williams Mosel and his slumping 3-4 Riverview Sharks host 4-2 Plant High of Tampa. Sumner, led by Coach Alonzo Ashwood, should coast at home over a downtrodden 0-7 Brandon team Friday night.
Lennard was hitting on all cylinders on both sides of the ball last week in the romp at Riverview. A pair of outstanding Horns, senior QB Gavin Henley and junior wide receiver Eli Singleton, had record-setting offensive games in what was a solid team victory. Joining that pair as Players of the Game were Horns defensive stars senior Jacob Treese and sophomore Lleydon Brush.
Riverview received the opening kickoff and went three and out. After a few run plays and chunk pass plays, QB Gavin Henley hit fellow senior WR/DB Hakeem Monroe for a 50-yard TD pass. Tony Loschiavo kicked the first of his six for eight extra points to make it 7-0.
After back-to-back three and outs from the Sharks and Horns, Riverview started its third drive deep in its own territory. On first and 10, senior linebacker Braylon Henry intercepted the ball, giving the Horns great field position on the Sharks’ 25-yard line. On the very next play, Henley found junior WR Singleton for a 25-yard TD pass. The extra kick was good to push it to 14-0. 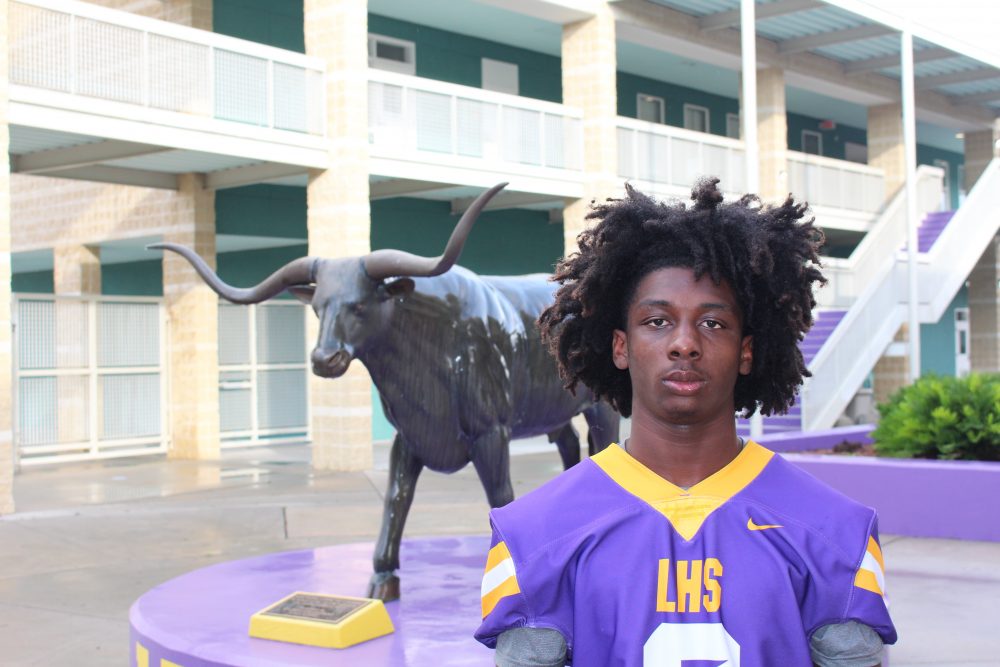 After another Shark three and out, Singleton caught a short pass from Henley and took it to the house for an 80-yard TD reception. The extra kick made it 21-0.
Following yet another three and out, a Riverview punt was muffed by Lennard, giving the Sharks the ball on Lennard’s 20-yard line. Riverview would capitalize quickly with a 20-yard TD run from top soph Dontarious Shoats. The Sharks PAT boot made it 21-7, Lennard. The Horns wasted no time. Lennard would answer on the next drive, highlighted by a 22-yard run by sophomore Zeshon Casimir and three-yard TD run by Henley. The extra PAT attempt was blocked, leaving the score 27-7.
After a sustained drive by the Sharks came up short, Lennard went for the jugular. With another scoring drive, highlighted by a 45-yard reception from Singleton, a 27-yard scramble from Henley and then, finally, a three-yard TD catch from Henley to Casimir, the PAT kick put Lennard up 34-7. Right before the half, Riverview would respond with an 80-yard TD bomb from QB Colin Larsen to Zack Reviere to bring the score to 35-14 at half.
Lennard received the second half kickoff and, after a promising start, Henley was intercepted by the Sharks DB junior Harrison Hensley, one of Riverview’s two-way stalwarts. Fortunately for the Horns they got the ball right back when sophomore LB Lleydon Brush intercepted Larsen’s long throw. On 4th and 5, Henley kept the ball himself and ran in for another score, this time a 20-yard rush. The extra kick stretched it to 42-14
Lennard would get the ball back after the stifling Horn defense caused Riverview’s fifth three and out on the night. Lennard would respond quickly with another TD pass and catch between Henley and Singleton, this time for 50 yards, making the score 48-14 after the extra came up short. Henley would finish up the scoring with a 15-yard QB keeper, bringing the final score to 54-14, Lennard.
Henley finished up with 18/29 passing, 427-yards passing, a Lennard school record, five passing TDs, another Lennard school record, and eight total TDs, another school record. Sensational wide receiver Singleton finished the game with nine receptions for 278 yards, a Lennard school record. Henley now has 32 TD passes at Lennard, making him the career leader in that category. 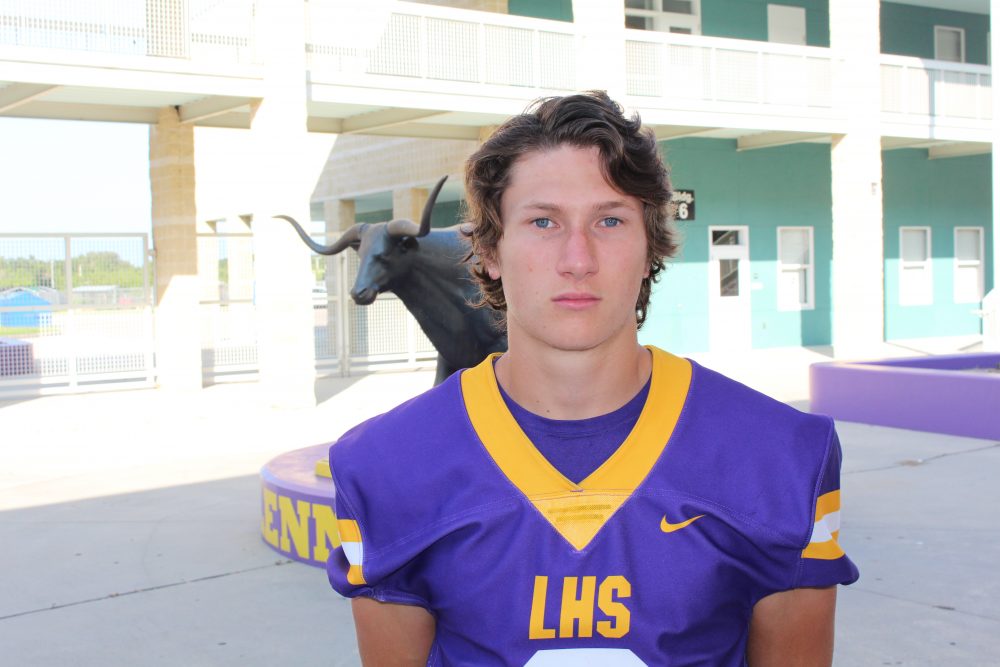 Stingray’s cap first ever Sumner HS Homecoming with a win