The Sumner Stingrays won a district thriller on the road at Southeast High in Bradenton on a late drive to seal a 24-20 victory. Sumner will play at home in the Ray Tank on Friday, Oct. 8, at 7:30 p.m. looking to build off of this statement victory against a 2-3 Middleton HS squad. 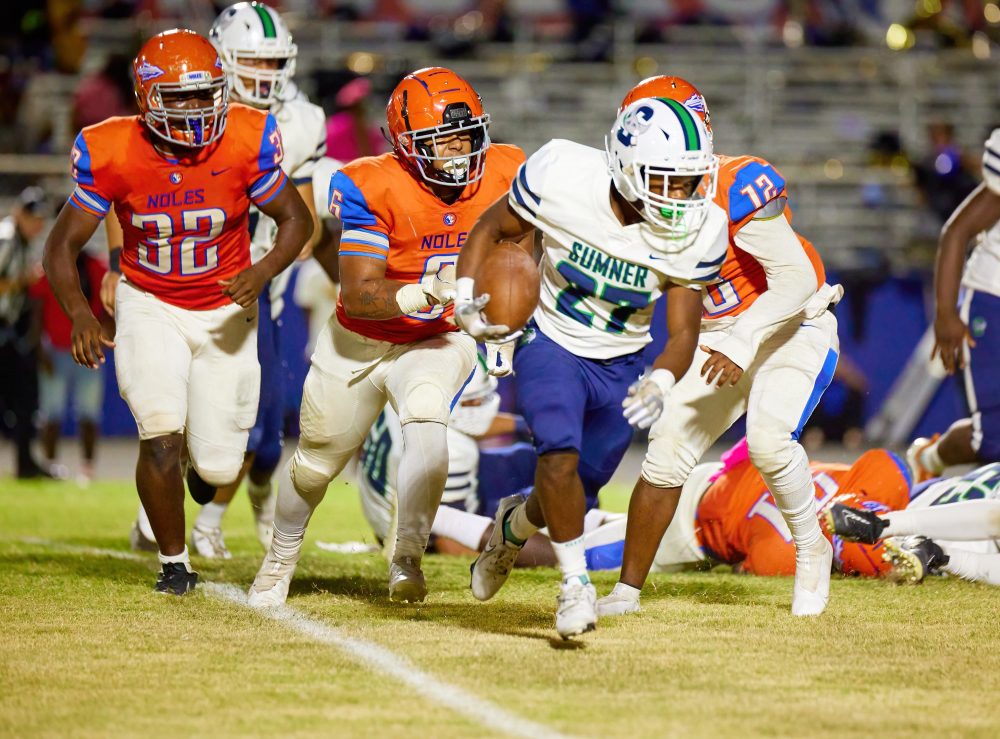 Sumner RB Zhonte Burney puts distance between him and the Seminole defenders. 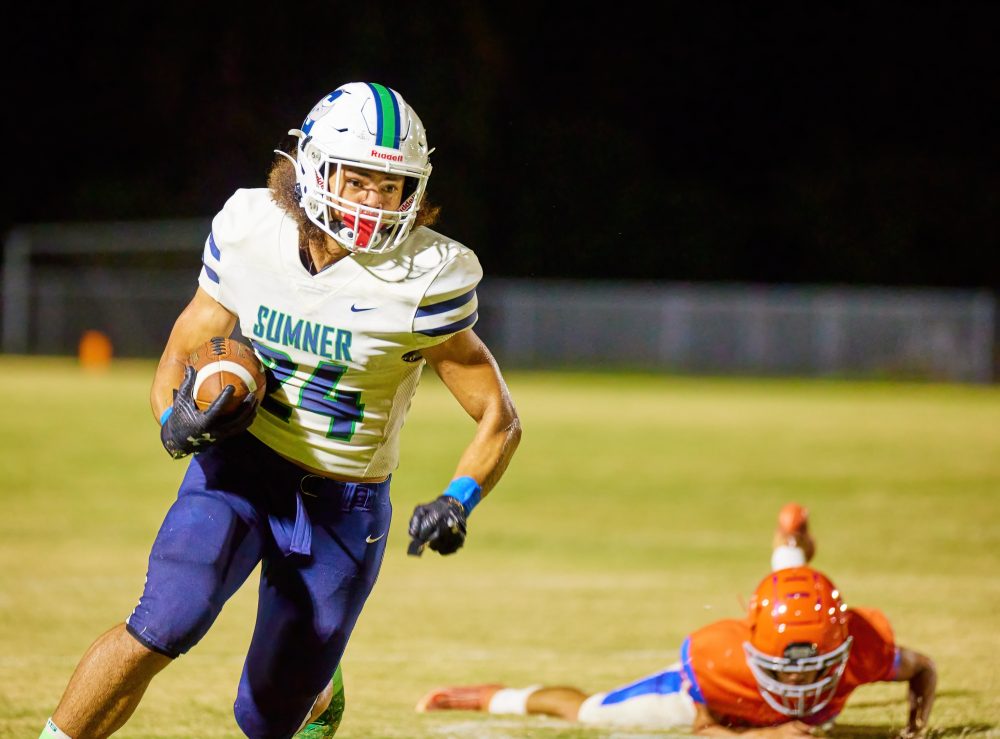 Stingray Keoni Denny turns the corner leaving a Southeast player in the dust.

Sumner was looking to rebound on the road after a close home loss to Plant HS last Friday. The Stingrays struggled early to generate any offense but broke the ice with a 10-yard pass from sophomore QB Greg Smith III to sophomore wideout Kade Ray. It would be the only scoring in the first quarter. QB Smith would follow in the second quarter with another TD, this on an 11-yard score while carrying defenders along the way. As with the Plant game, this game was a penalty flag festival with the official flags flying 16 times. Sumner increased its lead in the third quarter with an 18-yard FG by sophomore kicker Kevin Elsner. 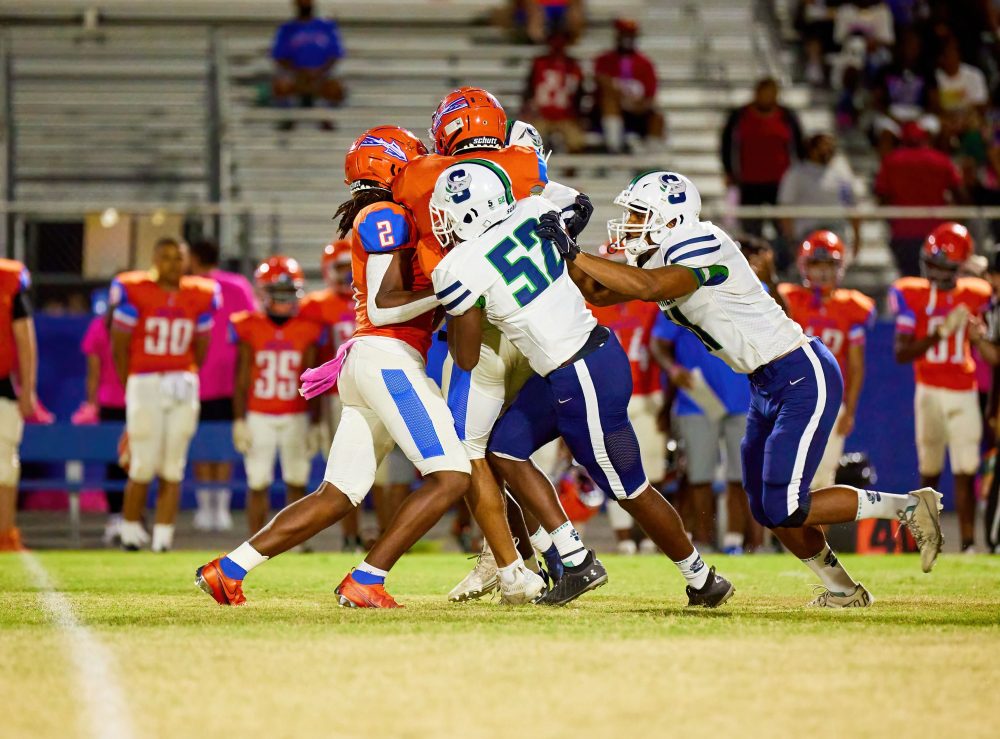 Stingray defense makes a tackle on a Southeast Seminole player.

The momentum changed in a flash. Southeast toughened on defense to slam the door on the Sumner offense holding them from scoring from inside the five yard line forcing the FG attempt. Southeast returned the kickoff 60 yards for a touchdown on the very next sequence. The Seminoles, who had been held in check by the very reliable Sumner defense, found life. The Southeast special teams came through again early in the fourth quarter with a punt block returned for the touchdown. The Seminoles then found a hole in the Stingray secondary for a 40-yard touchdown completing the comeback and taking the lead at 20-17. It would be a character test for the Stingrays. Sumner’s defense held and forced a punt late in the game giving the ball back to the offense with just over 4 minutes left to play. The Stingray offense would find life and put together a drive concluding with QB Greg Smith carrying the ball 2 yards for the go ahead score. QB Smith who was continually harassed by the Seminole defense and was forced into 2 interceptions stood tall on the final drive. 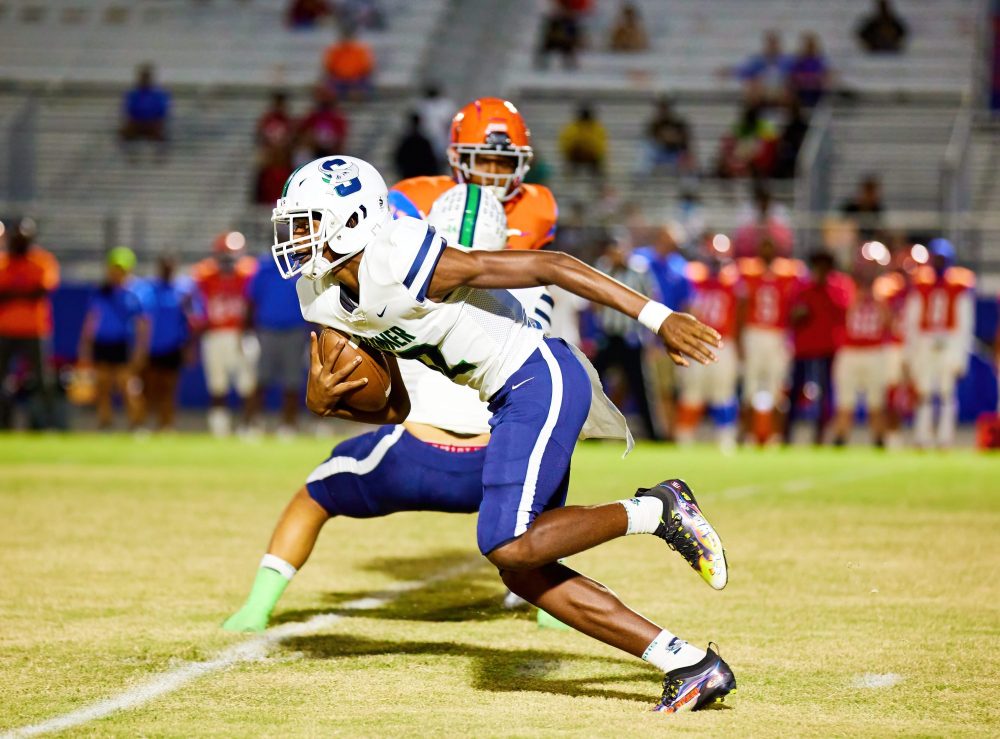 The Stingray defense fittingly closed out the game by defending 4 passes in a last-ditch effort by Southeast to slam the door on the win. QB Smith accounted for 124 yards and sophomore RB Devin Spencer carried the ball for 76 yards on offense. The Stingrays return home and look to build on the thrilling victory against Middleton.