Hillsborough County officials have been asking parents, educators and residents to weigh in on sidewalks designed to aid pedestrians and bicyclists traveling to and from Rodgers Middle School.
The school, at 11910 Tucker Road, enrolls 1,153 students, according to the 20-day count for the 2021-22 school year. A survey concerning the sidewalks can be viewed at the county’s online engagement hub.
The project is part of a county and national program “that promotes walking and bicycling to school through infrastructure improvements that provide safe access to school for students,” according to county officials.
The National Center for Safe Routes to Schools encourages families “to celebrate the benefits of walking and biking” and to “increase leader commitment and visibility for traffic safety and community quality of life.” The center coordinates the Walk To School Day held annually in October and Bike To School Day held in March.
Specifically, the Rodgers Middle School project entails the addition of 5,500 feet of sidewalk along the west side of McMullen Road from north of Fawn Dale Drive to 500 feet north of Leonard Avenue.
An additional 200 feet of sidewalk is earmarked for the front of Pep Boys Riverview Tires & Auto Service Center on McMullen Road, which would close the gap several hundred feet south of Boyette Road, according to county officials.
Moreover, the project calls for maintaining in the northwest corner of Tucker and McMullen roads “a large landing area for staging the high volume of pedestrian traffic.”
“For those kids whose route requires them to take Donnymoore to Balm and up to Boyette, there is a large area of sidewalk missing on the east side, which requires them to cross a busy road with speeding cars and no crosswalk or crossing guards,” reads one of several comments posted on the Hillsborough County Engagement Hub, where public input is sought for the Rodgers Middle School sidewalk project.
“Please fix the damaged sections of existing sidewalks as well,” noted another survey respondent.
Indeed, the project calls for additional improvements, which include paving existing paved and unpaved driveways “from the road to the back of the new sidewalk,” as well as extending cross drains as needed. The project aims to enhance pedestrian and bicycle safety by incorporating “Vision Zero” principles, such as ADA-compliant sidewalks.
“I have been advocating for Rodgers for years,” noted a third survey respondent. “Sidewalks are definitely needed. I was finally able to get sidewalks on part of Tucker Road and the crosswalk, but more sidewalks are definitely needed for students’ safety.”
Construction on the $1.23 million new sidewalk project is expected to begin in mid-2022 with all associated work scheduled to be completed by late 2022.
Cost and schedule data is based on best estimates and subject to change. Reported cost estimates are for planning ($90,845), design and land ($180,058) and construction ($957,447).
As for project impacts, residents and commuters can expect “normal construction noise caused by heavy equipment,” according to county officials. “The traveling public can expect minimal impacts during non-peak times. Safe access to school, homes and businesses will be maintained.” 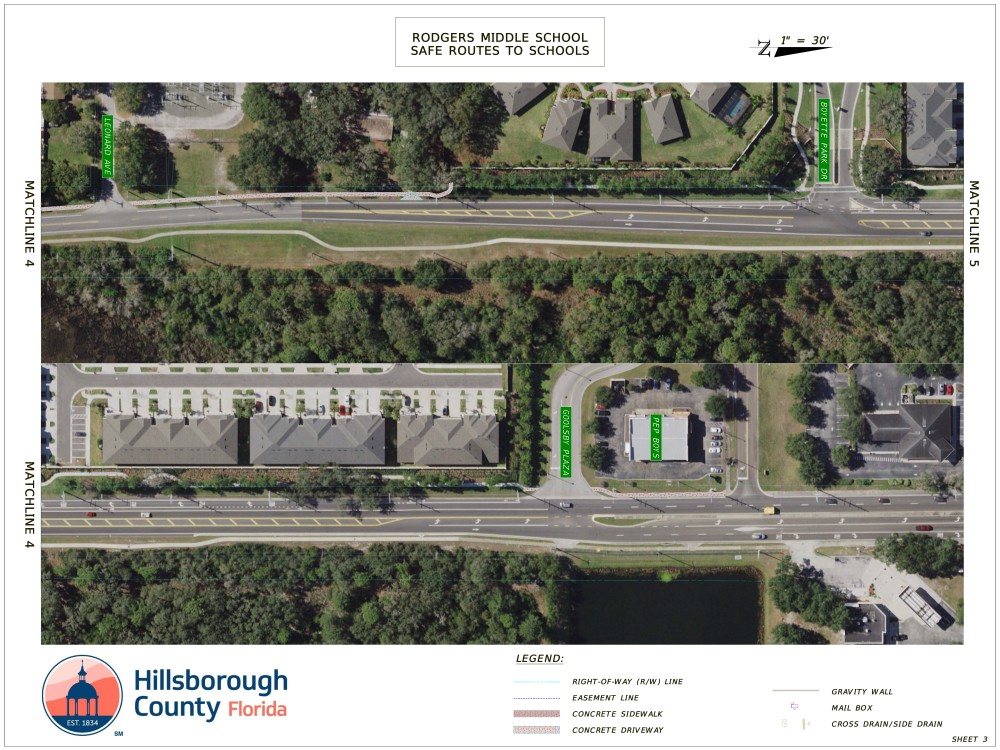 Moreover, while most construction is expected in the right-of-way, “at times it may be necessary to work on private property with prior approval,” according to county officials. In those cases, officials say, “all areas affected by the construction will be restored.”
To learn more and to share your comments visit www.publicinput.com/hcengage/. For more on the National Center for Safe Routes to Schools, visit www.saferoutesinfo.org.