Women and children in the South Shore community lost a passionate advocate Sept. 15 with the passing of Laurie Long Herring, director of Mary & Martha House in Ruskin. She died at St. Joseph’s Hospital South in Riverview.
The 56-year-old Riverview resident helped hundreds of abuse victims escape domestic violence and move on to lives of safety and self-sufficiency. 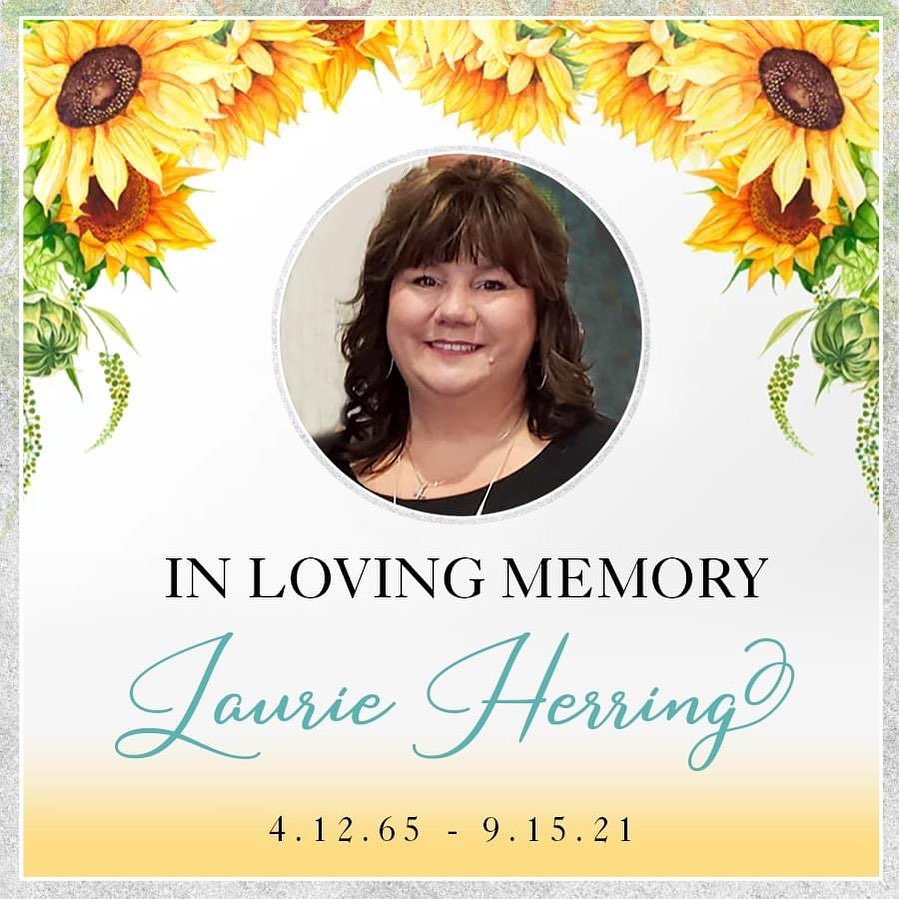 Herring overcame great obstacles early in her life, which led her to a lifelong career of advocacy and service.
“She was a true force of nature and always fought for those who couldn’t fight for themselves,” said her sister, Amy Pacheco. “She could move mountains no one else could.

Her closest friend, Shannon Keil, agreed.
“She gave everything she had to protect women and children,” she said. “Her legacy is the Magnolia House shelter she and Sandy Murman built and the acquisition she negotiated of the (former) RCMA building on U.S. 41 for Mary & Martha House’s current offices and fashion boutique.”
Herring, the eldest daughter of John F. Long III and Ann Long of Riverview, was born in Tampa and grew up in Riverview. She graduated from East Bay High School and went on to earn a degree in criminal justice from Tampa College.
She spent her entire adult life engaging in work serving at-risk children, youth and families. She joined the board of Mary & Martha House in 2008 and became an employee in 2009, working as a case manager, director of programs and housing, then ultimately becoming its executive director several years ago.
“Laurie was a blessing to work with,” said Bill Chini, interim director and board member. “I don’t know if I’ve ever witnessed someone who gave so much every day. The passion she had for Mary & Martha House and everyone she worked with – the staff, the board and the entire community – was second to none.”
Herring was highly respected in the South Shore community.
“Not many people are as gifted as she was with the ability to connect resources and get things done quickly to benefit those in need,” said Melanie Davis, executive director of the SouthShore Chamber of Commerce. “Laurie definitely mastered that skill.
“While the staff at Mary & Martha House has big shoes to fill, I’m certain they’ll be successful, because Laurie was a true leader,” Davis continued. “She left a wonderful legacy, and others will be inspired to continue it.”
Herring is survived by her husband Christopher; her children, Mark Eric James and his wife Natasha, of Mulberry, and Ashley Mattson and her significant other, Brad Archer, Zephyrhills; her parents, John F. Long III and Ann Long of Riverview; siblings, John F. Long IV, of Palmetto, Amanda A. Long, of Riverview, and Amy Long Pacheco, of Paris, Tenn.; grandchildren, Jessica, Eric and Jonathon James, Noah Bundy and Sutton Archer, ages 6 months to 12 years; and two pets. 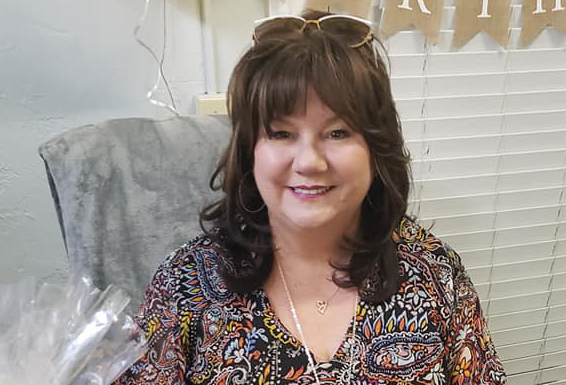 COURTESY PHOTO
Laurie Herring, seen her at her desk at the Mary & Martha House office in Ruskin, was involved with the nonprofit organization for 13 years. She started as a board member and became an employee the following year, working as a case manager, director of programs and housing, and ultimately as its executive director.

Pacheco said Herring’s priorities in life were Jesus, her family, Mary & Martha House and her friends. “She saw beauty in life in just about everything. She especially loved to travel.”
Herring’s celebration of life and memorial service took place the evening of Sept. 22 at The Regent in Riverview. About 300 people attended in person and another 50 online. She was buried at Serenity Meadows that afternoon.