CHAMBER NEWS & VIEWS Be sure to RSVP for that event 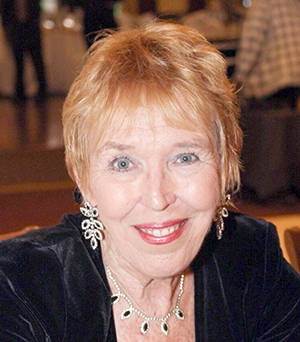 Lynne Conlan is executive director of the South Hillsborough Chamber of Commerce. Call her at 813-634-5111, or email lynne@southhillschamber.com.
Before the pandemic, I was invited to tons of events every week. And that’s no exaggeration. As we are slowly getting closer to our new normal, I am starting to attend more events more often. It has nothing to do with my popularity; everyone’s just so eager be out and about again.
About 90 percent of these events require me to call in an RSVP. That’s fine. People need to know how much rubber chicken to order and, hopefully, how many bottles of wine. They also need to know how many tables and chairs to set up – nobody wants to stand around for hours. And don’t even get me started if they run out of dessert because a few someones forgot to RSVP.
And I’ve found that I face an RSVP challenge for chamber events. I know people are busy, but it just takes a minute to check your calendar and then respond. I went to the experts to find out what I’m doing incorrectly as the RSVP taker. I need that head count for the correct dessert count.
So why do people skip the response stage? I found a website that has great insight but also uses a lot of expletives in its title. So, we won’t mention the site…only its conclusions. Some people just find the burden of responding overwhelming. So, they put it off until it’s too late. Don’t know why. Just know they won’t be responding – ever.
Then there are those who don’t want to commit because they think a better offer might come along. Nice. And some people are just disorganized. You mailed them an invite? It’s buried in a pile of junk mail at home or at the office. You emailed it to them? Probably got lost in a sea of spam, or so the recipients claim. Phone messages? And still no RSVPs. It just doesn’t fit into their world order….or, rather, disorder.
So what’s the best advice to get those RSVPs rolling in? Let’s start with Emily Post, queen of etiquette. She said, “Anyone receiving an invitation with an RSVP request is obligated to reply.” You see what she said? Obligated. And who is brave enough to question Emily Post about etiquette? Not me! Okay, Emily is on my side. I found other suggestions. One of them said this: “Before you send out the actual invites, send out save-the-date notices. And do that several times.” I do.
Another tip? Post your event on Facebook. Chamber also does that. But the maddening part about Facebook is that it has only three responses: Going, Not Going and Maybe. “Maybe” is going to mess up the dessert count.
One RSVP count staring the chamber straight on is the Chamber Golf Classic, coming up on Friday, Oct. 15, at the magnificent Club Renaissance in Sun City Center. If you haven’t already RSVP’ed with the names of your foursome, you have missed the Early Bird Special pricing. However, if this latest plea just got your attention, I know “people,” and I can probably get you in. Besides a great day of golf and a fantastic lunch, with the chance to win great raffle prizes, I know what we’re having for dessert. So, give me a call! I can still order enough dessert, which apparently has been my actual goal all along.