The Sumner Stingrays continued their winning streak with their third decisive victory in a row on Friday night in a home-game matchup against Spoto High School with a 41-12 defensive dominated victory. The Stingrays now stand at 3-1 on the season and will look to sting the Plant High School Panthers on Friday night, Sept. 24, at 7:30 at Sumner HS. 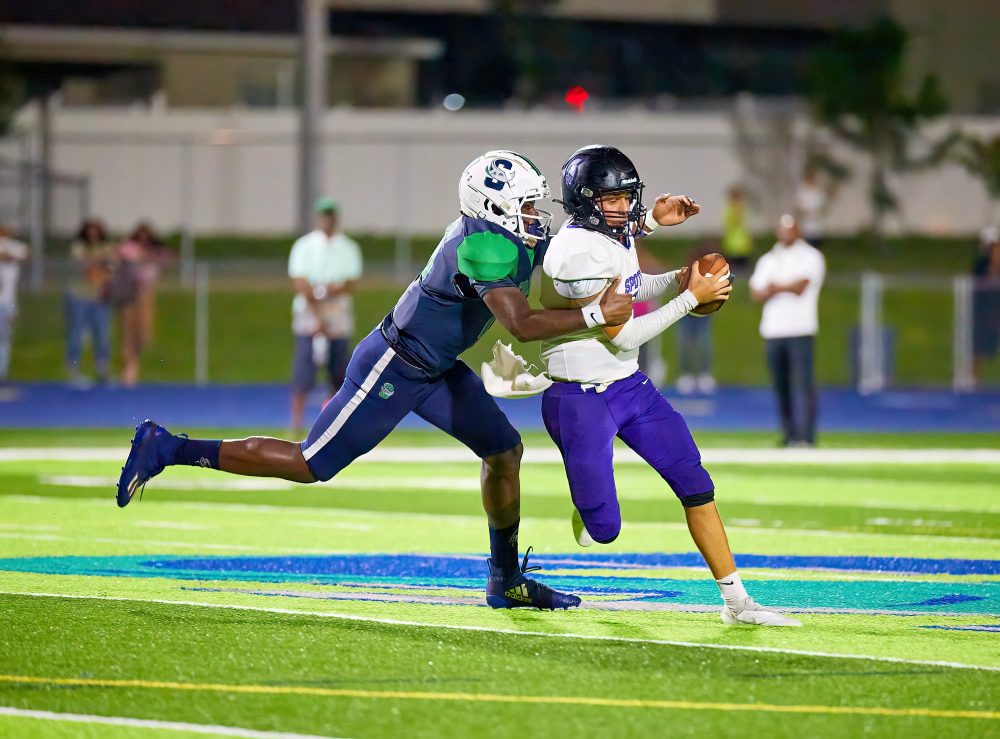 Stingray sophomore DJ Jones puts pressure on the Spoto QB for the sack.

This night would be different for the gritty Sumner squad. In two consecutive wins, dominated by early and often scores by the offense, it would be the defense and special teams that would get the scoring started for the Stingrays. Sumner opened the scoring with Freshman DB Jaidon Walker stepping into a Spoto pass and taking it back the other way for a 72-yard TD at the 7:34 mark of the first quarter. Sumner’s special teams were up next to put points on the board. Stingray junior RB Kylen Webb received a punt and returned it 52 yards for Sumner’s second TD score on the night. Kylen would follow up shortly after with a 35-yard TD run on a drive that was kept alive by a Spartan roughing the punter penalty for a 21-0 Sumner lead. Sumner had not given up points in its previous two victories, but that would change before the first quarter would end on a Spoto kickoff return for a TD. Sumner’s only second quarter points would come on another Kylen Webb 32-yard TD, capping his three scores in-a-row sequence. 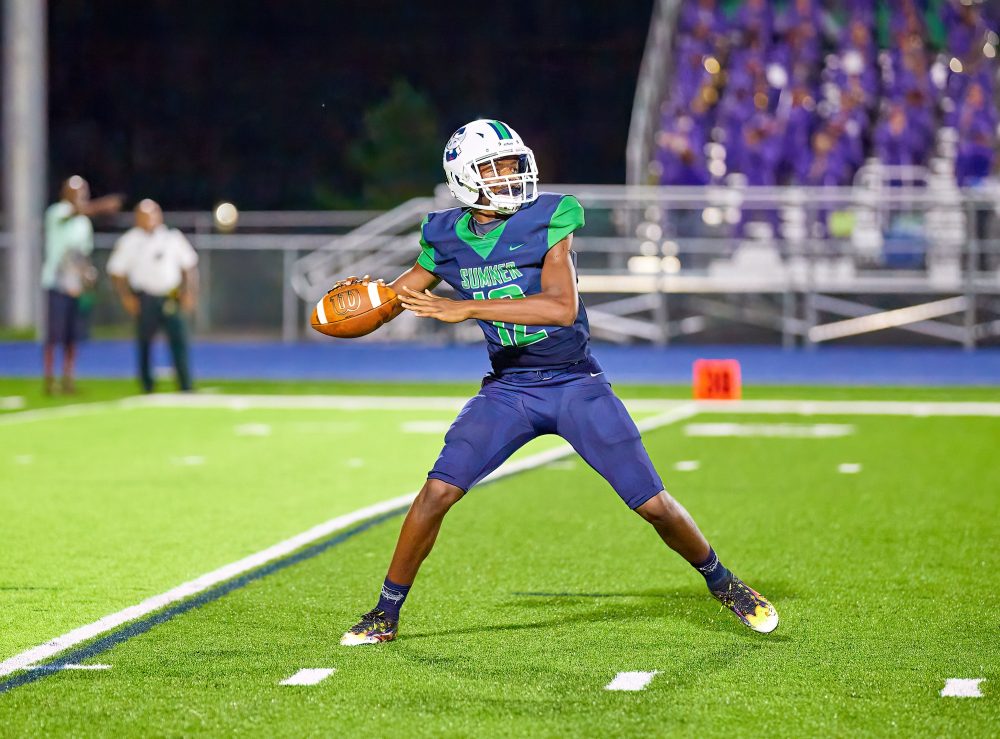 Sumner QB Greg Smith III gets ready to launch a pass during the Stingray 41-12 victory over Spoto. 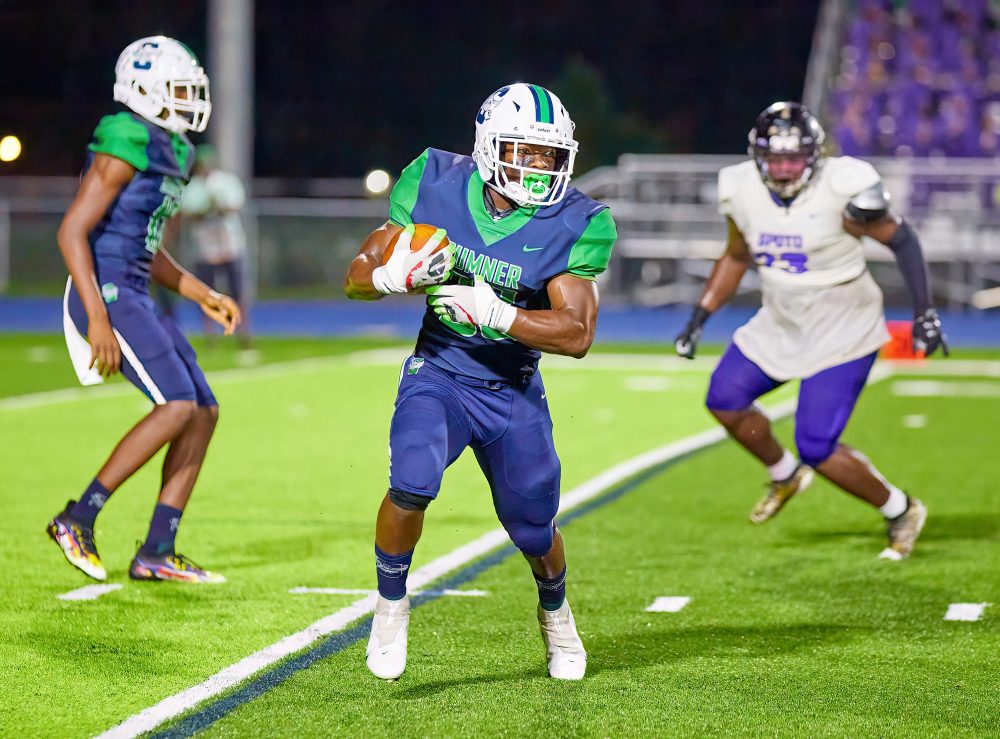 Stingray Justin Mitchell takes the handoff and makes his way to open space.

Sumner’s defense would continue to be a factor in setting up the offense with junior Zach Walker picking off the Spoto QB who was under constant pressure on the night. Sophomore running back Devine Spencer would cash in with a seven-yard TD. Spoto still showed life with another kickoff return for a touchdown to close the third quarter with Sumner up on the scoreboard 34-12. Sumner soph. QB Greg Smith III would add a four-yard TD late in the fourth quarter to close the scoring at the final of 41-12. It was the defense that set the tone for the night for Sumner by forcing four turnovers and harassing the Spoto offense. Stingray LB Al’Vondre Lewis led the defense with five tackles, seven assists and two sacks for the night. The Stingray offense was dominated by a ground attack that piled up 169 yards, spread out among four Stingray running backs. Sumner is showing its ability to have both the offense and the defense take over games and compliment the other units to finish off opponents, and tonight was the defense’s night to get the night started for the offense. Will the offense or defense set the tone against a 3-0 Panther squad? If you can’t make it out to Sumner HS for the game, keep an eye out for the Observer update next week.

Stingray Justin Mitchell takes the handoff and makes his way to open space. 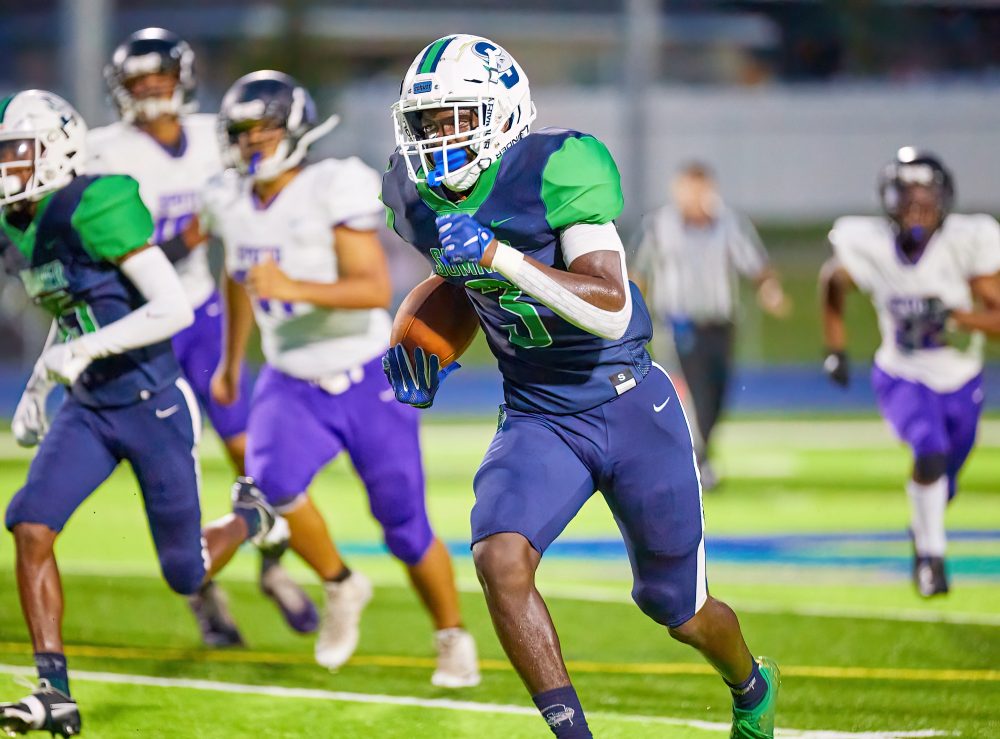 FRANCIS FEDOR photos
Sumner RB Kylen Webb turns the corner on his way to a score vs. Spoto HS. 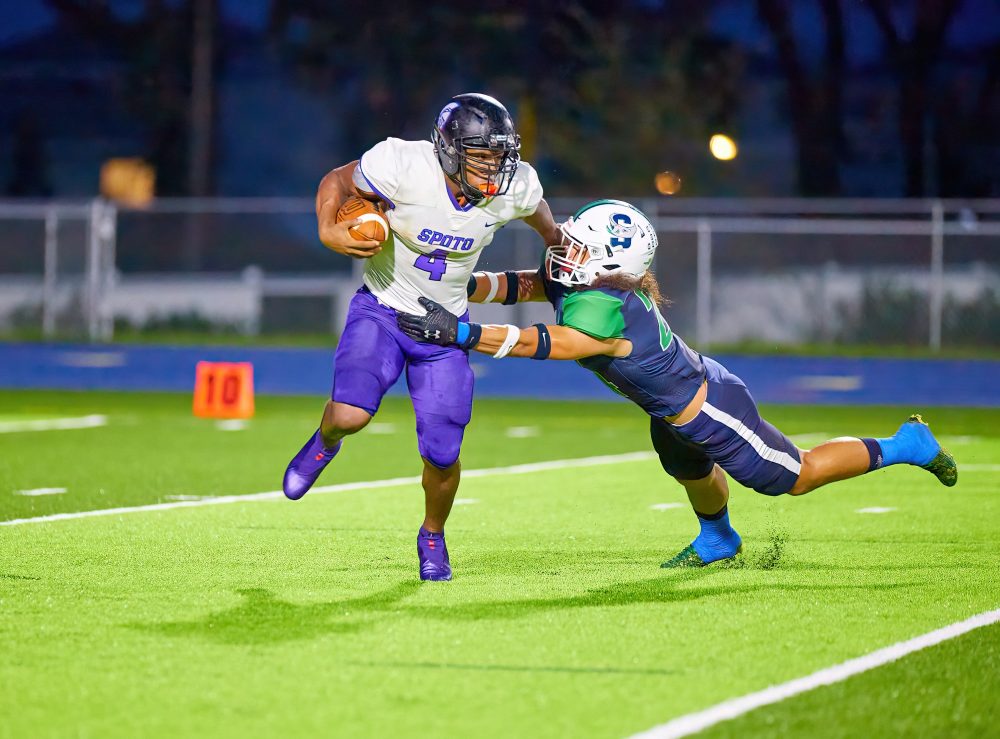 CHAMBER NEWS & VIEWS Welcome back to being on time