By LINDA CHION KENNEY
Space is running low at the Hillsborough County Pet Resource Center, where officials say the need is urgent for volunteers who can commit to foster a cat or dog for two to four weeks.
Along with helping to free up much-needed shelter space, volunteers are asked to provide useful feedback on each pet they foster; this improves the chances of a perfect, permanent new-home placement. 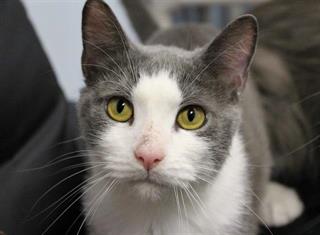 In seeking “pet success” stories, shelter officials hope to entice wannabe pet owners with just the right incentive to push them off the fence and into the field of pet adoption.
One such story was submitted by Evelyn, who said she found particularly useful the feedback offered on her family’s new pet, which her daughter named, “Brownie.”
“Couldn’t be happier,” Evelyn said in her pet success story. “They give you full reports on the dog and no surprises.”
Hillsborough’s online kennel information is updated daily every 30 minutes, with a pet’s status updated every 15 minutes.
According to an online check early Monday morning, there were 214 dogs and 110 cats available for adoption, four stray or lost pets and 29 pets to foster, including six domestic shorthaired cats named Angelica, Mickey, Nova, Skittles, Stevie and Vance. 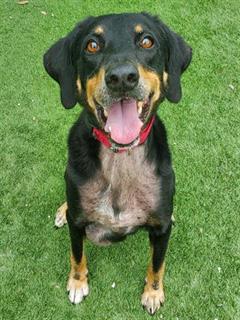 Available for foster, Sebastian, a Black and Tan Hound

Among the dogs available to foster were 11 American Staffordshire Terriers, three Jack Russell Terriers, two Labrador Retrievers, two Trail Walker Hounds and one each of the following: American Bulldog, Bull Terrier, Black and Tan Coonhound and Catahoula and Basenji, which according to the American Kennel Club (AKC) are known as the “leopard dog” and “Africa’s barkless dog,” respectively.
Pets featured to foster have been in the shelter, on average, for 52 days, ranging from five days for Buddah, a Jack Russell Terrier, to 98 days for Pooh Bear, a micro-chipped, male-neutered American Staffordshire Terrier. On average, the six cats were in the shelter for 60 days; the 23 dogs, for 50 days.
Count among them Blueberry, Briggs, Benjamin Brown, Charles, Daisy, Franny, Ivan, Kovu, Mileena and Mr. Rogers, who, along with Pooh Bear, bear a breed designation that according to the American Kennel Club (AFC) connotes a “smart, confident good-natured companion.” The American Staffordshire Terrier shares much in common with the American Pit Bull. 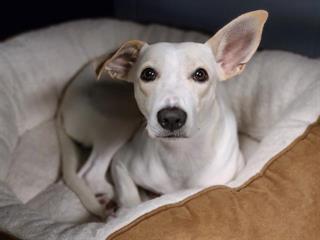 “AmStaffs,” as they’re known to their fans, have the highest “lovey dovey” ranking for “affectionate with family” and the highest level “vigilant” ranking for “watchdog/protective nature,” according to the AFC. The club ranks breeds in 14 categories, as well as for coat type and length. The site also offers for each breed average sizes and life expectancies.
For example, the short- and smooth-haired AmStaff ranks low for drooling and shedding levels and for the need to “coat groom frequently.” Out of five ranking levels, the AmStaff ranks in the third-highest level for being “good with children” and “good with other dogs” as well as for “mental stimulation needs” and playfulness, adaptability, trainability, energy and barking levels. It ranks in the fourth-highest level for “openness to strangers.” 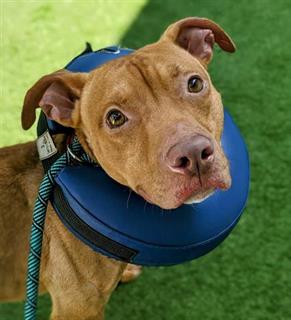 Fosters can view for themselves dogs and cats available by visiting Hillsborough’s online kennel. Once they select an animal or choose to browse the kennel in person, it’s time to call 813-744-5660 to submit a foster request.
Center staff “will contact the potential foster parent to schedule an appointment to adopt or browse the shelter,” according to county officials. “Requests to adopt that include all files and a pet ID number will receive priority scheduling.”
The Pet ID, which begins with the letter “A” and includes seven numbers, is available online. Required files include the potential foster’s contact information and full name (as shown on a driver’s license or state-issued ID), for which an upload scan is required.
Want to help but not ready to foster? Center officials ask that you spread the word that fosters are needed and consider volunteering at the center. 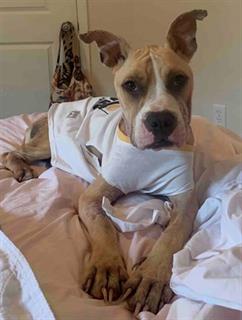 Visit: Facebook and #PRCPets to get the latest updates on the shelter and its animals. Visit Hillsborough’s online kennel at www.HCFLGov.net/prcKennel. To learn more about breeds, visit the American Kennel Club at www.AKC.com.

The Hillsborough County Pet Resource Center is at 440 North Falkenburg Road in Tampa, one mile north of Adamo Drive/State Road 60. Call 813-744-5660 and select Option No. 2 for adoptions, tags, licensing, spay and neutered vouchers and pet and stray surrenders. Select Option No. 2 for animal control concerns, including reporting for cruelty, abuse, neglect, bites and dangerous and aggressive dogs. 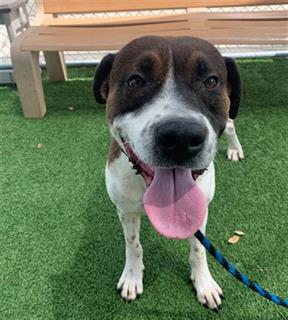 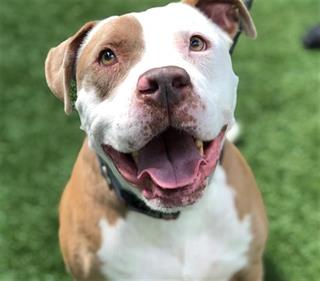