One of the worst impacts of the pandemic has been its toll on people’s mental health. Hardly anyone is left unscathed, but for some the toll has been devastating.
Community Resource Deputy Jeff Merry, of the Hillsborough County Sheriff’s Office, has seen some alarming trends in the increase in domestic violence, assault and battery, even suicide in the Sun City Center area. Most incidents are between neighbors or spouses, he said. 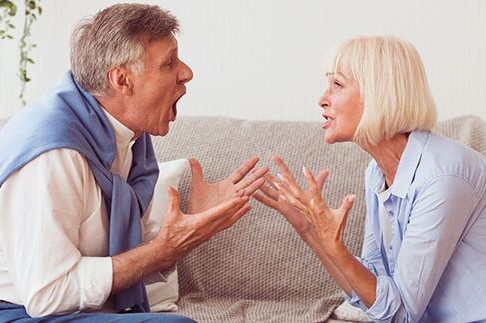 STOCK PHOTO
These days, people are fighting with each other over things like being asked to put on a mask by a store employee or political differences. Having lost compassion and empathy for each other, their conflicts are increasingly becoming physical.

“The spike is really becoming alarming,” he said. “It’s up 154 percent over the five-year average (2016 to 2019).”
During those years, about 70 incidents a month were reported locally. There were 110 calls just last month alone and 110 during the same month last year.
Suicides are also up. Normally, one occurs every other month. Over the past two months, there have been six.
Merry attributes the increases to the pandemic, to last April’s business shut down, mask mandates, isolation, quarantines and the unknown. Then there are the extreme political divides between family, friends and neighbors and a constant barrage of negative news.
“We have so much anxiety in not knowing what tomorrow brings,” Merry said. “We’ve lost our empathy for each other.
“We seem to have come full circle and are right back in it this year,” he continued. “I think this has caused us to lose a lot of our composure and compassion. It’s especially hard on Sun City Center residents, where the average age is 73.”
Licensed mental health counselor Anna Lively, of Lively Therapy, noted mental health in Sun City Center often is caught up with dementia, Alzheimer’s and other issues. It’s exacerbated by the continued isolation, COVID-19 pandemic and fears of dying and not seeing family.
“Your feelings are your feelings,” she said. “The question is, ‘Are they rational?’”
Merry said there are things we can do to help ourselves or others who are struggling.
“Realize we’re all going through together. No one is truly alone,” he said. “Be a little more understanding and compassionate and reach out to neighbors and friends, especially those who live alone.”
There are also free community resources available.
• Dialing 211 connects us to the Crisis Center of Tampa Bay or 741741 reaches the Crisis Intervention Helpline about any type of crisis, 24/7.
• The South Shore Coalition of Mental Health & Aging’s Community Resource Guide is available at the South Hillsborough Chamber of Commerce, online, at many churches, Sun City Center Community Association office, Kings Point North Clubhouse and other locations throughout the community. The guide includes mental health services, connections to area counselors and places to find social interaction.
• Seniors in Service has a program called TelePals, which pairs volunteers ages 55 and older with homebound seniors, providing a regular source of contact with a friend who shares their interests. To sign up or volunteer, call (813) 932-5228.
• Becoming part of a phone tree of friends or neighbors or joining one a local club or community organization can break social isolation.
• The C.A.T.E. Foundation (Conquering Adversary through Education) in Apollo Beach offers complimentary telehealth counseling by two licensed mental health professionals.
“People should consider their mental health as important as they do their physical health,” said Tina McGlynn, C.A.T.E. president. “So many of our problems would be solved if we could just get to the root of them.”
For information or to arrange an appointment, call 813-773-7175.
In times like these, it’s important to consider new options.
“If you are prone to negative thinking, remain open to the possibility of different ways of doing things, including telehealth therapy visits and connecting with others via video or over the phone,” Lively said. “Recognize [that]this will pass.”
• And Merry can be reached at 813-242-5515. 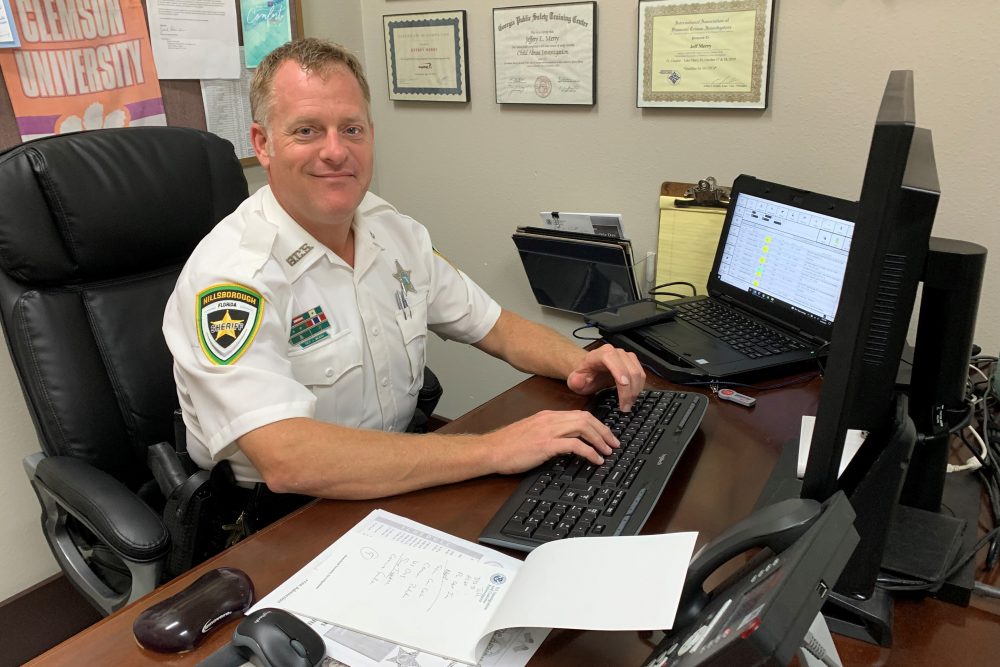 LOIS KINDLE PHOTO
Community Resource Deputy Jeff Merry, of the Hillsborough County Sheriff’s Office, encourages residents currently suffering mental health issues to reach out for help. There has been a 154% increase in domestic violence and assault and battery in the Sun City Center area.

“There has always been an underlying mental health problem in the United States that we don’t talk about,” he said. “But the COVID-19 pandemic has increased levels of anxiety to a point where people have little compassion for each other and, quite honestly, little control over their impulses.
“Being asked to put on a mask by a store employee or fighting over political views is not a hill to die on,” Merry continued. “Some of us are so fraught with anxiety, we can’t even think straight. Attend any community meeting lately, and you can see the angst and frustration people have over everything.”