The East Bay Indians out muscled neighborhood rival Riverview last Friday, 22-0, in scintillating South Shore High School football action. While Coach Mike Gottman’s East Bay squad was taking care of the previously undefeated Sharks, the Sumner Stingrays demolished Freedom in Tampa, 61-0. Lennard and Spoto also tasted defeat again. The Longhorns jumped out to a good start but wilted and fell to undefeated Wharton, 55-14. Spoto dropped a 7-0 squeaker to Strawberry Crest when the Chargers jumped on a blocked punt in the end zone in the second quarter. 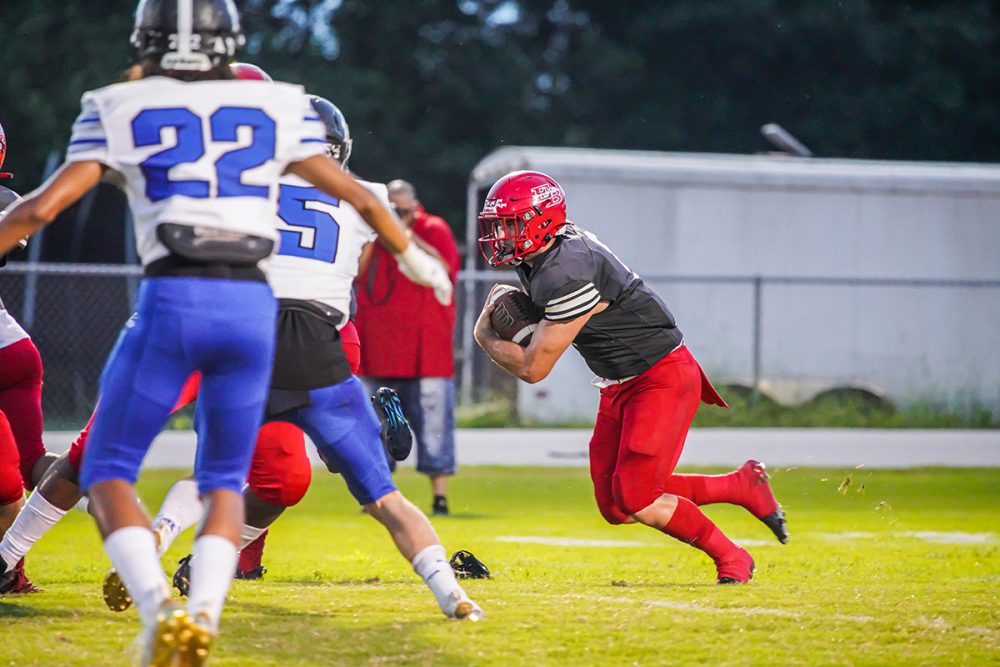 East Bay’s first home game of the season was a success.

East Bay, now 3-0, hosts 2-1 Alonso in Friday night play at 7:30 on Big Bend Road. The Ravens lost last week, 47-17 against Sickles, after wins over Strawberry Crest and Spoto. More South Shore pigskin Friday night play includes Riverview looking to bounce back at 1-1 Plant City. Lennard, at 1-3, is also prepping for a visit to 1-2 Bloomingdale High. Winless Spoto, under Coach Alfred Smith, has the unenviable task of visiting 2-1 Sumner.
Playing at home, East Bay dominated Riverview. After a second quarter nine-yard run for a score by Vincent Ketchup and good pat booted by Nick Linenberger, the Indians continued stellar offensive and defensive efforts to whitewash the Sharks. East Bay’s sophomore sensation, Jaelin Sneed, hit pay dirt in the 3rd quarter with an 11-yard scamper into the end zone. Sneed then added two points with a run for the pat. That pushed it to 15-0 in favor of the Indians. Sneed, at 5-11, 230 pounds, then put the game on ice in the 4th quarter. The bulky running back capped an East Bay 10-play 59-yard drive with a 17-yard score. 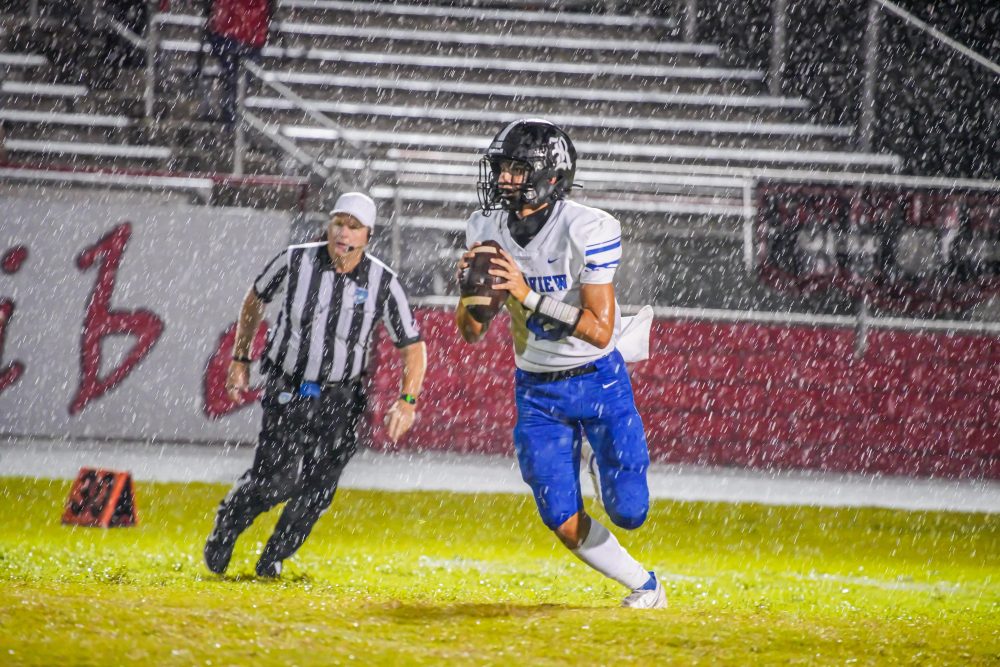 East Bay finished with 291 yards rushing and 38 yards passing. Sneed totaled 127 yards on the ground with a pair of TDS on 17 carries. Junior quarterback Nate Carter hit two of three passing for 38 yards, both to James Thompson. The Indians big D held Riverview Coach Mosel’s prolific offense to only 99 yards and plucked a pair of interceptions. One of these picks, by junior Christian Stewart, set up East Bay’s second score.
East Bay Coach Gottman declared after the game, “ A huge win tonight. I am really proud of the boys for taking coaching and stepping it up in the second half. Now it’s Alonso Friday!” 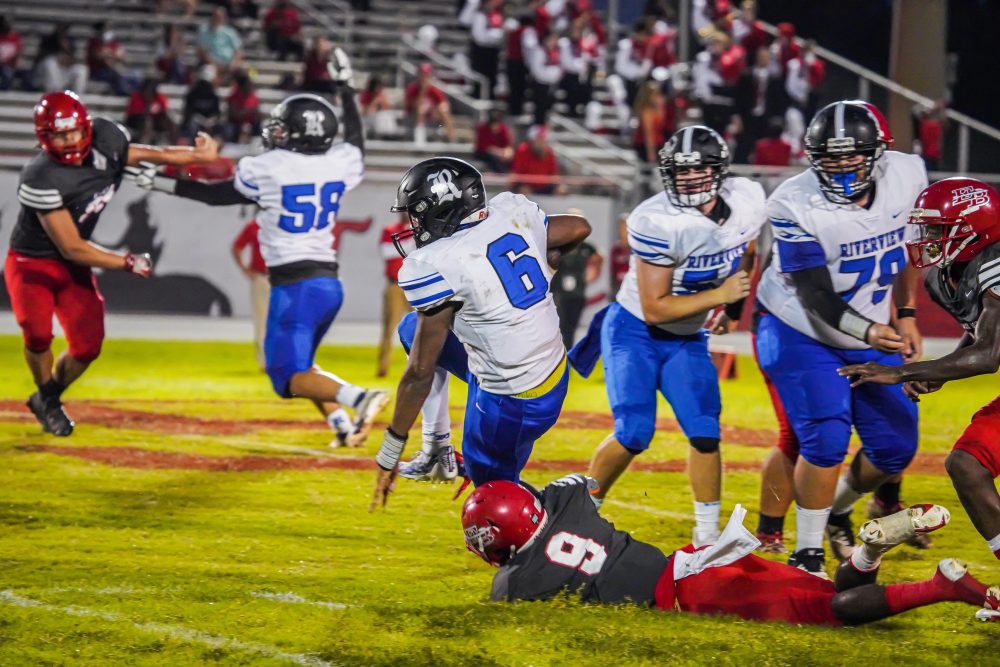 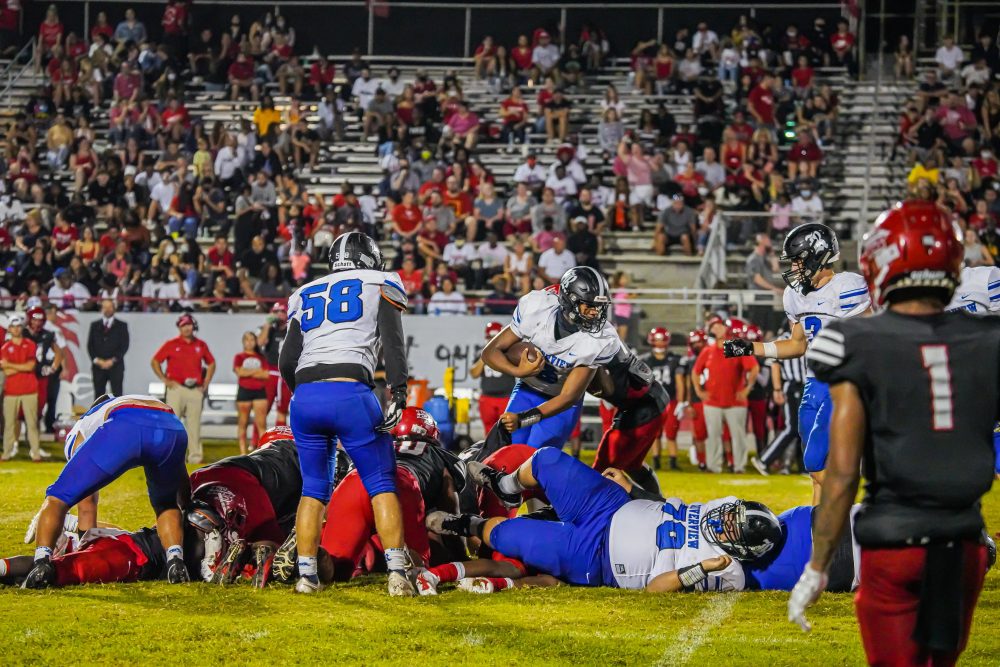 The East Bay Indians chalked up a win over Riverview.

Over in Tampa, Lennard dropped its third game of the regular season on a monster schedule. Coach Matt Kitchie’s Longhorns broke the scoring ice, but unbeaten Wharton came back strong in the second half to secure the 55-14 rout.
After the Wildcats and Horns traded punts, on Lennard’s second drive of the game, senior QB Gavin Henley hit senior receiver Ha’Keem Monroe with a long pass and catch for a 75-yard touch down. The extra kick by Tony Loschavio made it Horns 7-0. Wharton would answer with a long drive and a touch down rush up the middle, tying the score after the extra point, 7-7. Then the two teams traded interceptions, with sophomore linebacker Lleydon Brush recording the pick for the Horns. The game was still anybody’s. The contest was tied 7-7 when back-to-back Longhorn drives stalled. This was followed by Lennard punts and two errant snaps, which gave Wharton a 21-7 lead. Trying to make something happen at the end of the half, Henley was hit on his drop back, leading to another Wharton interception and a pick 6. That made it 28-7 Wharton at half. In the second half, Wharton’s offense came to life. The rout was on. The Lennard bleeding finally stopped with a two-yard run up the middle by senior running back Chauncey Jones, making the final score 55-14. Lennard’s only winning game this season is a 21-16 win over Braden River High Pirates in the August Kick-off Classic. 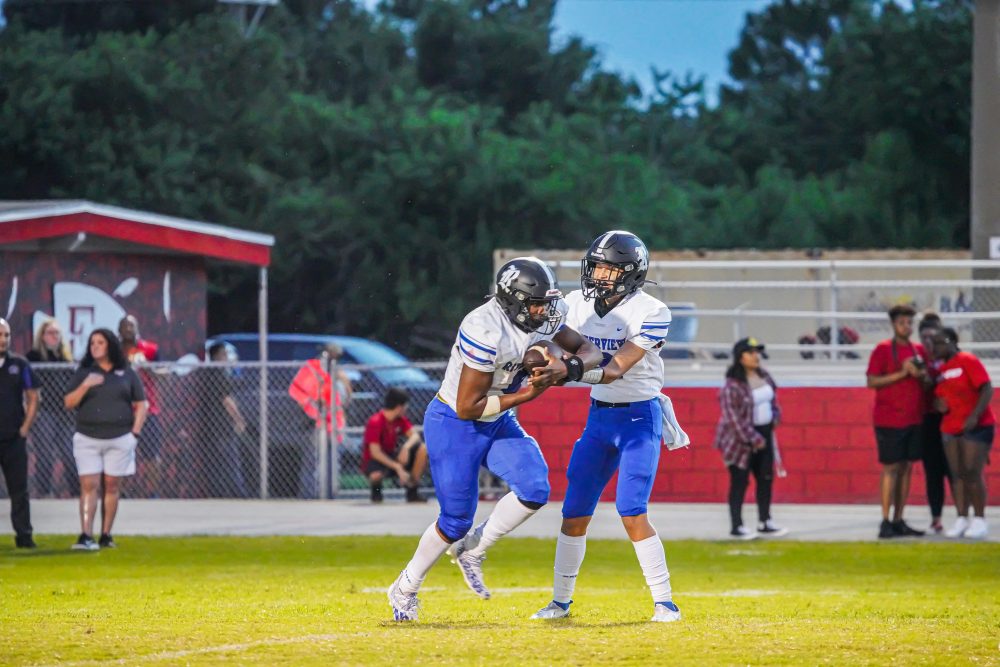