Sumner looks for win after losing to Durant 22-6 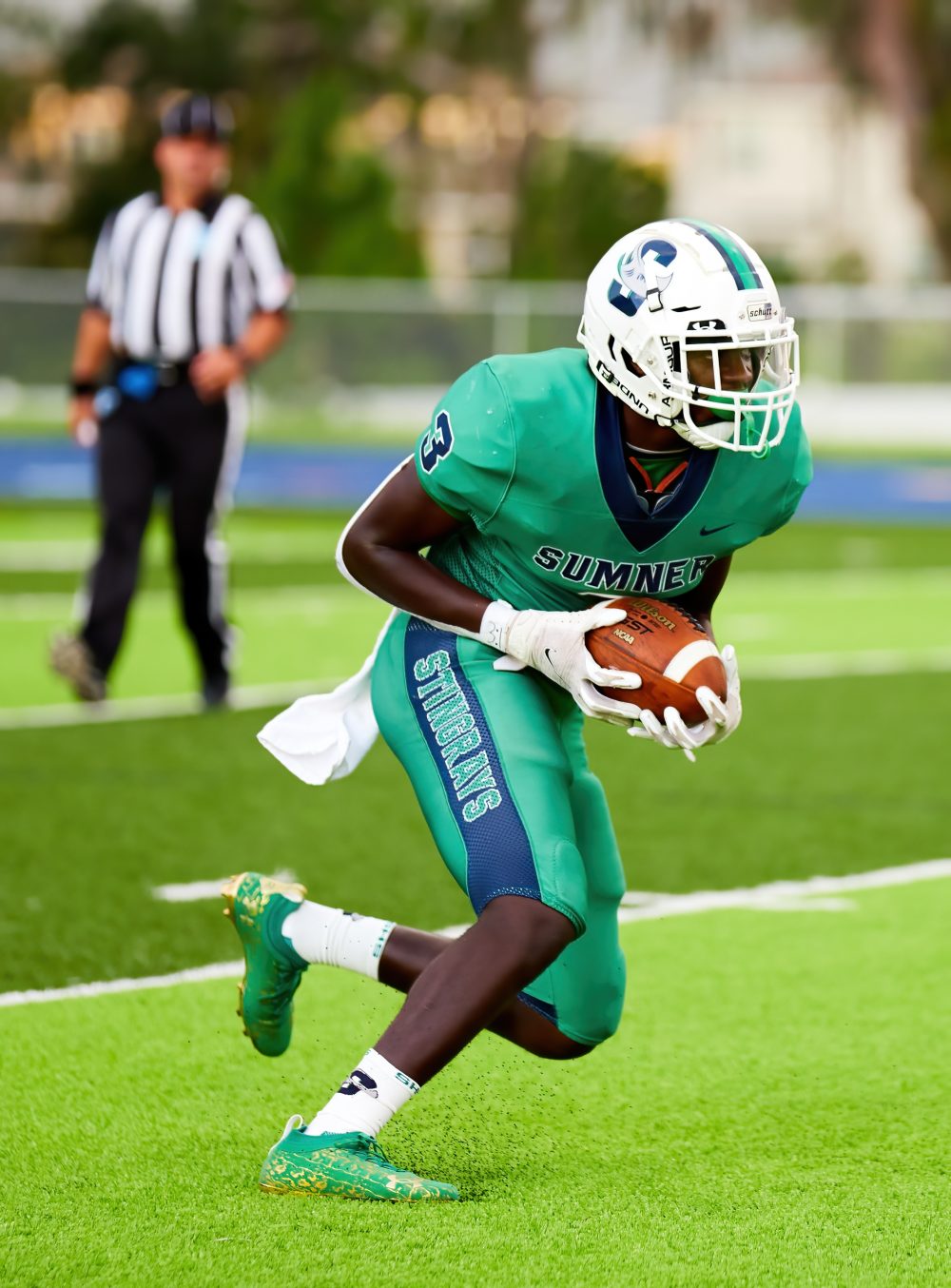 The Sumner High School Stingrays opened their first season of full varsity schedule on the road with a 22-6 non-conference loss to the Durant Cougars. The Stingrays looked to avenge last year’s 34-6 loss at the hands of the Cougars. It would be Sumner’s only blemish on their inaugural 7-1 senior-less season. The Stingrays had hoped for a different result this season but could not overcome the emotion of Durant opening its season at home in front of a raucous crowd of its supporters. Durant played strong at home in the 2020-21 campaign, losing only a single game, making it a tough match up for the Stingrays. Sumner saw the debut of sophomore QB Greg Smith, who completed six passes for 93 yards. Smith also led the Stingrays with 58 yards gained on the ground. Stingray running back Keoni Denny only had two carries at running back, but one of those carries went for Sumner’s only points on the rushing touchdown (conversion failed). Sumner and Durant were almost even in first down conversions for the game with Sumner picking up 12 first downs and Durant converting 15. The Sumner highlight on this night was its QB Greg Smith’s accounting for 151 of its 192 total yards for the game. Head coach Alonzo Ashwood and his well qualified coaching staff will point out the positives from the tough road loss to the still youthful Stingray roster and have them ready for their regular season home opener vs. a non-conference Leto squad that did not play its first game. The game will be played Friday, Sept. 3, at 7:30 pm at Sumner High School.