Yes! The t’s have been crossed and i’s dotted. After 2-1/2 years on the market, SouthShore United Church of Christ (SSUCC) has sold its Sun City Center property on LaJolla Drive and Pebble Beach Boulevard N. for $1.5 million to an Orthodox Jewish Community.
The 3+ acre property has been a community landmark since it was first established in Sun City Center in 1964 as United Community Church. As SCC’s first church, it attracted persons from numerous denominations and grew its congregation to 1,000 by the mid-1970s, but membership shrank as new community churches were established. More recently, the congregation narrowed its focus to align the church more closely with the United Church of Christ and the name was changed in 2017 to reaffirm this denominational affiliation. Website: uccfla.org 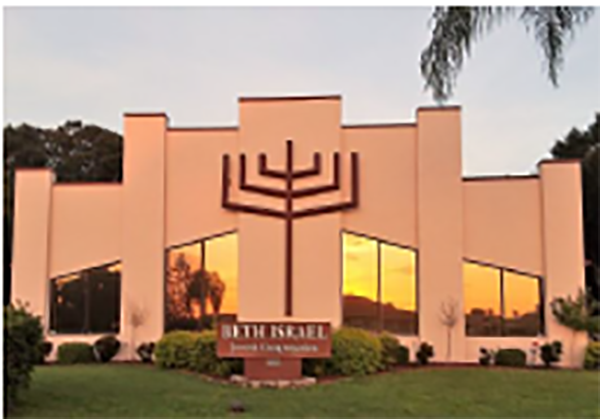 David Lickfeldt, South Shore United Church of Christ congregation moderator and leader of the parish council, said, “The board of trustees is pleased that the building is finally sold. This gives our congregation a way to move forward.” During this transition period, SSUCC is holding worship services at Temple Beth Israel, 1115 Del Webb E Blvd., on Sundays at 9:30 a.m. SSUCC has had a relationship with Beth Israel since the1980s. It was cemented over 13 years in the ‘80s and ‘90s when the Beth Israel congregation held worship services at the church before the synagogue was built.