A new sign on the corner of LaJolla Drive and Pebble Beach Boulevard N. announces that an Orthodox Jewish Community Center is being established on the recently purchased site.
Having only closed on the property in late July, Rabbi Yisrael Taussig, leader of the Beled sect, said that they have work to do to the building to make it suitable for their needs and have applied for required permits. It is too early for activity timelines to be established, but they do expect some of the earliest will be special events, social gatherings and a kosher food pantry. They then will add a day care and school (to grade 8). It will not be used as a worship center because of the distance from Wimauma. 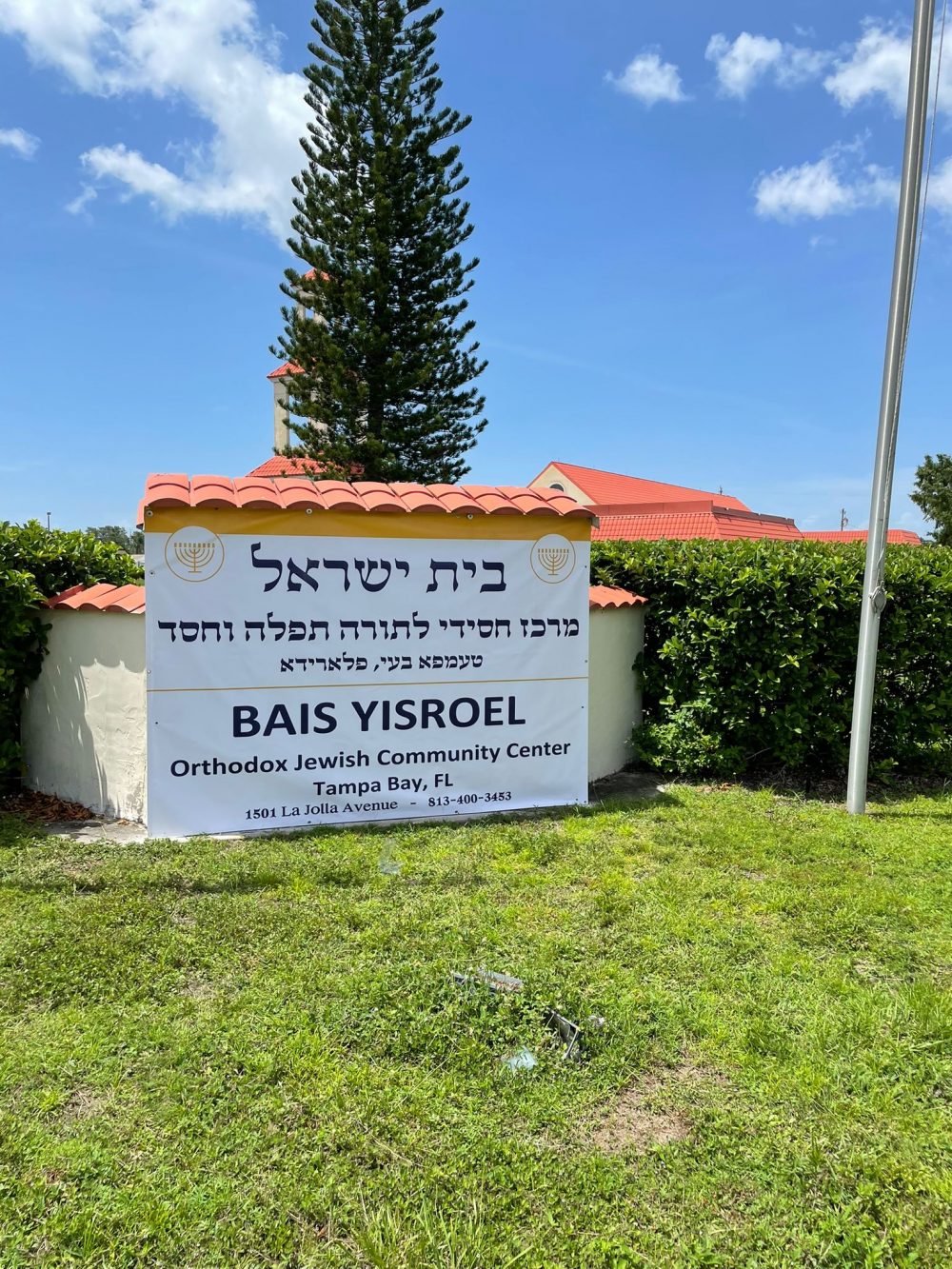 There has been a steady Jewish migration from New York to Florida in recent years, with a surge in recent years by young families. According to Rebbetzin Malka Taussig, they expect about 500 families to move to south Hillsborough County in the next two years, some Beled and some a mix of all Chassidic followings. Twenty-five families have already moved from Boro Park (Brooklyn) to Wimauma’s Serono and Creek Preserve communities, and about 50 more will soon be finalizing home purchases. She cites Florida’s offerings of lower taxes, cheaper housing, good paying jobs and state-supported private school scholarships as factors influencing young families to make the move.
Rabbi Taussig says that continued growth of this new Jewish community will lead to purchases of additional property for worship and community centers and that the Tampa Bay economy is already feeling a positive impact from their migration. Just this year, investors have purchased nursing and adult facilities, HUD units and entire rental complexes.