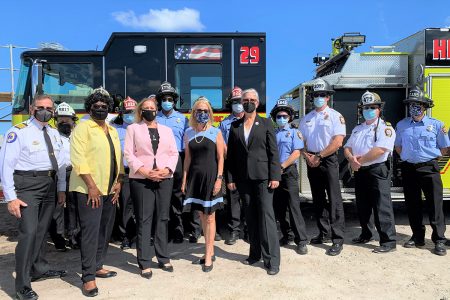 It will replace the much smaller, 39-year-old fire station at 626 Golf and Sea Blvd., built by the County in the heart of an Apollo Beach neighborhood. 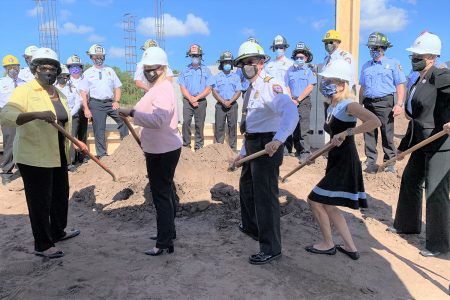 Its features will include

• the latest technology to reduce cancer risk for the department’s men and women, including a laundry and showers between the apparatus bays and the main part of the station so firefighters can decontaminate before entering their living quarters. Such features help protect firefighters from cancer-causing carcinogens released in the smoke of modern day fires.

Fire Chief Dennis Jones said the replacement of Fire Station 29 was critical in an area of such high growth. 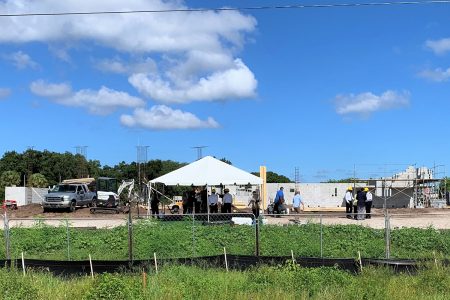 Construction of the $4.3 million, 10,000-square-foot replacement facility for Fire Station 29 in Apollo Beach is expected to be completed by the summer of 2022.

“Some of our older stations were built in the 1970s and 1980s,” he said, noting they’re far too small for meeting today’s firefighting and rescue needs.

Citing HCFR’s 38-foot Fire Boat 29’s incredibly fast speed and versatility in navigating shallow water and pulling up to beach areas, she likened it to “a Batmobile on water.”

The boat responds to boat fires, medical calls and other nautical emergencies and can spray up to 3,500 gallons of seawater per minute from its deck guns. It also has the capability to put out fuel fires with foam retardant.

Working closely with the Coast Guard, its crew covers a 42-mile shipping channel and surrounding waters from Port Tampa Bay to west of Egmont Key at the mouth of Tampa Bay.

Smith was joined in her accolades for the new station by Commissioner Gwen Myers, District 3, and Kimberly Overman, District 7, countywide.

Capping the ceremony, the commissioners, fire chief and county administrator grabbed shovels and formally broke ground on the site.

Construction of the $4.3 million facility is expected to be completed by the middle of next year.