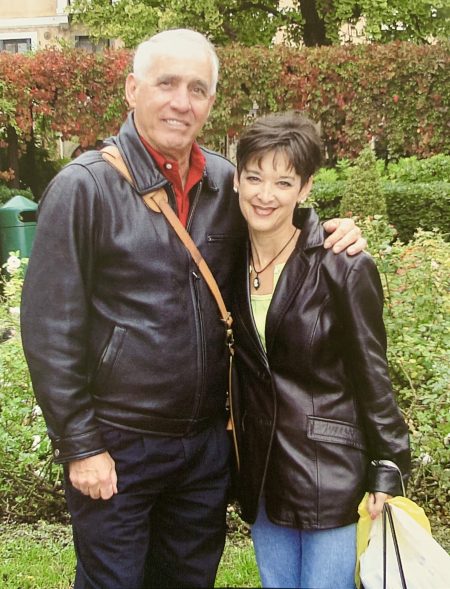 Cal Henderson Jr., with his wife of 38 years, Jeanne Henderson.

Under rain-drenched umbrellas they arrived at The Regent in Riverview to celebrate the life of Cal Henderson Jr., the patrol deputy who rose to the ranks of sheriff and is remembered as much for his integrity and strength as he is for his caring and kind nature.

So reads in part the description of the man memorialized in the proclamation for Homer Caddell “Cal” Henderson Jr., signed by Tampa Mayor Jane Castor for the occasion of Henderson’s memorial service, held July 28. 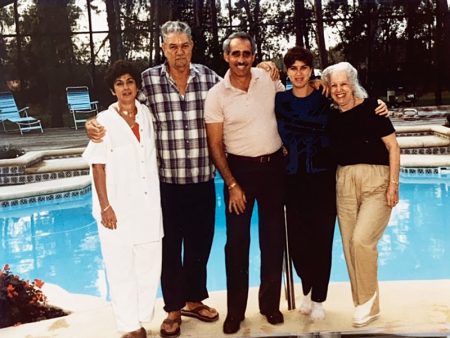 These are among the family photos of Cal Henderson Jr., on view in a memorial tribute at The Regent on July 28

“Well known as a gentleman and for his strong ethics, sense of humor, friendliness and his kind and caring nature, Sheriff Henderson will forever be remembered for his deep love of family, friends and members of law enforcement, for his integrity, strength and his firm commitment to excellence,” reads one section of the proclamation for Henderson, who died July 16, after a long illness, at the age of 77.

Henderson landed his first job in law enforcement in 1965, with the Tampa Police Department. He was elected to serve what would become his last 12 years before retirement as Hillsborough County sheriff, thanks to the voters who elected him for three consecutive terms starting in 1992. 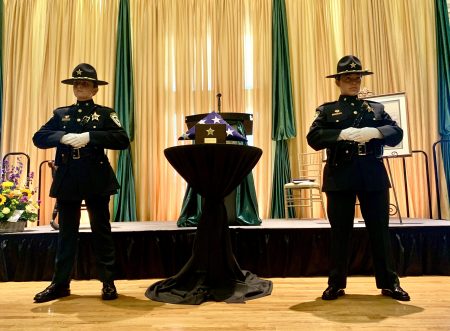 Standing guard at the celebration of life memorial service for former Hillsborough County Sheriff Cal Henderson Jr., at The Regent in Riverview on July 28.

Henderson in 1967 joined the U.S. Border Patrol and then served with the Central Intelligence Agency in South Vietnam. He served also in the U.S. Army and had many community connections, including board service with the Shriner’s Children’s Hospital and the Florida Special Olympics. Opening the celebration of life was a “white rose service,” conducted by James Lich, director of the Order of Jesters Tampa Court 89.

David Gee, whose letter to Henderson’s wife Jeanne was reprinted in the celebration of life program, succeeded Henderson, who served as the county’s 28th sheriff.

Gee said he first met Henderson as a youth in the Hillsborough County Sheriff’s Office (HCSO) Explorers program, where Henderson in the early 1970’s already was “a rock star” in the HCSO. “His cool hairdo and demeanor immediately won all of the kids over, and we became fans,” Gee said. 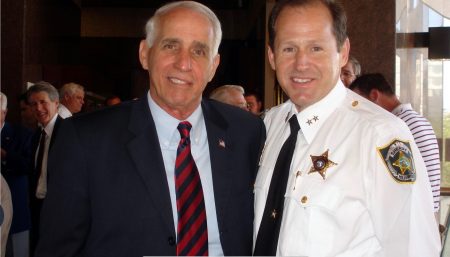 “Although he was soft-spoken, it was a known fact that Cal’s nickname ‘Junior’ had been earned in childhood standing up against bullies, and he was a great backup when things went south,” Gee said. “There are many families of victims that owe Cal a debt of gratitude for the grit, guile and tenacity that he instilled in all of us as we investigated many violent crimes that plagued the 1980’s.”

Gee said it was a “great honor” to serve as Henderson’s chief deputy and that it allowed him to learn even more about the man behind the badge. 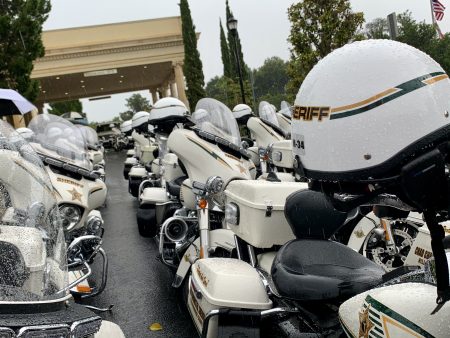 Hillsborough County Sheriff’s Office law enforcement officers came out in force to pay tribute to the life of Cal Henderson Jr., who as the County’s 28th sheriff was elected to serve three terms through 2004.

“The stories about Vietnam you won’t read in a book, the CIA and the Phoenix program, Cal’s time with the United States Border Patrol and the abject poverty that he had witnessed and how it had affected him,” Gee said. “Yes, Cal was a great teacher to all of us, and his resume was more outstanding than any of us had ever known, but yet he was a humble person who I don’t think ever realized what a great man he really was.”

In testament to Henderson’s stature, Chad Chronister, the current sheriff, had his own thoughts to share, both from the podium and in remarks printed in the program.

“Undeniably loyal, passionate and kind, Sheriff Henderson led by example for 12 years at the helm of our great agency, and 23 years before that, in the many positions he held as he steadily rose through the ranks,” Chronister said. “With his wife Jeanne’s unconditional love and support, he dedicated an entire lifetime to the badge and touched many lives along the way.” 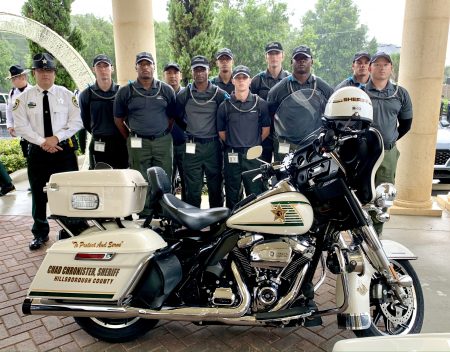 Cadets in formation outside The Regent in Riverview, before the start of the July 28 Celebration of Life memorial service for Hillsborough County’s 28th sheriff, Homer Caddell “Cal” Henderson Jr.

In her eulogy on behalf of the family, sister-in-law Tammy Bracewell choked back tears to pay tribute to Henderson, noting that even in death his “servant’s heart” continues to beat, “becoming an organ donor and allowing his brain to be used for research at the University of Florida.”

“Almost everyone knew him as the sheriff,” Bracewell said. “Our family had the privilege of also knowing him as loving husband, a dedicated son, a son-in-love, a protective father and father-in-love, a dedicated grandfather, a committed brother and brother-in-love and inspiring uncle, he was always available to help when any of us needed him.” 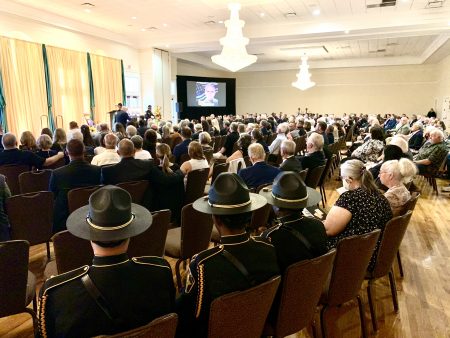 The grand ballroom at The Regent in Riverview was filled with people paying their respects to Hillsborough County Sheriff Cal Henderson Jr., elected to serve three, four-year terms, starting in 1992.

Regardless of what role he was in, Henderson “treated everyone with the same respect and kindness, whether he was talking to someone like General Tommy Franks or to a homeless person he encountered along the way,” Bracewell said.

In closing her remarks, Bracewell asked attendees to take home a “cross of nails” pin and to wear it in remembrance of Henderson. As the cross symbolizes, “Cal was tough, he built relationships, his path was straight and narrow, he had a strong level head and he was sharp,” Bracewell said. “But most of all he was faithful to his sole purpose of being in service to others. We will never forget him and his legacy.” 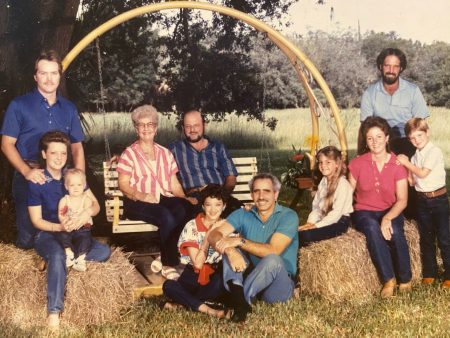 These are among the family photos of Cal Henderson Jr., on view in a memorial tribute at The Regent on July 28.

To write your own words of remembrance and to make a donation in memory of Henderson to LifePath Hospice, visit the www.southernfuneralcare.com website and search for “Cal Henderson Jr.”

Tee up, become a sponsor in upcoming golf tourney fundraiser for veterans