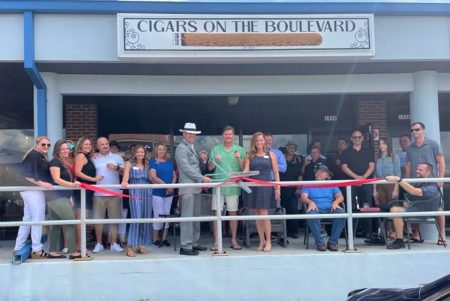 SOUTHSHORE CHAMBER PHOTO
Members of the SouthShore Chamber of Commerce celebrate the June 24 grand opening of Cigars on the Boulevard at 1438 Apollo Beach Blvd.

A fine cigar, adult beverage and the relaxing fellowship of friends represent the good life for some folks, and if you’re one of them, Cigars on the Boulevard is your kind of place.

“It’s so cool. There’s nothing like it in southern Hillsborough County,” said Carrie Elwell, one of the three proprietors of the newly opened business. “The closest cigar bar to us is Brandon or Valrico, and neither has the atmosphere we do. Our Florida coastal décor is classy, yet open and casual. There’s nothing stuffy about us.” 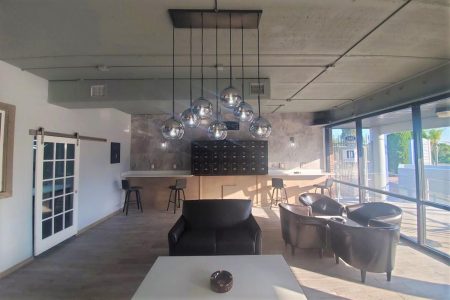 CIGARSOTB.COM PHOTO
The newly opened Cigars on the Boulevard has a Florida coastal décor that’s classy yet open and casual. According to its owners, there’s nothing like this newly opened cigar bar in southern Hillsborough County.

Cigars on the Boulevard is a joint venture between three friends – Elwell, her husband Kevin and the man who conceptualized it, Charlie Buntin.

“My wife Amber told me I had to support my alcohol and tobacco habits, so I decided a cigar bar would be the perfect solution,” Buntin said.

He had talked in passing about the idea with his buddy Kevin for some time, especially while they sat on each other’s porches smoking cigars.

“In 2019, it was still a dream and idea,” Buntin said. “But we started looking for a location last year, and things got serious when we finally found this one in September.” 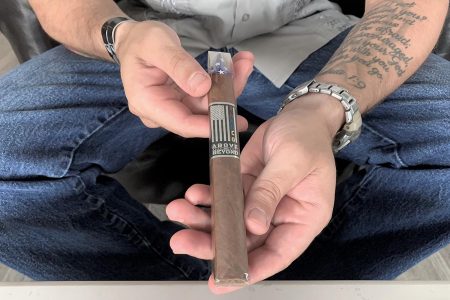 LOIS KINDLE PHOTO
Cigars on the Boulevard co-owner Charlie Buntin holds an Above & Beyond® HEROES premium stogie made by the veteran owned and operated Blanco Cigar Company in Clearwater. 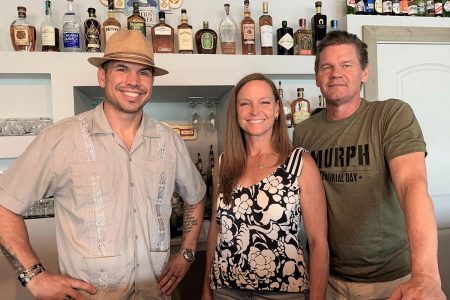 It offers more than 130 different boxes of cigars, including local Florida brands, like Arturo Fuentes, A. J. Fernandez, J. C. Newman and the veteran-owned and operated Blanco Cigars in Clearwater. (Fuentes and Newman, both in Ybor City, are the two oldest cigar manufacturers in the nation.) The cigar bar’s expert staff can assist everyone – from novice to aficionado – in finding the perfect quality stick.

Cigars on the Boulevard’s business model is aimed at providing patrons a variety of cigar experiences, including several unique memberships with exclusive benefits. Founders and VIP members can use the VIP Room for free and even have a three-hour, fine cigar experience brought to their corporate event, party, bachelor’s party or ladies’ night. 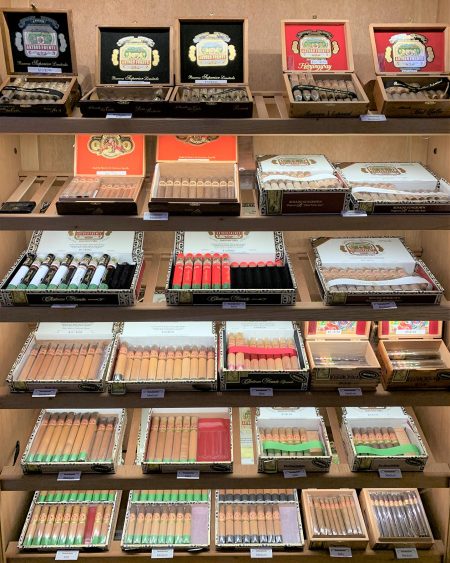 LOIS KINDLE PHOTO
These are but a small sampling of the more than 130 boxes of fine cigars stored in the humidor at Cigars on the Boulevard in Apollo Beach. Its staff is eager to help you select the perfect quality stick.

Business hours are 3 to 11 p.m. Tuesday through Sunday. All major credit cards are accepted.

Better yet, stop in for a cigar, have a drink and share a good story. You’ll be glad you did.