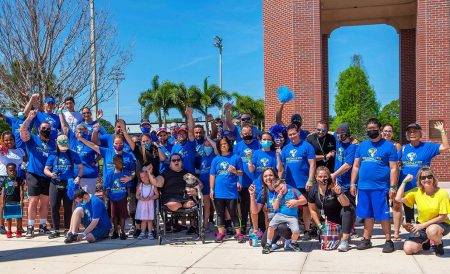 Kyle Wilson of Riverview has been selected to compete in two events for the Special Olympics next Summer. Wilson will be participating in the 100m run and shot put. Wilson stated, “I feel amazed and proud of myself that I’m chosen. I am excited to represent Florida and my Specially Fit team.”

Wilson’s teammate, Omaries Rivera-Perez of Land O’Lakes, will also be participating in the 400m run and shot put. Rivera stated, “I am very excited to continue to compete and reach my goals. I have been training very hard for this opportunity, and I am thankful for all of my coaches.” 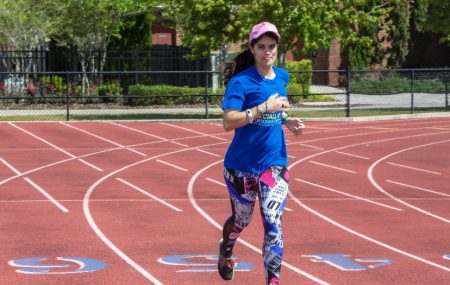 Omaries Rivera-Perez of Land O’Lakes will be participating in the 400m run and shot put.

Wilson and Rivera-Perez did something that thousands of athletes dream about. They both qualified for the quadrennial Special Olympic USA Games competition.

Kyle Wilson, 14-years old, and Omaries Rivera-Perez, 28 years-old, train under coach Mark Oliver and his team, Specially Fit; Oliver and his team offer free Special Olympic training at the BayCare Health Hub Bloomingdale at 2470 Bloomingdale Ave., Valrico. The pair also train at the Specially Fit facility based in Riverview where Specialty Fit, a non-profit, offers physical and nutritional training year round to those qualified at no charge.

Wilson and Rivera are the only two Hillsborough County athletes who made it to the 2022 Special Olympics USA Games. The surprise came to the athletes when Nike athlete Justin Gallegos recently made the exciting announcement over Zoom. 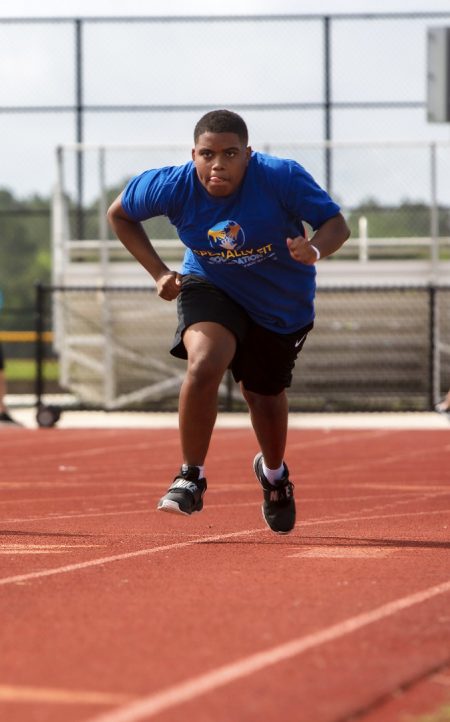 Head coach Oliver said, “Both of these athletes are very deserving of this opportunity, and our entire coaching staff is honored to be a small part of their success. We can’t wait to watch them compete on the large stage.” Coaches aiding Oliver, who is 29-years old, include a husband and wife team, Matthew & Kristin Truman; Leigh Weaver; Yvette Guzman; and James Fowler. Also currently on the coaching staff is Tanya Doran, the president of the Greater Riverview Chamber of Commerce. Coach Oliver is originally from St. Petersburg and formerly played football for USF.

The competition is about a year from now – June 5-12, 2022, in Orlando. The Special Olympic USA Games will unite more than 5,500 athletes and coaches from all 50 states, as well as the Carribean, and house 125,000 spectators during one of the county’s most cherished sporting events. 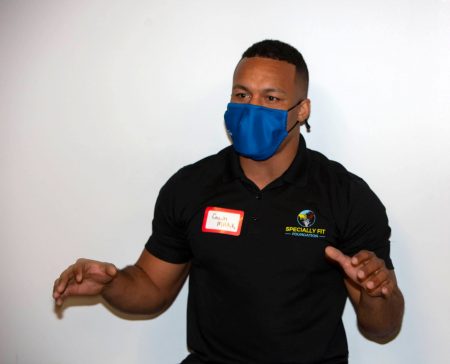 Special Olympics and the Paralympics are two separate organizations recognized by the International Olympic Committee (IOC). They are similar in that they both focus on sport for athletes with a disability and are run by international non-profit organizations. Hosting the prestigious event – the Special Olympics USA Games, whose core mission is to transform the lives of those living with intellectual disabilities through sports, is an honor. Special Olympics USA Games are held every four years and thousands of respected athletes will be coming to Florida and will have the opportunity to fulfill their ultimate dreams and goals right here in Florida. Hosting the Games in the Orlando area not only builds excitement among the thousands of athletes and patrons, but it comes with the potential to generate as much as $61 million dollars in economic impact for the Orlando and central Florida area.