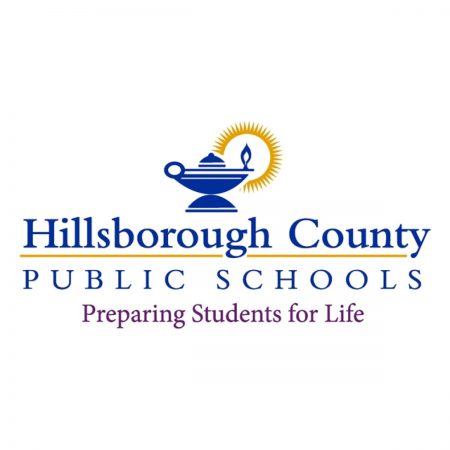 On the cutting block were charters for three schools in the Riverview area, including Pivot Charter School at 3020 Falkenburg Road, which opened in 2011 and serves more than 200 children in grades 6 through 12.

Charter schools denied renewals, including Woodmont Charter School in Tampa, were to receive formal notice from the school district. Next, they have more than three months to study and decide the grounds for denial and if they choose to appeal. The schools can remain open during that time.

Senate Bill 1028, signed into law by Gov. Ron DeSantis this year, would require school districts to pick up the tab for court contests they lose if their charter school decisions are overturned on appeal. Based on the experiences of another school district in the state, that cost could amount to $75,000, said school board attorney Jim Porter at a June 5 school board workshop. 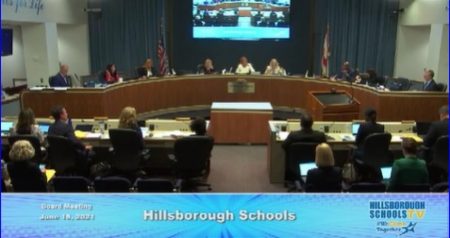 SCREENSHOT/Hillsborough County Schools
Potential conflicts of interest and financial problems were cited as reasons for denial of the charter school proposals.

The unprecedented action on charter school denials took place at the regular school board meeting held later that day. In addition to the non-renewal votes, the Mater Academy, a south Florida organization, was denied sponsorship for two schools in East Tampa.

Votes to deny six charter school proposals at one time stands in shark contrast to the stance of Republican state legislators who proposed, pushed and passed charter-friendly legislation earlier this year.

Among the measures passed in Senate Bill 1028 was one to allow state universities and colleges to solicit and sponsor charter schools, which can serve students from multiple districts with Florida Department of Education approval. Hillsborough school officials would lose sole control of sponsorships and the resulting loss of charter school administrative fees.

Moreover, the bill requires state education officials to develop a framework for judging how well school districts execute their roles as charter school sponsors. It also requires that charter school applications must be considered as they come in, at any point, throughout the school year, and not during a set time as previously required.

School officials say this will put a burden on district staff and that this amounts to “human capital hours lost on an unfunded mandate.”

The overarching issue is a serious one, as the school district is struggling through a financial crisis that brought Hillsborough to the brink of state financial receivership earlier this year. In response to a letter Florida Education Commissioner Richard Corcoran sent to Hillsborough school board chair Lynn Gray on April 22, in which he demanded from Hillsborough a two-year recovery plan to address the issue, Gray sent a letter back dated May 11.

A charter school is a public school of choice, developed by a private, nonprofit group using public funds to serve public school students in a given community. Charter schools are guided by a governing board and operate under a charter contract with their sponsor. This frees charter schools from many of the regulations that affect traditional public schools but not the accountability requirements, such as producing financial reports and positive academic results. Failure to live up to charter specifications can lead to 90-day closure requirements, charter non-renewal or immediate closure due to life and safety issues.

To view and to read the June 15 school board meeting and transcript, visit www.sdhc.k12.fl.us.

A ‘no’ from C.A.R.E. doesn’t mean its staff or volunteers don’t care