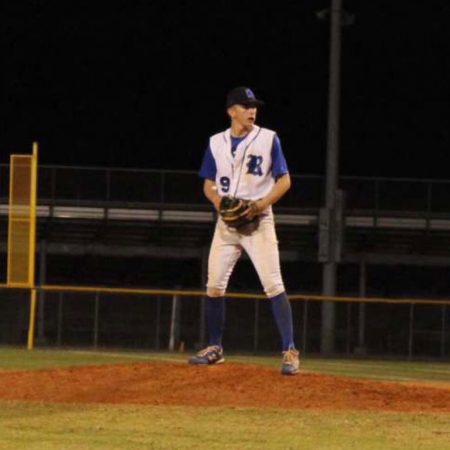 Kipp Kochera was a senior pitcher and third baseman at Riverview High School.

The Hillsborough County Board of County Commissioners recognized in May three outstanding student-athletes with the Wade Boggs Athletic Achievement Award and two Honorable Mentions, including a Riverview High Shark, Kipp Kochera.

The 2021 Wade Boggs Athletic Achievement Award winner is Zach Ehrhard, a senior at Wharton High School. Ehrhard, who hit .438 this season, is lettering in varsity baseball for the fourth straight year and has been a starter since the first game of his freshman year. A shortstop, pitcher and team captain, Ehrhard has a .407 career batting average, with over 40 stolen bases, 26 this season alone. Ehrhard, who has a 5.9 GPA, was named Wharton’s male Scholar Athlete recipient. Ehrhard has donated his time to numerous community causes, including Relay for Life, Students Against Destructive Decisions and WinterFest, an event for needy children. A member of the National Honor Society, Ehrhard will attend Oklahoma State University on a baseball scholarship and plans to major in applied exercise science. Ehrhard is the second member of his family to be honored with the Wade Boggs Athletic Achievement Award. In 2017, Zach’s brother Drew took home the coveted trophy. 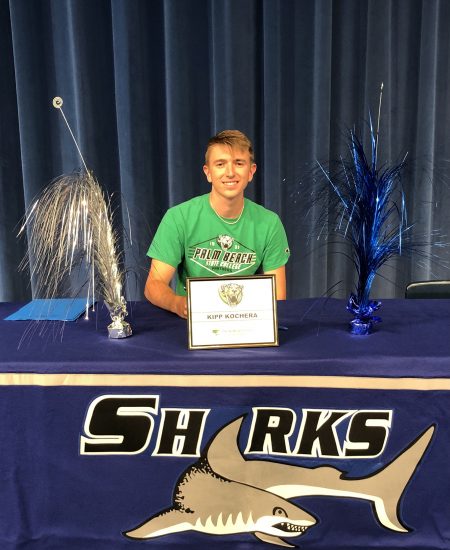 Kipp Kochera was given the Wade Boggs honorable mention award; only three students in all of Hillsborough County earned awards named for the Baseball Hall of Fame player.

Kipp Kochera, a senior pitcher and third baseman at Riverview High School in the South Shore, was a three-year starter. This past season he had two wins, two complete games, two saves and an earned run average of 2.73 in 11 appearances and 33 innings pitched. He hit well over .300 and had a fielding percentage of .947. A team captain, respected leader and Honors student with a 5.3 GPA, Kochera plans to attend Palm Beach State College in Lake Worth to play baseball and study marine engineering. Zen Hiatt of Alonso High School, a first baseman and pitcher, hit .467 this season, with an 18-game hitting streak. In addition, Hiatt, the team’s captain, was one the state’s top home-run hitters with eight this season. He was 2-0 on the mound and did not give up an earned run. Hiatt, whose GPA was 4.82, plans to attend the University of Montevallo in Alabama to play baseball and continue his education.

The Board of County Commissioners established the award in 2005 in honor of first-ballot Baseball Hall of Fame member Wade Boggs. A resident of the Tampa Bay area since he was a boy, Boggs is a 12-time All Star who ended his 18-year Major League Baseball career as a member of the Tampa Bay Devil Rays, who retired his number 12. Boggs’ career statistics include 3,010 hits, 1,513 runs, 578 doubles, 61 triples, 118 home runs, 1,014 runs batted in and a batting average of .328. He reached base safely in 80 percent of his 2,432 career games. The Boston Red Sox honored Boggs on May 26, 2016, when they retired his number 26 in a ceremony at Fenway Park in Boston. 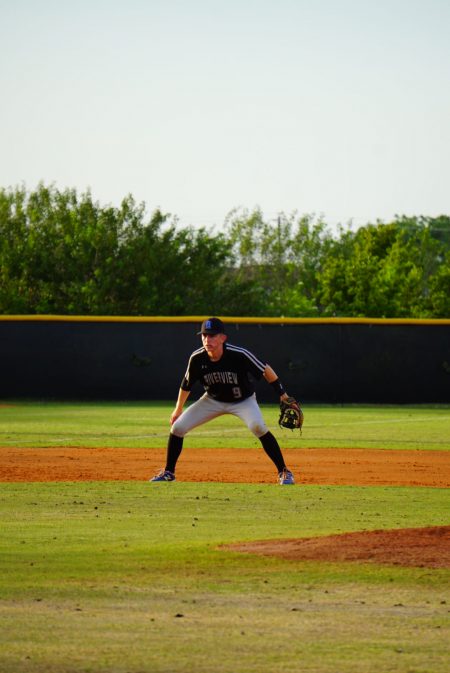 A native of Tampa, the Hall of Fame player has been the hitting coach at Wharton, where his son Bret played until he graduated in 2005. Boggs has continued to stay involved at Wharton, completing his 11th-straight year with the team, this past season as an assistant to Wharton High head coach Scott Hoffman.

Riverview’s Kochera expressed surprise and honor by his designation shortly before his graduation ceremony. The Sharks, coached by Jason Smith, put together a 12-12 campaign in 2021. Kochera was a big part of the Sharks, defensively, offensively, on the mound and in the dugout.

“At the awards ceremony at the commissioners meeting, I was given the Wade Boggs honorable mention award, which was only given to three students in the entire Hillsborough County,” said Kochera.

Kochera concluded, “I am extremely excited and happy about the award because it brought me a lot of pride and joy and made me feel that all my hard work has been paying off. I like to be a role model for my younger brothers, so this really made me feel that I can be a leader for them and set a good example. Outside of baseball I have played three years of varsity football and like to golf and fish. I have taken eight AP classes in my high school career and am graduating with a 5.4 GPA and will be attending Palm Beach State College for baseball.”

Keller Williams Realty South Shore agents give back to the community

Sun Towers provides therapy for patients with lymphedema, including head and neck