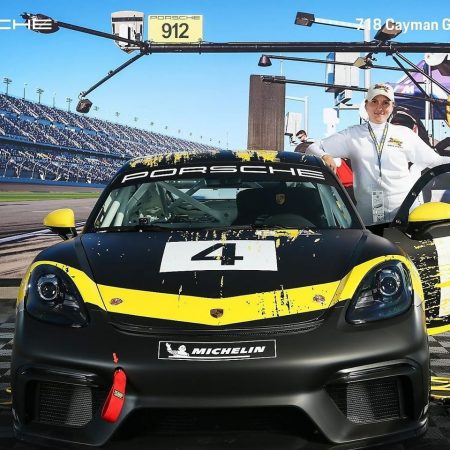 Jonathon Sharkey, now a resident of Ruskin with his Ukranian wife, started playing ice hockey on Myrtle Street in Elizabeth, N.J., when he was in grammar school. Sharkey had a pair of rough and tough brothers, Mike and Rick Dowzycki, who taught their little brother how to play street and, eventually, ice hockey.

“They taught me how to be a right wing,” recalls Sharkey. “However, in eighth grade I decided to start playing goalie. They both were more than happy to shoot balls and pucks at me.”

Sharkey has continued to play hockey in one form or another, either on the ice with a puck or on grass with a ball, as a hobby since high school. “Presently, I play ice hockey at the Tampa Bay Lighting Training Center, the TGH Ice Plex in Brandon. And I play ball hockey where I live in Ruskin with anyone and everyone who wants to play.”

Sharkey is also a member of USA Hockey here in Florida. USA Hockey has granted Sharkey’s request to be transferred to play and to coach in Ukraine. Ukraine, however, is, approximately, a 5,500 mile trip, one way, from Tampa. 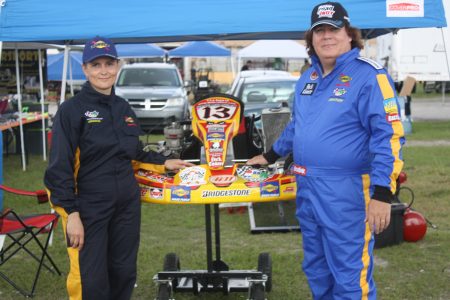 Sharkey developed his interest in Ukraine when he married his wife Oksana, a Ukranian, in 2014. Oksana worked professionally at a Tampa hospital and developed as a car racer shortly after arriving in this area of the US. Sharkey’s idea about doing Youth Hockey in Ukraine started over a year ago. ”

Sharkey contacted the International Street and Ball Hockey Federation (ISBHF); they liked what Sharkey proposed and were happy to work with him in making Ukraine a potential hockey superpower in the future.

“Upon my return to Ukraine in a few weeks, I need to file legal paperwork with Ukraine and make Ukraine Ball Hockey Federation as well as Ukraine Ice Hockey League into non-profit organizations. Then I will have teams registered as well.”

Sharkey’s plan is to allow every Ukrainian youth who wants to play ball and/or ice hockey the opportunity to do so. There will be a team for anyone at any skill level. Sharkey wants the youth of Ukraine to have a chance to live their dreams and maybe represent Ukraine in the Olympics, either in ice or ball hockey.

“I started my twin nieces playing hockey last year when they were 2 1/2 years old. I am also training a neighbor who will be 68 in September to play hockey. You are never too young or too old to play hockey!”

Sharkey has been seeking donations from people, even from his fellow church members. St. Michael’s Ukrainian Orthodox Church in Pinellas Park, Fla., gave money. “Our priest, Father Stephen, bought two professional hockey goals that are on their way to Ukraine. My neighbor, whom I am teaching hockey, even gave $50 to help the youth of Ukraine.

“I have the basic equipment for the youth to play ball hockey in Ukraine – sticks, balls and nets. Mylec Hockey and Pure Hockey have been very helpful when it comes to buying the youth in Ukraine basic equipment,” says Sharkey. “I am grateful to them.“I am hoping to raise enough money to buy the youth in Ukraine the proper safety equipment they will need, like helmets, gloves, skin guards, elbow pads. I have started a GoFundMe page: https://www.gofundme.com/f/ukraine-youth-ball-hockey/.

Another reason Sharkey wants to bring hockey to Ukraine is to give back to those less fortunate. “The average working couple make about $2,500 USD a year in Ukraine. My ice hockey goalie equipment costs more than that!” said Sharkey. “People should be able to play sports, no matter if they are rich or poor, and have a fair chance to succeed in life. [They should be able] to live their dreams the best way they can.” 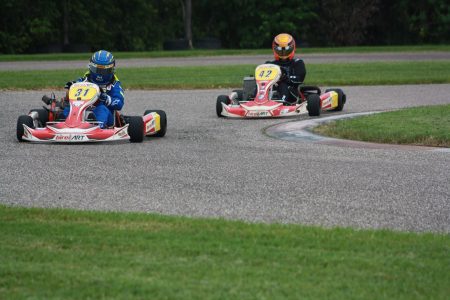 Oksana Sharkey doing what she loves.

As for Oksana Sharkey, her movie, The Racing Queen of Ukraine, was a finalist in a film festival. Sharkey says he has been asked to have her do a sequel film, but right now Oksana is recovering from a spinal injury she suffered at work, saving a patient from falling to the floor. She had a spinal procedure in January and is improving. “I am sure, eventually, the racing flame will be re-ignited, and she’ll be tearing up race tracks again!” exclaims her husband.

Sharkey says he “will still race cars on occasion in Europe in the DTM Trophy series, as well as in any races that Ternopil (a major city in western Ukraine) will host.”