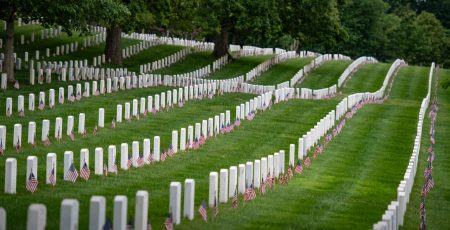 COURTESY OF ARLINGTON NATIONAL CEMETERY
Placement of flags on every grave at Arlington National Cemetery is a Memorial Day tradition.

Did You Know? If you asked people randomly about the true meaning of the upcoming holiday on Monday, May 31, most couldn’t tell you. Confusion abounds about the purpose of Memorial Day and how it differs from Veterans Day.

Memorial Day, which falls on the last Monday in May, honors the men and women who died while serving in the military. Veterans Day, observed every November 11, recognizes all who have served in the Armed Forces.

It isn’t surprising that so many of us are unclear about the meaning of Memorial Day, considering the various community and individual traditions that have emerged over the years. The holiday has morphed way beyond its original meaning. Observance ceremonies in some communities include all deceased veterans, while others include first responders as well. Many Americans observe the day by participating in parades and visiting family grave sites and memorials. Some wear a red poppy in remembrance of the fallen. On a less somber note, the three-day weekend for many represents an opportunity to go on holiday, party or shop the sales.

We would be remiss not to emphasize one tradition worth preserving. That is the National Moment of Remembrance, an annual event that asks Americans, wherever they may be at 3 p.m. local time on Memorial Day, to pause for one minute to remember those who have died in military service to the United States. 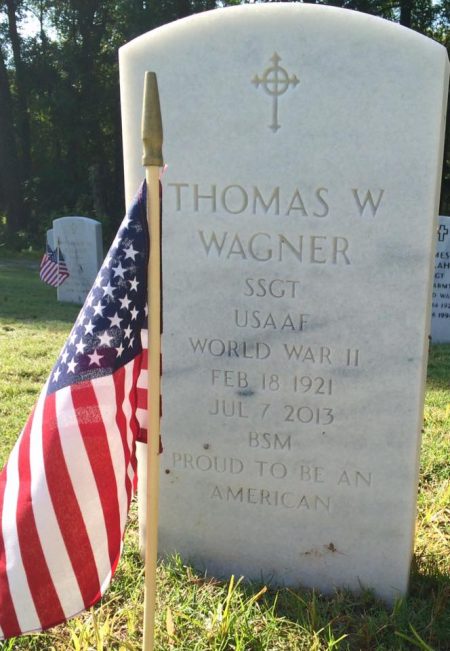 So that we as a nation don’t completely dilute the true meaning of Memorial Day, it is important to acknowledge its origin. The Civil War, which ended in the spring of 1865, claimed more lives than any conflict in U.S. history and required the establishment of the country’s first national cemeteries. By the late 1860s, Americans in various towns and cities had begun holding springtime tributes to the countless fallen soldiers, decorating their graves with flowers.

The origin of Memorial Day is attributed to General John A. Logan, the commander-in-chief of the Union veterans’ group known as the Grand Army of the Republic, who in May 1868 issued a decree that May 30 should become a nationwide day of commemoration for the more than 620,000 soldiers killed in that war. On Decoration Day, as Logan dubbed it, Americans should lay flowers and decorate the graves of the war dead. It was intended as an act of unification and healing for the nation.

That first year, more than 27 states held some sort of ceremony with more than 5,000 people attending a ceremony at Arlington National Cemetery. By 1890, every former state of the Union had adopted it as an official holiday. But for more than 50 years, the holiday was used to commemorate those killed just in the Civil War, not in any other American conflict. It wasn’t until America’s entry into World War I that the tradition was expanded to include those killed in all wars.

Memorial Day, as Decoration Day gradually came to be known, continued to be observed on May 30 for decades. That was changed in 1971 when it was declared a federal holiday and moved to a set day—the last Monday in May—to create a long weekend.

Yes, Americans will continue to observe Memorial Day in whatever way they deem appropriate, but, as a nation, it is important that we remember the day’s significance and its true purpose. This is the one day of the year when we honor and reflect upon those who have died in battle.