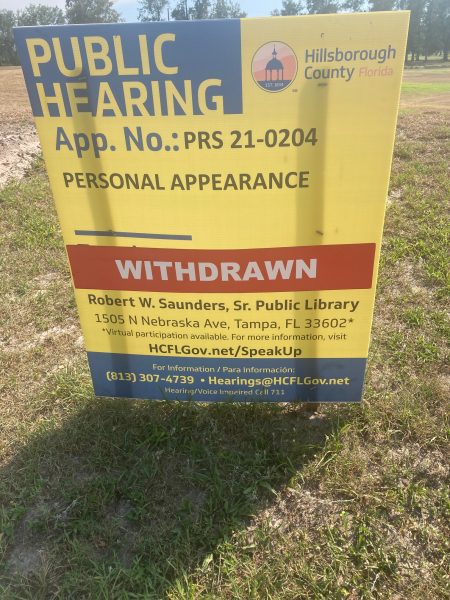 The County has withdrawn Inception’s application for the May 11 public hearing. Inception can re-file for a land use modification if the issues in its application are addressed, according to County development officials. Inception has teamed up with the owners of the defunct Apollo Beach Golf Club in a proposal to revamp the golf course and construct assisted-living housing.

The on-again off-again effort by developers to change land use requirements for its proposed development of the Apollo Beach Golf Club is off—for now. The developers, headed by Scott Johnston of the Orlando area, are contemplating teaming up with the current owner of the golf course and club with a proposal for constructing an innovative retirement community replete with ancillary services and amenities.

Hillsborough County, however, has surprisingly thrown a monkey wrench into those plans. According to the Hillsborough County development service department, the County staff last week withdrew the application of Inception Inc. Inception was primed and pumped for a May 11 public hearing on the developer’s efforts to modify the land use of the golf course, which is presently closed.

Johnston said the “withdrawn” notice by Hillsborough County last week “caught us by surprise.” The CEO of Inception claims the County is utilizing unreasonable and unusual reasons for making its decision. “We will demand that the County retract its decision,” Johnston said earlier this week. “We are not going to let our proposal for the golf course and housing development drop,” says Johnston. He maintains Inception was thoroughly prepared for the May 11 public hearing and that the County violated its rights. Johnston says his proposal is “the best for the community.”

Johnston and his development company, Inception Holdings, teamed up two years ago with Roger Penske, the majority owner of Apollo Beach Golf Club, in its bid to revamp and downsize the golf course and to construct a retirement community consisting of independent cottages and multifamily units with assisted living services. 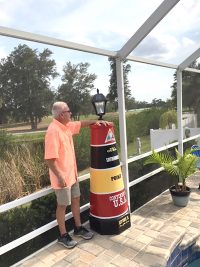 Paul Ryan has lived on the golf course in Apollo Beach for 28 years. Ryan claims there is too much development in the South Shore now.

But in an April 26 correspondence, a principal planner for the County said, “The BOCC will hold a Land Use Meeting on 5/11. Due to the application not being sufficient for review, it will be announced at that meeting that this case (application PRS 21-0204) is being withdrawn. You may attend the meeting in person or virtually if you want to listen and observe.”

Once the application is officially withdrawn, County commissioners can engage in discussions about the future of the Apollo Beach Golf Course. Apollo Beach residents opposing the Inception concept have proposed several alternatives to the drastic overhaul of the golf course and the construction of more housing. Paul Ryan, who lives on the 8th hole of the golf course, says he expects County Commissioner Harry Cohen will soon discuss with Apollo Beach concerned citizens the alternatives for the best use of the golf course. This runs the spectrum from an outside group purchasing the course and maintaining it, to the possibility that Hillsborough County would purchase the course and operate it for public use.

According to Ryan, with the hearing to develop the golf course in Apollo Beach being withdrawn, he is hoping the County will get involved and keep the golf course and adjacent land intact as is.

“Whether the County buys the golf course, does a land exchange or works with a buyer to help keep the Apollo Beach golf course open, we are looking for the County to get more involved,” says Ryan. “I am going to contact the PGA to see if they can help in any way. You don’t want a Robert Trent Jones golf course to go by the wayside.” Ryan closed by asking County Commissioner Harry Cohen to get involved and to please help to keep the golf course a great place.

Regarding the anticipated action, or non-action, by the County, one Apollo Beach resident said, “This (withdrawal) is fabulous news for us, the community and all the critters who make their home on that golf course. I am cautiously optimistic as it’s not a done deal, but certainly it’s looking good! Fingers crossed until 5/11.’’

The status of the Apollo Beach Golf Club & Course is not the only problem for concerned Apollo Beach residents. Ryan of Apollo Beach has pointed out that “There is way too much growth in Apollo Beach and South Hillsborough County.”

Ryan says, “We are on water restrictions. We are short fire stations and law enforcement.” Plus, Ryan, who has lived in Apollo Beach for some 38 years, does not think the road system can take all the traffic with the recent spate of hyper-development.

“On the corner of U.S. 41 (Tamiami Trail) and Big Bend Road, there is going to be a Home Depot distribution warehouse,” laments Ryan.

In addition to the for-now failed proposal to put up the 265 homes on the golf course, several other developments are on-going. This includes 400 apartments being constructed at the intersection of Hwy. 41 and Paseo AL MAR. and homes and retail on the site of part of the previous Kim’s Nursery property on U.S. 41 and Leisey Road. Plus, the Mira Bay complex is growing with 135 homes going in on the south side of the golf course.

“That’s a lot of development in a small area,” says Ryan. “I have seen growth in the years I have lived in Apollo Beach, but now there is way too much here and all over South Hillsborough. It really needs to stop!” declared Ryan.