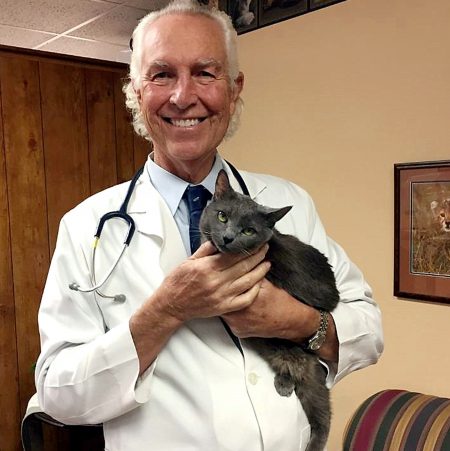 After more than 50 years in the field of veterinary medicine, Dr. Hal Ott officially retired April 1. His notable accomplishments over the years include the founding of Ruskin Animal Hospital, its Cat Thyroid Center, the Critter Adoption and Rescue Effort no-kill animal shelter and Ott’s Off-Leash Animal Sanctuary. He will continue his philanthropic work well into the future. LOIS KINDLE FILE PHOTOS

Ruskin’s beloved veterinarian, Hal Ott, is permanently hanging up his lab coat and stethoscope today, April 1, as he officially retires from the Ruskin Animal Hospital and Cat Thyroid Center, where he’s worked for five months shy of 50 years.

“It’s been a great run, but it’s time for me to do other things,” said Ott, 77. “I have so many wonderful memories about the relationships I established caring for pets and their owners. They became family.

“It’s been an enriching and rewarding experience,” he added. “I’ll be forever grateful to the wonderful people of the South Shore community.”

Retirement will not be a time of passivity for this man.

“My future will be focused on philanthropy, including restoring old and sometimes historic homes in Manatee County; traveling to Haiti (for charity work) when it’s safe to do so; and supporting Ott’s Off-Leash Dog Sanctuary in Ruskin,” the Palmetto resident said. “As long as I’m alive and able, I’ll be taking care of the dog park.”

Perhaps most importantly, Ott will be spending time with his four “wonderful” children, all of whom grew up in Ruskin, and eight grandchildren, ages 4 to 21, he said. 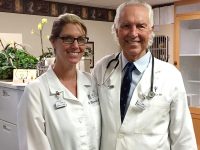 Hal Ott is shown here with his daughter, Diane Cooper, who has worked alongside him as the Cat Thyroid Center’s practice manager for 18 years. She is continuing in her position and has been joined by veterinarian Gregory Heaton.

Ott graduated in 1969 from Auburn University College of Veterinary Medicine and briefly considered a job as veterinarian for horses on an Ocala race-track farm. The job required lots of travel.

Since he had a wife and young son at the time, he opted instead to join the Air Force and was commissioned a captain. Stationed at MacDill AFB for two years, he cared for Sentry dogs and the pets of base personnel and inspected vast Army procurements of shrimp.

After his discharge in 1971, he founded Ruskin Animal Hospital with only a part-time receptionist. He leaves behind a practice of 16 employees, two full-time veterinarians and one relief veterinarian.

In 1998, Ott became licensed to treat cats with hyperthyroid disease with a radioactive material called I-131. He was one of only a handful of Florida veterinarians licensed to do so.

The Cat Thyroid Center he founded a year later now treats 250 cats a year from all over the state, other states and outside the country. His daughter Diane Cooper has assisted him as its manager for the past 18 years. She will continue in her current position, and veterinarian Gregory Heaton has filled Ott’s role.

Ott’s contributions outside of the office have been considerable. He helped start Mary & Martha House, has traveled to Haiti a number of times to do missionary work for the country’s poor children and has micro-financed small, rural, sustainable farms.

He has supported Southeast Guide Dogs, Smile Train and the World Resource Center and was an ambassador member of the nonprofit Carter Center.

Two of his most notable accomplishments include his founding of the Critter Adoption and Rescue Effort no-kill animal shelter in 2003 and Ott’s Off-Leash Dog Sanctuary in 2004. He served 10 years as C.A.R.E.’s medical director and six as board president.

His continued support of it covers mowing, trimming, fence repair and the resurfacing of its gravel pathway. Donations toward its upkeep are always appreciated. If you’d like to help, mail your tax-deductible check to Ott’s Off-Leash Dog Sanctuary Inc., P.O. Box 691, Ruskin, FL 33575-0691.

Hal Ott’s giving will just keep going and he encourages others to follow suit.

“Philanthropy is a fancy word for giving back,” Ott said. “And when we give back, we are expressing gratitude, a feeling that brings a person immense joy and fulfillment. When we give something of ourselves, whether it be time or money, we not only help our world, we also benefit. Giving means everything to me.” 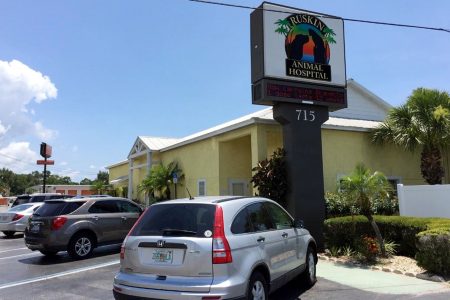