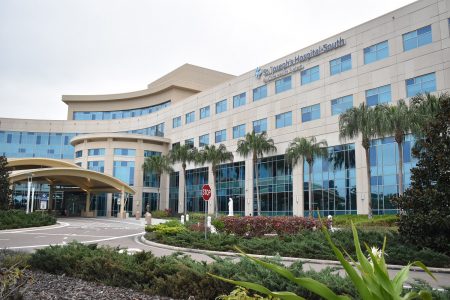 In an area known for high growth, St. Joseph’s Hospital-South is keeping pace, completing its $130 million, three-year expansion with this month’s opening of an intensive care unit for babies born prematurely or with special health needs.

Overall, the three-year project included expansion of the emergency department and construction of a five-story patient tower to accommodate new services. The hospital that opened in 2015 with 90 inpatient beds and 22 observation beds has doubled in size to 223 beds overall.

Along with the Feb. 22 opening of the 11-bed neonatal intensive care unit (NICU), St. Joseph’s in October added a new pediatric outpatient unit with 12 private rooms. Outfitted with a dedicated treatment room with state-of-the-art medical equipment and technology, the outpatient unit is for simple procedures, including intravenous therapy (IV’s) and blood draws.

Meanwhile, the Level II NICU that opened this month provides specialized, round-the-clock care seven days a week for newborns and their mothers. The unit is staffed by neonatologists, obstetric and pediatric hospitalists and board-certified maternal fetal medicine physicians and certified nurses. The rooms are designed to allow mothers to stay in the room with their babies. Babies requiring higher-care levels can be transferred to the Level IV NICU at St. Joseph’s Women’s Hospital in Tampa.

A view of the neonatal intensive care unit (NICU) at St. Joseph’s Hospital-South in Riverview

“The addition of the NICU and pediatric inpatient unit will augment and expand the services we provide for mothers and their children,” said Rita Templeton, St. Joseph’s Hospital-South director of patient care services, in a Feb. 22 hospital news report. “We’re excited to be able to offer this level of NICU to the communities of southern Hillsborough, the South Shore and northern Manatee County. The family-centered NICU will provide individualized care and a comforting environment for the whole family.”

As part of the overall expansion effort, two medical and surgical floors were added in a May 2020 build-out that added 36 private rooms for medical and surgical procedures, 12 private rooms for progressive and telemetry patients and four surgical operating rooms. With the addition, St. Joseph’s has 10 operating rooms, including two for C-section deliveries and one for state-of-the-art robotic surgeries.

Also added in May 2020 was space for rehabilitation and respiratory therapy departments, including a stair-training area and treatment table for therapy outside a patient’s room. This is in addition to bedside therapy with physical therapists, physical therapy assistants and speech pathologists.

The first phase of hospital expansion, completed in October 2019, included CT, X-ray and ultrasound rooms and a 25-bed emergency center expansion, bringing the total number of ER beds to 55.

View of a new surgical suite at St. Joseph’s Hospital-South in Riverview

“This expansion would not have been possible without the overwhelming support of our community,” said Phil Minden, president of St. Joseph’s Hospital-South, in a news report on the effort. “As part of our evolution, we have made it a priority to meet the growing needs of our patients.”

Minden noted that by adding NICU services this month, “BayCare is fulfilling its commitment to improving health care in this region of southern Hillsborough and northern Manatee counties.” Also, that with additional services in the latest expansion project, “the NICU will allow for families to stay closer to home yet still have the clinical integration of St. Joseph’s Women’s Hospital and St. Joseph’s Children’s Hospital.” 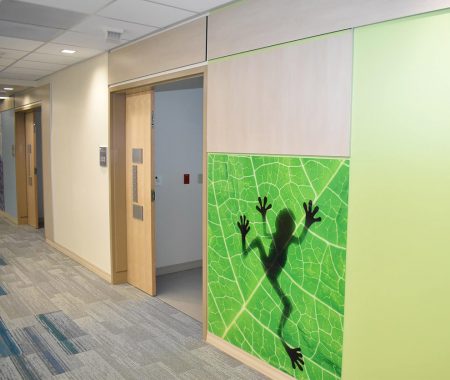 A view of the inpatient pediatric floor at St. Joseph’s Hospital-South in Riverview.