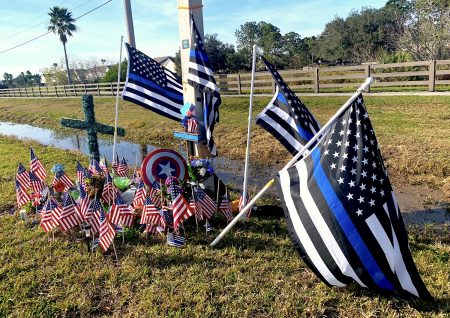 Linda Chion Kenney Photo
A roadside memorial stands in tribute to Sgt. Brian Roy LaVigne of the Hillsborough County Sheriff’s Office, who died outside the Paddock Club of Brandon apartments on Lumsden Road, killed in the line of duty.

Calling it a “beautiful tribute that serves as a bright light in all of this darkness,” Hillsborough County Sheriff Chad Chronister said the Feb. 3 memorial for Sgt. Brian Roy LaVigne is a fitting homage to “a role model among deputies.” 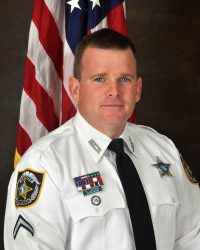 “He was many things, and honorable was definitely one of them,” said Cathleen Diane Russell LaVigne, who attended by Zoom the Feb. 3 meeting of the Hillsborough County commissioners, where her husband’s tribute topped the agenda.

“The job he did can require sacrifices to your sleep, your marriage, your sanity and your life,” added LaVigne, who met LaVigne in high school and married him 33 years ago. “So thank you to the Hillsborough County Board of County Commissioners for recognizing the sacrifice. Thank you to Sheriff Chad Chronister and his team for their support. And to the men and women who put on the belt and vest and head out the door, we thank you.”

LaVigne, 54, was killed in the line of duty Jan. 11, just one shift shy of his retirement.

Answering a call to assist fellow deputies, LaVigne reportedly was in his marked patrol car when a vehicle driven by a man fleeing the scene rammed into his cruiser.

Arrested and being held without bail is Travis Garrett, 28, a resident of the Paddock Club of Brandon apartments, off Lumsden Road between South Kings Avenue and Providence Road. His booking report shows he was arrested on 10 charges, including premeditated murder in the first-degree, DUI manslaughter, and two counts each of battery on a law enforcement officer and resisting officer with violence.

A master corporal at the time of his death, LaVigne was promoted posthumously to sergeant. He worked 33 years in law enforcement, including 30 in Hillsborough.

“I can tell you that just like the LaVignes, all of us in the Hillsborough County Sheriff’s Office are still grieving his untimely death, and this pain will not go away any time soon,” Chronister said. “We still have a long road ahead of us as we work to ensure justice is served. But in the meantime, this beautiful tribute serves as a bright light in all of this darkness.”

“I hope the family takes comfort in knowing that their beloved husband and father leaves a great legacy behind in this community that will live on for generations,” Smith said.

A video at the memorial featured Sgt. Tim Sullivan and Caitlin Teresa LaVigne, who, following in her father’s footsteps, works as a Hillsborough deputy.

“Even when I was a kid, there was no convincing me otherwise and no one even tried, I wanted to be just like him,” Caitlin LaVigne said. “ I wanted to do what he did for people. I wanted to make people feel like he made them feel. There’s no words to describe how much of a good influence he was on people.”

Sullivan nevertheless took a shot at it.

“Brian was a very charismatic person,” Sullivan said. “Magnetic, contagious. You just wanted to be around the guy.” As for his relationships at work, “Brian was a cop’s cop,” Sullivan said. “And he knew how with the recruits to instill the values they need in the profession, as a person and as a cop.”

Established in 2010, the Hillsborough County First Responders Fallen Heroes Fund and Memorial Tribute notes 17 entries for the Hillsborough sheriff’s office, including Sgt. Ronald Hamlin Harrison, who in 2007 was shot and killed sitting in his patrol car at the intersection of Lumsden Road and Kings Avenue, just one mile east of the Paddock Club Brandon apartments. A 29-year sheriff’s office veteran, Harrison, 55, had been working at a DUI checkpoint.

The last entry before LaVigne’s was 29-year-old John Robert Kotfila Jr., who was killed in a 2016 head-on collision with a vehicle being driven in the wrong direction on the Selmon Expressway. It occurred at the Brandon exit near Interstate 75, about three miles west of Paddock Club Brandon.

According to his bio, LaVigne’s career included stints as a school resource officer and as a field-training officer. He worked also in special investigations, community outreach and patrol. Decorated many times, LaVigne’s honors include the Sheriff’s Office Life Saving Award in 2017, Deputy of the Half in 1992, Outstanding Squad Award in 2014 and numerous Mothers Against Drunk Drivers (MADD) recognitions.

A passionate Tampa Bay Lightning fan, LaVigne earned a brown belt in jiujitsu, mastered the bagpipes, coached youth soccer, had a great sense of humor and became a certified translator after teaching himself Spanish. He loved traveling “and a properly poured Guinness.”

“He served our community well,” added Commissioner Kimberly Overman, “and he will always be remembered.”

LaVigne is survived by his wife and two daughters, Caitlin and Erin Liam LaVigne; his mother, Carol LaVigne; his sister, Pamela Weyh; and his brother and sister-in-law, Kevin and Evelyn LaVigne.

Donations for the family are being accepted through the Lynn Sowers Memorial Foundation, a 501(c)(3) nonprofit established by the sheriff’s office in memory of its namesake, a deputy who died after a stroke and heart attack in 1995. Visit: www.lynnsowers.org. 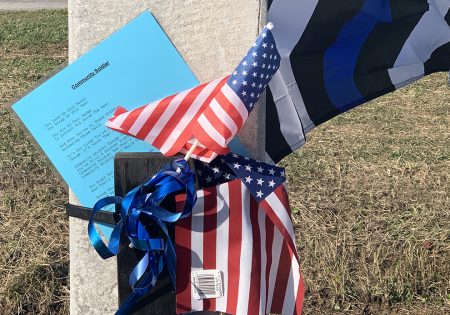 Linda Chion Kenney Photo
A poem at the roadside memorial for Hillsborough County Sheriff’s Office Sgt. Brian Roy LaVigne pays tribute to the “Community Soldier,” who laces up his boots and straps on his vest “to protect and serve the rest.” 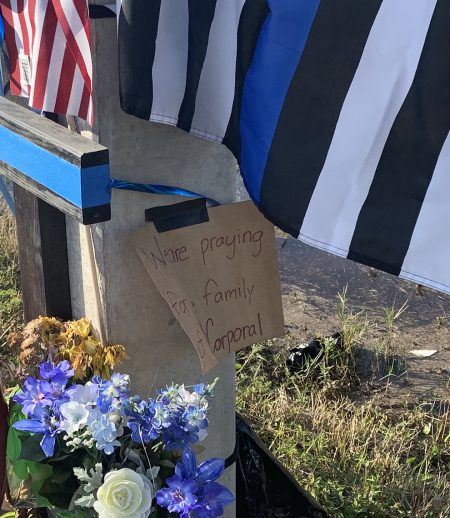 Linda Chion Kenney Photo
“We’re praying for family of corporal,” reads a handwritten sign at the memorial for Brian Roy LaVigne, who was a master corporal at the time of his death but promoted to sergeant posthumously by Hillsborough County Sheriff Chad Chronister.