Even after you’re gone, you can change many lives

Even after you’re gone, you can change many lives

Imagine Tampa’s Raymond James Stadium filled to capacity two times over. That’s the number of Americans who are waiting for an organ transplant to save their lives. And according to the nonprofit group Donate Life America, another person is added to that list every nine minutes.

I’ve considered becoming an organ donor many times over the years but for one reason or another never got around to doing it. I’m one of the 90% of Americans who are in favor of being a donor but not one of the 60% who are. That changed for me the other day when I spotted a video called “A Man and His Dog” on Facebook, featuring the face of a loveable mutt. Loving dogs as I do, it immediately grabbed my attention. So I hit play, watched what turned out to be an incredible ad for organ donation and was so moved, I decided to sign up. You can view the video at https://www.facebook.com/iowadonornetwork/videos/10153767591092489. 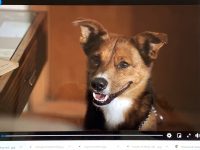 Coincidentally, I read a friend’s Facebook post the next day asking who among us were organ donors. A number of people I knew responded, and that’s when I got the idea to write a column to encourage others to follow suit.

Every year, thousands of people die in this country because organs are not donated in time to help them. Through the gift of our organs, corneas and tissues after we no longer need them, we could save up to eight individuals who pray daily their lives will be saved.

Apollo Beach resident Eileen Eletto knows the benefits of organ donation firsthand. Her 62-year-old brother, Ron Garing, of Savannah, Ga., received the liver of a Tallahassee man who died of a heart attack six years ago. Choking back tears, she said she thanks God and that donor every day for her brother’s life. She and her husband Joe are both organ donors.

Forty-four-year-old Jason Faile of Plant City is alive today because of an organ donor. He received a liver from someone on life support whose family chose not to share their loved one’s information.

Faile, who was diagnosed with NACL (nonalcoholic cirrhosis of the liver), waited two years before he was able to have a liver transplant last October.

“I’m doing fantastic,” he said, noting he will be on anti-rejection drugs the remainder of his days. “Organ donors are angels. They save many, many lives. One saved mine.

He highly recommends that folks consider signing up.

“It’s the best thing you could do for another,” he said.

The decision to use a prospective donor’s organs is based on strict medical criteria, so anyone can donate, regardless of age. According to https://www.organdonor.gov, one of the oldest organ donors in the United States was 92 when, after he died from a brain hemorrhage, his liver was donated. He saved the life of a 69-year-old woman who was suffering from end-stage liver disease.

There are a number of myths that keep people from signing up as an organ donor, including “If I agree to donate my organs, the hospital staff won’t work as hard to save my life,” “Organ donation is against my religion” and “My family will be charged if I donate my organs.” To read an informative article by Mayo Clinic staff dispelling these myths and more, visit https://mayocl.in/3rrGZI0.

There are two ways to register as an organ donor in our state. You can visit www.donatelifeflorida.org or sign up at your local tax collector’s office.

Lois Kindle is a freelance writer and columnist for The Observer News. Contact her at lois@observernews.net.