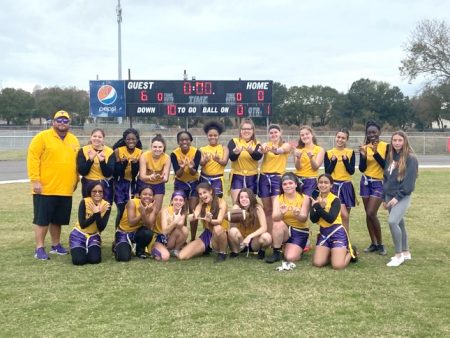 Unless you have been hiding under a rock, you know that the world-reknown Super Bowl kicks off this Sunday evening. But for folks in the South Shore, especially Lennard High School in Ruskin, the highlight of all the pre-game hoopla went down at mid-week with the participation of the Lady Longhorns flag football team in a 4-team tournament in Tampa.

The Feb. 7 Super clash, featuring two of professional football’s top quarterbacks, has nothing on Coach Travis Combs’ Lennard squad, except the possibility of a bit more physicality than snatching a piece of cloth from a player’s waist.

Combs said prior to the Wednesday, Feb. 3, flag football event in Tampa, “I’m not really sure how the process of being selected to play in the NFL Experience went, but when I got the call from that we were selected and what it was, I was so excited about the opportunity for our school, our players and our program.

“I preach all the time, working hard pays off, and I believe this is one of those times,” said the enthusiastic coach.

About the Feb. 3 event, Robinson High played Newsome High at 5 p.m. and then Lennard played Alonso High at 6:30. The winners then played each other for the championship. The girls were allowed to check out the NFL experience before and after their games.

“I cannot thank the Tampa Bay Buccaneers and the NFL enough for this opportunity, and their efforts to promote girl’s flag football has been amazing!” concluded Combs.

The Lennard flag team was provided an extra incentive with the invitation for the NFL Experience. The team has been practicing to open preseason play Feb. 27. Lennard then jumps into an ambitious 15-game schedule starting March 1. Lennard’s Senior Night is set at mid-season on March 11 at Ruskin against East Bay High.

Starting earlier this week in the Tampa area, football fans and revelers have been enjoying live music and other unique activities, hearing NFL legends and seeing the Vince Lombardi Trophy. The Kansas City-Tampa Bay game is the 55th Super Bowl and the 5th time Tampa has been the venue. 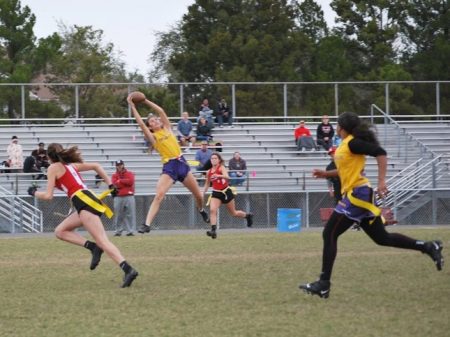 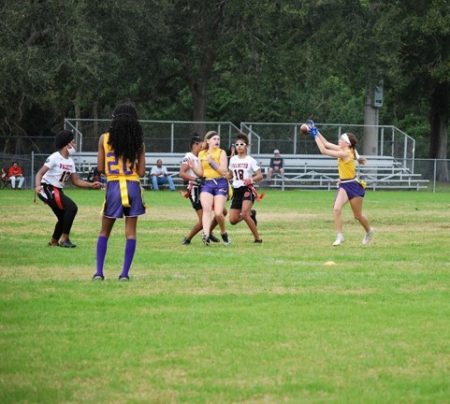