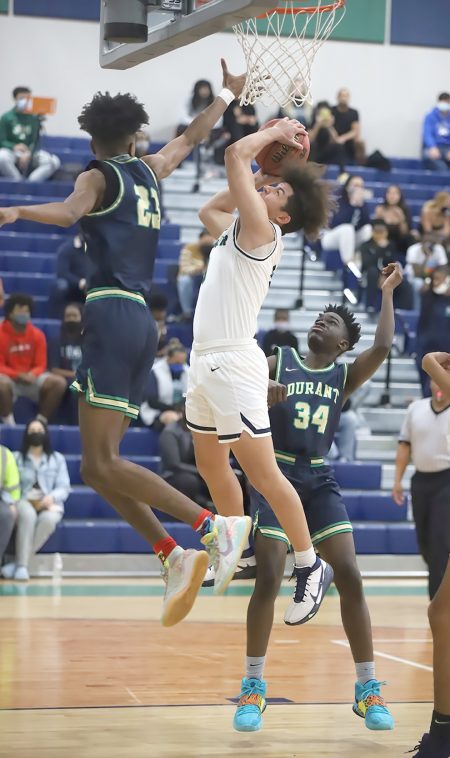 Brackets, including who plays whom and where for district playoffs, are set for release sometime this week as the regular season ends Feb. 5. East Bay High gym has been designated as a host for the 6A-District 8 playoffs. Only Coach Dell Chambers’ Indians will be participating on Big Bend Road from the South Shore. East Bay school officials anticipate that the Indians could possibly play Leto High on Feb. 9. In 5A District 9, Spoto starts post-season at Robinson High. Sumner opens its inaugural basketball playoff season with 5A-D9 action Feb. 9 at Sumner against Middleton. Both Lennard and Riverview open 7A-District 8 action Feb. 9, with Riverview Sharks most likely at Lakewood Ranch and Lennard probably at Riverview-Sarasota. Definite opponents depend on state seedings released later this week.

East Bay could be riding a winning streak as well as holding home court advantage in the playoffs. Last week EB had a great week, going 3-0. The Indians on Friday dumped Lennard 75-41 behind senior Jordan Ford’s career-high 20 points. Joining the points parade in the win over Lennard were Zane Goodman with 16 and Hamza Eraq with 8. Chipping in were Jayden Johnson, Joandy Marrero, Xavier Marme, all with 6; Demitiri Wills with 5; Jalen Crump amd Mike Laboy with 4; and Juwan Thompson with 2.

The 9-6 Indians close the regular season this week with a pair of tough road foes: 8-5 Armwood on Feb. 2, coached by former Lennard coach Zarko Stojkovic, and powerful 16-4 Durant tonight, Feb. 4.

Sumner, under Coach Jamie Turner, looks to snap a two-game losing streak this week. King comes in from Tampa carrying a 6-14 worksheet for an early-week game. At mid-week, the Stingrays have another South Shore rivalry match with the 3-7 Riverview Sharks. Sumner got off to a good start last week, pasting Spoto 67-51. That was followed by a mid-week 53-50 loss to East Bay. High-flying Durant then made the short trip to Balm Road and whipped Sumner 70-36.

The 3-7 Riverview Sharks of Coach Milton Clifton lost all three games last week and hope to get back on the winning trail this week. First up is 5-12 Chamberlain in Tampa. Trips to Sumner on Feb. 4 and on Friday to 17-4 Wharton await. The Sharks are led in scoring by soph Braylon Jackson’s double-double with a 20 plus points per game average and 10 rebounds per game average. Junior John Furr has been leading the Sharks in assists, steals and blocks.

Spoto, continuing to struggle, fell to 2-15 with losses to Sumner and to Jefferson, even though Coach Gaddis’ Spartans jumped out to first quarter leads in both games on the road. Strawberry Crest brings a 7-14 worksheet to Spoto Feb. 2, and the Spartans look to end their losing streak before opening District Playoffs at Robinson next Tuesday.

Lennard limped to the finish line of the regular season at Jefferson High in Tampa Feb. 2. The Longhorns at 0-13 continue to plug away under Coach Will Gilford and are optimistic that the 3-21 Dragons could possibly be their best chance at the season’s first win before playoff action next week.

Last week, the Longhorns suffered four losses: East Bay, King, Newsome and then mid-week to Brandon. The visiting Eagles came to Ruskin at 1-16 but ripped Lennard 78-49 to claim only their second win of an otherwise bleak season. Lennard’s Miguel Delgado and Tremaine Williams did their best last week in scoring and steals for Coach Gilford. 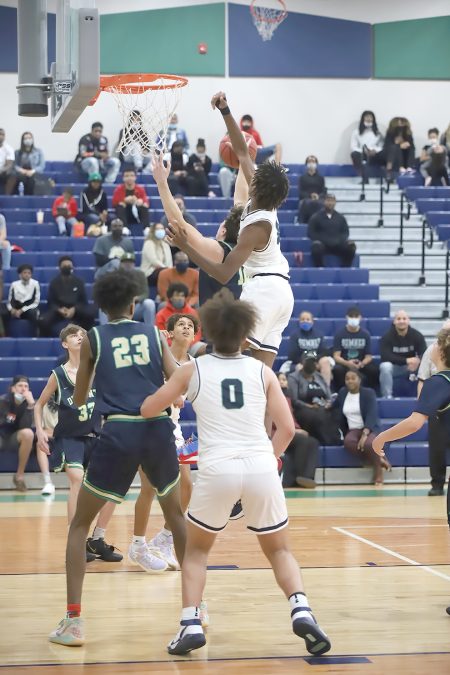 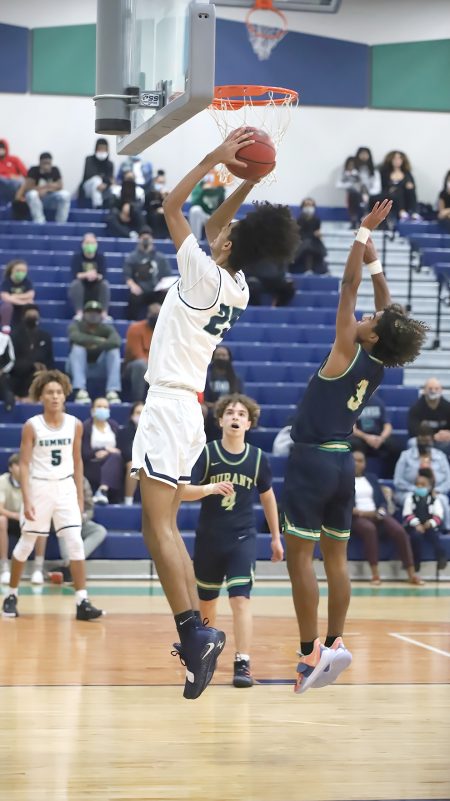 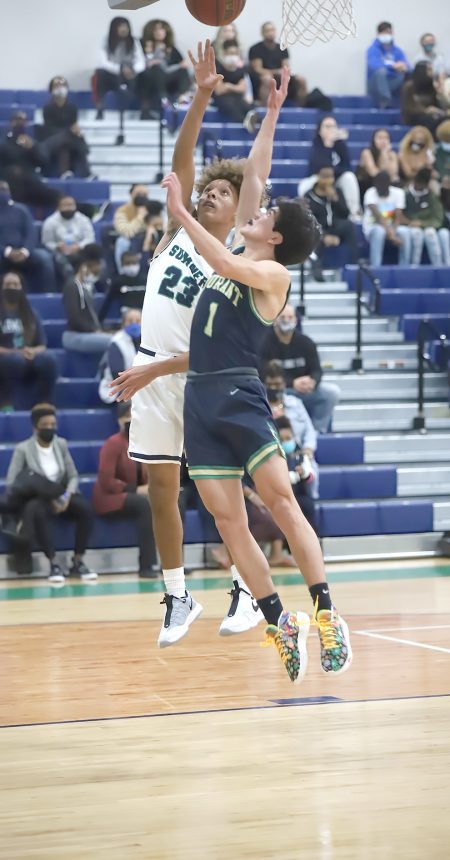 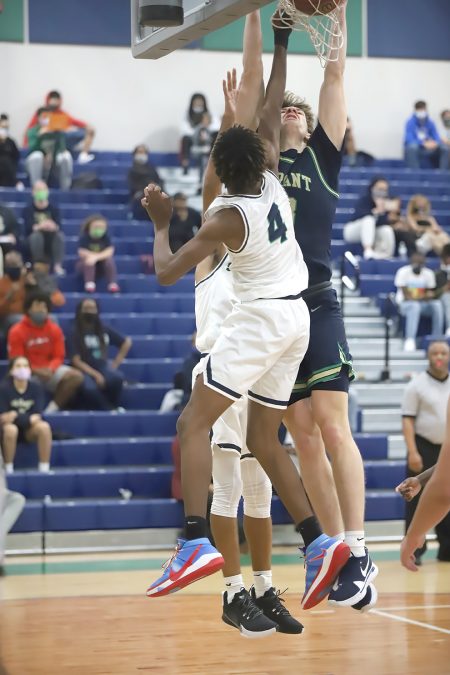