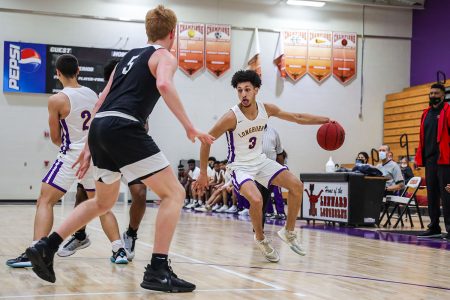 A neighborhood rivalry takes center stage not once but twice this week in South Shore boys basketball, following a flurry of games last week.

The 3-3 Riverview Sharks have the opportunity to feast on the 0-6 Lennard Longhorns. Coach Milton Clifton’s Sharks invaded the Longhorns corral in an early-week game. The Longhorns, after a mid-week home game with Leto, will climb on the bus for the short trek to Riverview Friday, Jan. 15, to deal with a scheduled 8 pm tipoff. 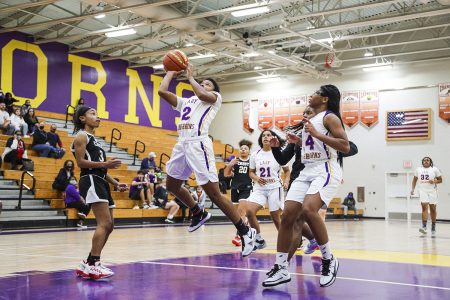 Other South Shore teams in action this week include Coach Dell Chambers’ 4-4 East Bay Indians. East Bay travels all week. The Indians hit the highway Jan. 12 to visit 3-8 King in Tampa. Then the Indians return to Tampa Jan. 15 to take on 6-4 Tampa Bay Tech. East Bay’s next game on its friendly hardwood is Jan. 19, hosting 5-4 Hillsborough High.

Riverview,other than the two games with Lennard this week, went to Tampa mid-week to face a tough Wharton Wildcat squad. The Sharks will be back home Jan. 19 with Newsome and Plant City Jan. 22.

Sumner, as amazing in basketball as in football, takes its 7-6 record to Tampa to play Middleton Jan. 15. The exciting senior-less, first-year Stingrays, coached by Jaime Turner, return home for a Jan. 19 game against Chamberlain and another home game Jan. 20 versus Plant City.

Unfortunately, for first-year Coach Will Gilford’s Lennard Longhorns, a list of season-long mistakes has led to a 0-6 mark with little relief in sight. Once again, Lennard shot itself in the foot numerous times. Lennard lost all three games last week. First, it was Strawberry Crest taking a 66-26 win in the early-week game. Then the Wharton Wildcats proved to be rude hosts, clawing their way to a 60-27 victory over the visiting Horns mid-week in Tampa. A return home for Friday’s marquee match with newcomer Sumner did not seem to help. No home court advantage emerged as Lennard made more mistakes than baskets, losing 68-44 to the swarming Stingrays.

Another sports cliché is “we play ’em one game at a time.” But Lennard optimist opportunists cannot help but circle Jan. 27 on the schedule. That’s the mid-week game at home when Lennard has a chance to finally end its losing skein if the Horns have not done so by then through three challenging road games with Durant, Robinson and Newsome. The visiting team winless Lennard will play Jan. 27 is Brandon, also struggling this season with a 1-11 record.

East Bay finally evened its season record at 4-4 last week with two big road wins. Led by a trio of talented seniors, the Indians easily dispatched Leto in early-week action 50-25. Brandon came flying in to East Bay Jan. 8, seeking its second victory of the season. The Eagles one and only win was a 39-38 squeaker over East Bay in early December. The Indians served up a big dose of revenge, winning 63-45, sparked by Zane Goodman, Jalen Crump and Jordan Ford, all senior stalwarts.

Spoto, after suffering through two early-week loses, registered its second win of the season 63-55 over the Jefferson Dragons Jan. 8. Coach Gaddis’ soph sensation Benjamin Walker hit for his consistent 16 points and got lots of help from senior Elias De Jesus with 17 points, as well as scoring from Denim Jackson, Jaylan Smith and J. Armstrong. That win followed Spoto losses to Sumner 60-57 and to Freedom 69-57 earlier in the week.

Riverview got back on the winning trail and to a break-even 3-3 record with a mid-week win over King High. Coach Clifton’s squad was sparked by its soph workhorse Braylon Jackson. Jackson hit 23 points and grabbed nine rebounds. Other stat support in the victory came from Jakob Malec with 10 points, Christopher Francisco with nine points and four rebounds, Sebastian Fowler with six points and seven rebounds, and Tim Salmon with four rebounds.

Sumner, finally sitting over .500 at 7-6, continues to exhibit hustling and competitive round-ball in a senior-less season. The Stingrays won all three games last week, two in the South Shore and the other over a New Port Richey foe. Coach Turner’s squad nipped Spoto 60-57 last week. After beating Lennard in the Friday game, Sumner added icing to its cake with a 61-45 thrashing of 1-15 Gulf High Saturday.

The late-week 68-44 rout of long-established Lennard at Ruskin epitomized this Stingray squad. Not intimidated, one of the several South Shore sophomore stars, Israel Vargas, had a highlight game and, as usual, enjoyed great support from several key teammates at the Longhorns’ hardwood corral.

Vargas, averaging nearly 20 points per game, poured in 34 points in the win at Lennard. Vargas also contributed four rebounds and posted eight steals. The well-balanced Stingrays received aid from Christian Henley with 12 points and nine rebounds, from DJ Jones with eight points and 10 rebounds, from Jaelyn Ward with six rebounds, and another hot-shooting guard, Tyrell Smith, added five assists to round out the victory over the Longhorns. 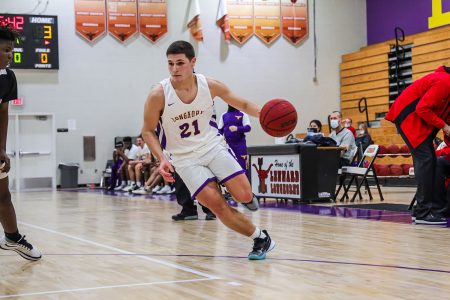 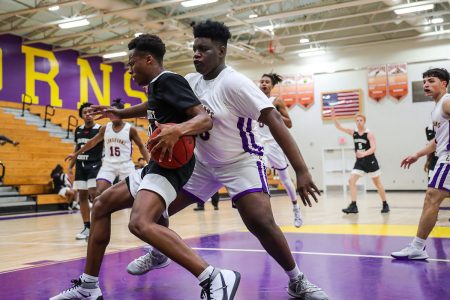 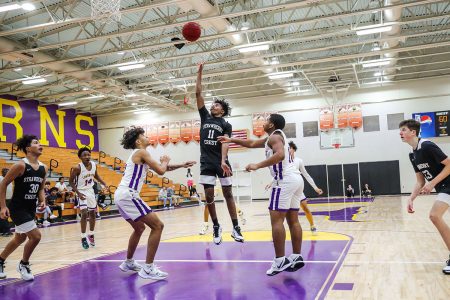 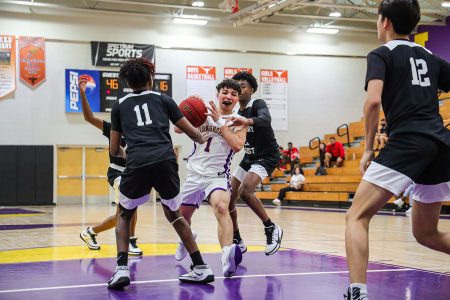 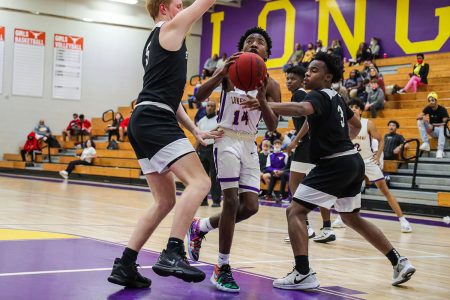 PHOTO BY Rich & Company Florida LLC / 727-351-2243
Tremayne Williams focuses on the net in the recent Lennard and Strawberry Crest match up. 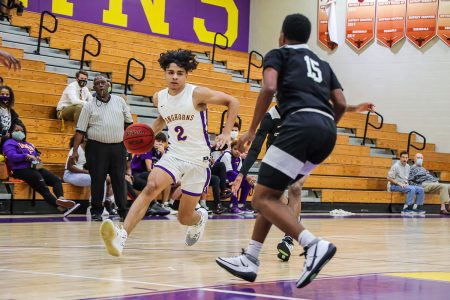 PHOTO BY Rich & Company Florida LLC / 727-351-2243
Driving toward the net is Jonah Irvin, a senior for the Lennard Longhorns.