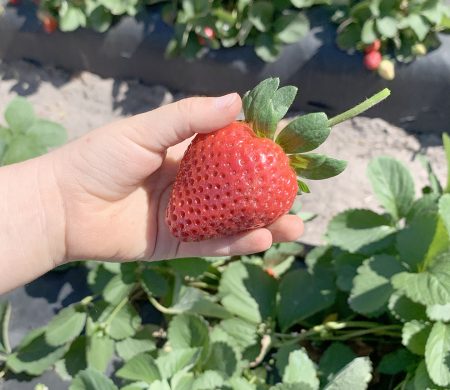 What you eat is where you’re from when it comes to the dozens of local crops that make it from farm to table in south Hillsborough County and beyond.

The Hillsborough County web site notes some of the more than 60 crops grown by local farmers and ranchers, including everything from the experimental Florida artichoke crop (under development at the University of Florida’s Gulf Coast Research and Education Center in Balm) to the green neck, summer squash zucchini.

Hillsborough ranks 16th among the state’s 67 counties in raising beef cattle, thanks to some 77,000 acres in play in east and south county, amounting to more than $1 billion in economic impact, according to 2017 figures.

Of the 24 crops highlighted on the County’s “Homegrown Hillsborough” page, along with recipes, it’s no wonder strawberries made the cut, given the more than 10,000 acres planted annually, with a yield that typically amounts to some 25,000 to 30,000 pounds per acre.

Most commonly grown in Plant City, it’s no wonder the town is known as the “Winter Strawberry Capital of the World.” The harvest begins in November and continues through late March or early April, which is about the time for the Florida Strawberry Festival. Founded in 1930, this year’s 11-day festival opens March 4.

As for the fruit often misidentified as a vegetable, the tomato rules supreme in late April, when the Ruskin Community Development Foundation presents the annual Ruskin Tomato and Heritage Festival. With 5,776 acres planted in Ruskin and elsewhere in south Hillsborough County, the 170.4- million-pound tomato harvest amounts to about $81 million in sales. Officials say Hillsborough grows 15 percent of all fresh-market tomatoes in Florida, ranked third in the state behind Manatee and Collier counties.

Homegrown Hillsborough oranges are available at local groceries and farm stands September through April. The orange is the state’s fruit; orange juice, the state drink; and orange blossom, the state flower. Nationwide, the majority of orange juice is made from Florida-grown oranges.

Hillsborough’s freshest oranges are available October through May, with Dooley Groves in Ruskin noted as the last grower, packer and processor in the County. The Honeybell orange, a grapefruit-tangerine hybrid, is ripe for U-picks at Dooley Groves from Christmas through spring.

Another Hillsborough Homegrown crop is the mango, most commonly grown from Palm River to Ruskin. The post for “Asian fusion vegetables” notes some 20 crops, including cabbage, eggplant, bok choy, long bean, long gourd, bitter melon and herbs, such as basil and lemongrass. November through February is the local growing season for cabbage; November through May for bok choy; and May through June for eggplant.

Among the many varieties of honey produced commercially in Hillsborough, tops on the list are wildflower, orange blossom, Brazilian pepper, saw Palmetto, gallberry, blackberry, mangrove and sea grape. More than 100,000 pounds of honey are harvested annually. The Tampa Bay Beekeepers Association meets monthly in Seffner, at the Hillsborough County Extension Office.

“Not only are the bees producing a lot of honey, but also they are absolutely critical to the pollination of all these other crops,” said Betty Jo Tompkins, executive director of the Hillsborough Soil and Water Conservation District, which last year held a poster contest asking students to consider the impact bees have on the ecosystem.

Under development at the UF Balm facility is the white strawberry, being tested at local fields, including at the Florida Strawberry Growers Association (FSGA) in Dover. “The novelty fruit is a new variety this year,” said Sue Harrell, also known as “Strawberry Sue” at the FSGA. The berry has a white-rose blush “and never gets too big,” Harrell added. “When the seeds are red, they’re ripe to pick.”

University of Florida research in 1966 also got the ball rolling on developing a peach variety that requires less exposure to cold temperature, resulting in varieties first planted here in the early 2000’s, which generally are smaller and sweeter in taste. The UF Sun, UF One, Tropic Beauty and more, grown commercially April through May on roughly 350 south and east County acres, amount to some 1.6 million pounds annually.

Fresh April through June are the black-eyed, zipper and conch Southern peas (about 30 acres, 60,000 to 90,000 pounds) and, from October through December and April through June, the jalapeno, Cubanelle, Hungarian, wax, long hot, cherry bomb and mini-bell peppers. In a good year, Hillsborough farmers produce about $6 million in pepper sales.

For more on Homegrown Hillsborough, including fun facts, harvest times, recipes and sources and reporting dates noted for facts and figures, visit www.HCFLGov.net. 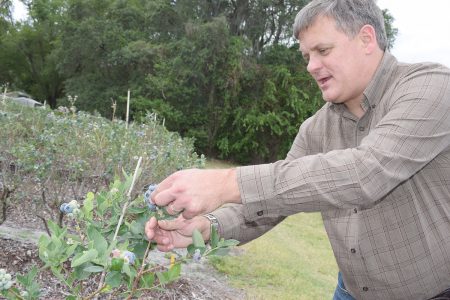 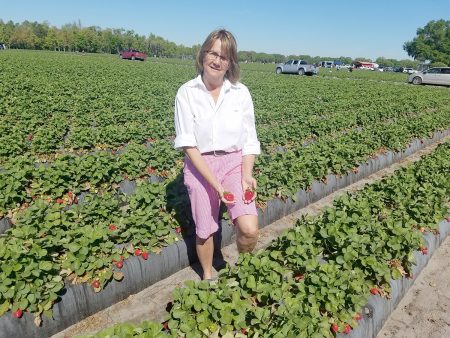 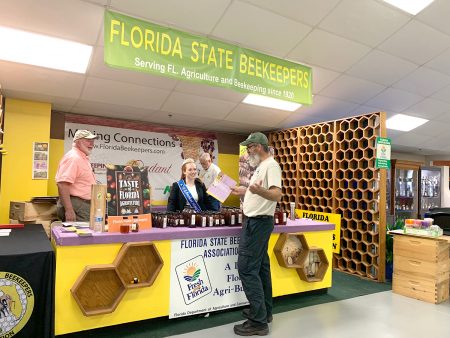