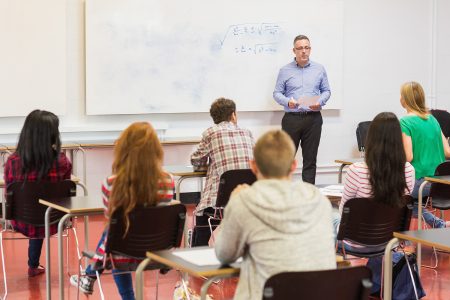 To avoid a cash-flow problem from a tax-collection shortfall, Hillsborough County has become the latest Florida school board to move to secure a Tax Anticipation Note.

Hillsborough Superintendent Addison Davis and his leadership team have told board members the funding issues they face have been festering for years, driven in part by using capital outlay funds to cover general operating shortfalls.

The reality of the Hillsborough school district’s general fund budget deficit took center stage in September with the revelation that 7,330 “missing” students account for a potential $56.23 million dollar hit on top of a $32.28 million year-end shortfall for the fiscal year ended June 30. Add to that the inability to transfer capital dollars amounting to $40.23 million, which had been done the year before, and Davis, six months into his tenure, said the district faces what Michael Kemp, the district’s newly hired deputy superintendent, called “a $128 million potential challenge.”

Meanwhile, Davis said at the Oct. 6 school board meeting that the number of “missing” students had dropped to around 3,000 and that more and more parents are inquiring about returning their children to brick-and-mortar schools.

School officials had projected schools to open with an enrollment of 223,019 students, which at $7,670 per student would amount to $1,710,871,387 dollars in full-time equivalent (FTE) state funding. According to the 15-day count, there were 215,689 students enrolled, amounting to $1,654,444,631, which represents a difference of $56,426,756. Should those numbers stand for a third enrollment calculation, that is the amount Hillsborough school officials would have to repay the state in February.

In discussing the TAN note at the Oct. 6 board meeting, Gretchen Saunders, the school district’s chief financial officer, called it both an “insurance policy” and a “bridge” should there be a funding shortfall from the tax collector’s office. “The last thing you want to do as a board member is be late on a paycheck to your teaching core,” Saunders said.

Steve Cona, who lost his reelection bid Nov. 3 to another four-year term, said by his accounting, some $197 million in 2015 had been transferred from the capital outlay budget to cover operating costs, which started before his tenure on the board and is not a sustainable or acceptable practice.

“This is not a good position to be in, to have $10 million in the bank in November,” Cona said. “Not a good place to be. It’s the first time this has happened in our school district. I am not happy about this. In my opinion, we have to make some difficult decisions to get our budget in line so we’re not having to take out a TAN loan every November because we can’t meet payroll. It’s not healthy for our students to have a district in this type of financial crisis.”

Jerry Ford, of Ford & Associates, explained at the Oct. 6 board meeting how school district operational costs since the 1970’s are largely funded through the Florida Education Finance Program (FEFP), which factors how much money will come from state revenues derived from sales tax revenue, which come on a “fairly level monthly basis throughout the year.” Revenue generated from property taxes, however, comes in large part between Thanksgiving and Christmas, which is about the same time expenses likely would outstrip revenue. Wealthier school districts depend more on property taxes than poorer districts, Ford said, which derive most of their funding from state sales taxes.

Enter the Tax Anticipation Note, a short-term borrowing instrument that almost always is required to be paid back during the same fiscal year. The TAN resolution before the board was to borrow no more than $80 million, with discussion that the request would not exceed $75 million based on the situation in early October.

School board chairwoman Melissa Snively noted her concerns over a deferral of property taxes and penalties due, based on the current financial and pandemic situation, and was told this would have “a chilling effect” on the district’s financial station.

Snively called the TAN note “a responsible decision that we need to make.” Board member Lynn Gray, who won her seat for another four-year term Nov. 3, inquired about the school district’s fund balance, which Ford said has been in decline for many years.

Issuing a TAN note would be “a prudent move, rather than having to worry every minute right up until that tax collection came in, to know if it was going to happen or not,” Ford said. “Nobody needs that kind of stress.”