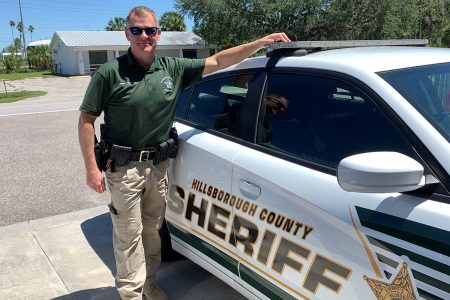 Community Resource Deputy Jeff Merry, of the Hillsborough County Sheriff’s Office, cautions residents to thoroughly check the credentials of people they hire for any kind of construction or repair work. Those who don’t often become victims of contractor fraud.

Unfortunately, this type of fraud is common.

According to Merry, a recent 10-day undercover sting operation in Sun City Center led the Hillsborough County Sheriff’s Office to arrest 27 unlicensed contractors and press charges against another 10 with the state.

“It’s a rampant problem in this community, where residents are using unlicensed people to do work that requires a licensed contractor, like electrical, plumbing, roofing and flooring, all to save a buck,” Merry said. “But in the long run they lose money because they’re charged for work that’s not completed, done as promised or guaranteed. 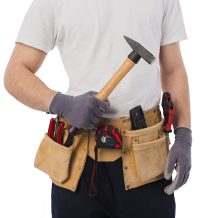 The work is often substandard, and some victims have to pay “almost double” to get the job redone or repaired, the deputy said.

According to an HCSO press release issued Oct. 3, the sting was conducted from Sept. 21 to Oct. 2. Posing as homeowners in an undisclosed location, undercover deputies met with unlicensed contractors who had advertised a variety of home improvement services online. The subjects gave either verbal or written estimates for jobs that included replacing or remodeling bathrooms, doors and windows and the pouring of concrete pads and sidewalks, the release said.

Quotes for these projects ranged from a few hundred dollars to thousands.

One of the unlicensed contractors arrested during the sting offered to remodel a walk-in shower for $1,600. He was found to be a high-risk sex offender on GPS-monitored felony probation who had been convicted of Lewd and Lascivious Molestation on a Victim 12 to 15 Years of Age, Lewd and Lascivious Molestation on a Victim Less Than 16 Years of Age and Promoting the Sexual Performance of a Child.

Another unlicensed contractor who offered to install aluminum gutters for $850 was discovered to have cocaine in his shoe after he was taken into custody and searched.

“I estimate shoddy workmanship costs our residents at least a half million dollars a year,” he said. “Don’t be too trusting. You should always verify that the person you’re hiring has experience and the proper credentials to do the job right the first time.”

It’s a matter of protecting your resources.

“You can get referrals from your neighbors or through social media, but be sure to do your own homework, as well,” Merry added. “If you use someone that’s unlicensed, there usually is no recourse. And typically the money you spent is lost.”

To verify if someone is properly licensed, visit www.myfloridalicense.com or call 850-487-1395.

And if you believe you’ve been victimized by contractor fraud, call the Hillsborough County Sheriff’s Office’s Homeland Security Division at 813-247-8622.