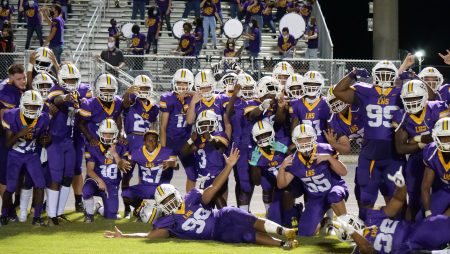 PHOTO BY Rich & Company Florida LLC / 727-351-2243
The Lennard Longhorns celebrate after victory over Alonso last week. Although forced to discard orange and white colors by the University of Texas, the Ruskin squad is doing just fine in purple and gold.

The two newest high schools in South Shore again claimed victories on the gridiron Sept. 25. While the Lennard Longhorns and the Sumner Stingrays were racking up big wins, East Bay, the oldest high school in South Shore, came up short at Durant, and Spoto was swamped by Jefferson High of Tampa.

In Ruskin, the purple and gold-clad 2-0 Longhorns took an early first quarter lead over 1-2 Alonso and dominated the rest of the way in Lennard’s 21-3 home opener. Lennard, which opened its doors in 2006, appears headed to one of its best seasons under Coach Matt Kitchie. A huge test awaits the Horns Oct. 2 in Sarasota with the likes of the 2-1 Riverview Rams, always a tough draw for Lennard. The Longhorns are home again versus Newsome on Oct. 9. The Wolves are 1-0 after opening with a close win over Durant and facing Riverview Sharks this Friday.

Offensively, Lennard was led last week against Alonso by junior quarterback Gavin Henley. Henley threw for all three Lennard scores and compiled 171 aerial yards on a 15 for 27 night. The 6-1, 180 pound signal caller also rushed seven times for 48 yards, with a 19-yard gainer the longest. Henley received plenty of help from glue-handed receiver Dax Corr, a senior co-captain who snared four passes for 40 yards and one score. Sophomore Eelijah Singleton grabbed one toss for a 45-yard TD. Senior co-captain Amari Jones, a force on offense and defense all night, scored the other TD with a 23-yard reception. Two sophomores, A.J. Hill and Draiden Neidge, hauled in four and three passes respectively.

In addition to Henley’s work throwing and running the ball, Lennard showed diversity with a ground attack that got 60 yards on seven carries from sophomore Neidge; 50 yards on three totes from junior Jahki Davis; and some short-yardage bull rushing and blocking from Chauncy Jones II, a 5-9, 215 pound junior.

Kitchie was pleased with the defensive work of Amari Jones and 6-3, 200 pound senior lineman Josh Stobbs. Kicking in with contributions were sophomore Anthony Loschiavo, who was perfect on three PATs, and Matthew Greenaker, who had three kickoffs for 76 yards. 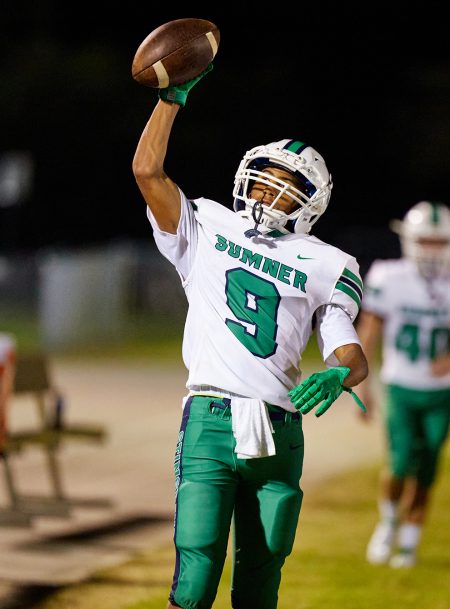 Sumner continued its amazing season with its third straight varsity win. The Rays cruised past Strawberry Crest in Dover 22-6. An overall team effort was led on offense by running back Keoni Denny and QB Jason Rivera. Standing out on defense were Denny and Mekhi Slater. The new kid on the block, Sumner in its inaugural season, plays with no seniors.

A last minute schedule change now has the Stingrays visiting Durant this Friday night. Sumner’s game with the Newsome JV is scratched, and now the new school faces a tough, 1-1 Cougar varsity over near Plant City.

Coach Alonzo Ashwood then takes his young squad on the road for another varsity match-up. This could be another varsity win as the Rays face 0-2 Leto in Tampa on Oct. 9. The Falcons have scored only 6 points this season and given up 84. A Sumner home game on the astro-turf follows on Thursday, Oct. 15, at 7 pm against the East Bay JV. Sumner closes the season on the road. A trip to play the Lennard JV on Oct. 22 is followed by a date with the Brandon varsity on Oct. 30.

East Bay, the oldest South Shore high school, which dates back to 1957, dropped a road decision to the Durant Cougars 27-13 last Friday, after defeating Sickles the previous week. Coach Frank LaRosa’s squad seeks to re-group in a wicked match-up with 1-2 Tampa Bay Tech at the Big Bend Road school on Oct. 2. TBT lost last week 25-22 to Bloomingdale, after losing to Gaither 34-14 earlier in September. The TBT lone win came over Steinbrenner, 34-1

Spoto, in operation since 2006, looks to bounce back Oct. 2 at 0-3 Brandon. Coach Alfred Smith’s 1-2 Spartans have a win over Freedom and come back home to Riverview to face visiting Blake on Oct. 9 and Hillsborough High Oct.16. The Spartans were shutout last Friday by Jefferson, 53-0, in Tampa.

The Riverview Sharks of Coach Mosel had an off-week. The 1-1 Sharks visit Newsome Oct. 2 and go to East Bay Oct. 9. Riverview then comes home for an Oct. 16 game with the Riverview Rams of Sarasota. The Riverview High in Hillsborough County started in 1998. The Sarasota Riverview dates back to 1958. 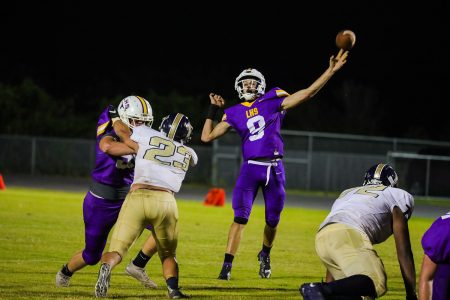 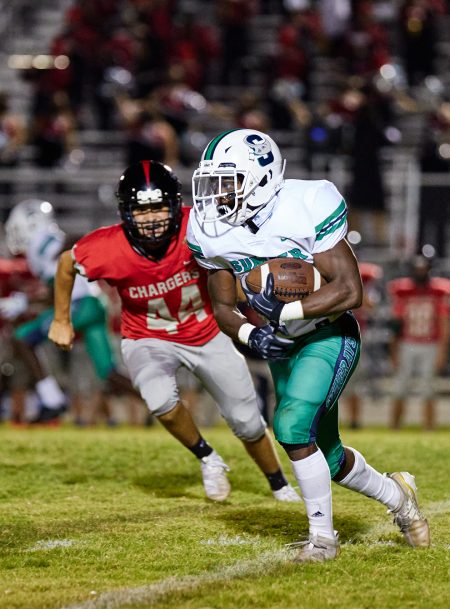 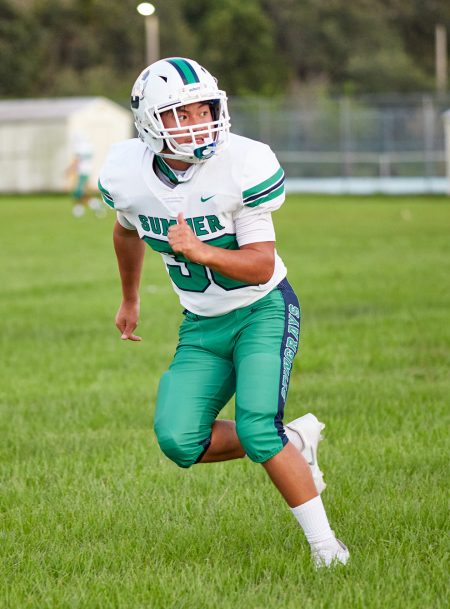 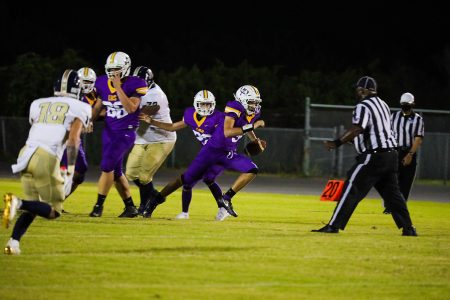 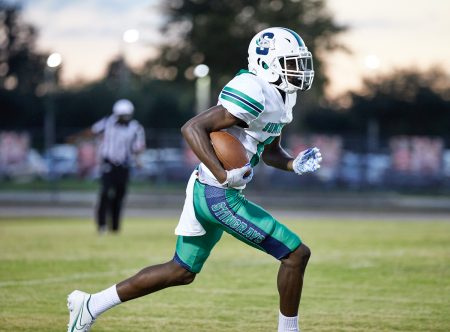 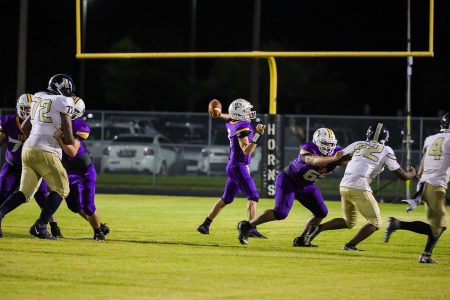 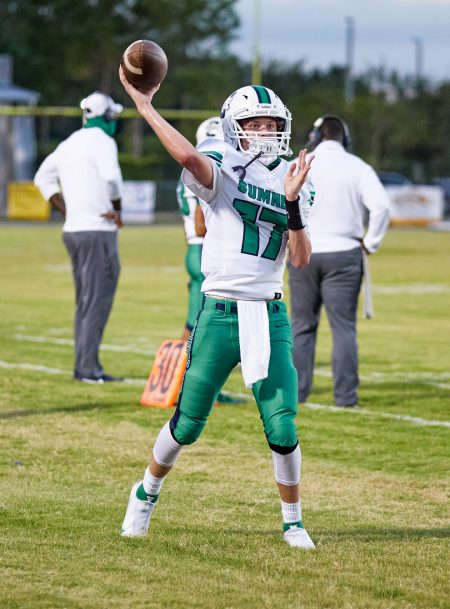