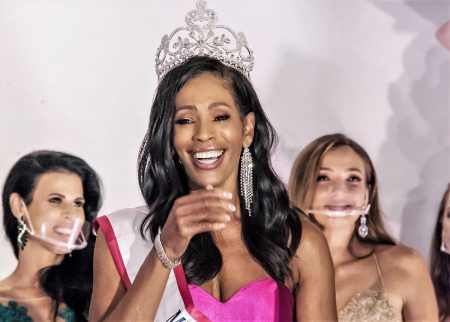 PHOTO PROVIDED BY KATRINA SPAGNOLETTI
Ruskin resident Katrina Spagnoletti, 56, being crowned Mrs. Florida American Sept. 5 in Orlando. She will go on to compete for Mrs. American 2020 in Las Vegas in December.

A 56-year-old Ruskin resident recently competed against women from all over the state to win the title of Mrs. Florida American 2020. The oldest woman ever to capture the state title, she competed (as Mrs. Hillsborough County) against many contestants more than 20 years her junior.

The panel of judges included Dr. John Choi, a certified plastic surgeon; Dr. Nicole Johnson, a public health director and Miss America 1999; Randy Jones, the “cowboy” from the Village People; and Jaclyn Stapp, author and wife of the lead singer of Creed.

“This was my second pageant,” Spagnoletti said. “In 2018, I competed in my first one for the title of Mrs. Virginia and won second runner-up. I wanted women my age to understand they’re still beautiful, and they should live their best lives.” 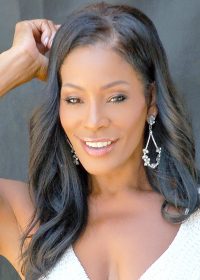 Katrina Spagnoletti
Ruskin resident Katrina Spagnoletti, 56, is the oldest woman ever to win the title of Mrs. Florida American. She did so Sept. 5 at the Westgate Lakes Resort and Spa in Orlando and will go on to compete for Mrs. American 2020 in Las Vegas in December.

Additionally, Spagnoletti won the “People’s Choice” crown through raising the most money for the Victoria’s Voice Foundation, an organization founded by Westgate Resorts owners Jackie and David Siegel, who lost their daughter Victoria to a drug overdose when she was 18. She also won the Best Fit title.

Spagnoletti’s topic during her interview was “Voices.” As a survivor of early childhood sexual abuse by her stepfather, she had recently written What My Mother Never Knew, a book aimed at opening up a dialogue for others who have experienced sexual, mental or physical abuse. Her goal is to “educate people on how to protect children from sexual predators and, more importantly, to help motivate survivors to tell their stories to begin the healing process,” she said.

In her book, Spagnoletti discusses what she went through as a child and how it left her with feelings of abandonment and the inability to trust and build lasting relationships into adulthood. She also talks about her healing process.

The last few chapters of her book focus on nutrition and exercise and are aimed at helping women over 40.

Spagnoletti’s titles give her yet another way of reaching people as a motivational speaker.

“I love having a platform, and it seems when you have a crown and sash, (people) pay more attention to what you’re talking about,” she said. “I’m excited about this new adventure in my life and the opportunity to get my message out. I’m so glad I did this.”

Spagnoletti and her husband, Anthony, a retired Marine, have lived in Ruskin for the past 18 months. They have five children and three grandchildren between them.

Riverview chamber, small businesses adapt to ‘business in the now’

Back to normal (almost) with South Shore football