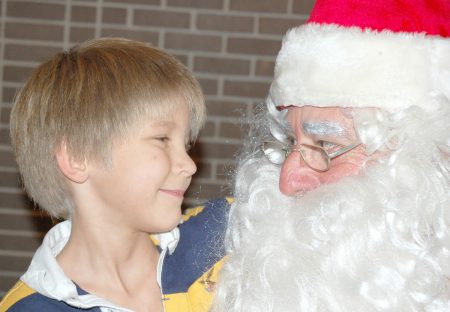 LINDA CHION KENNEY PHOTOS
Sergey Sullivan, son of John and Kay Sullivan, co-founders of Winthrop in Riverview, takes a special moment with Vince Ferraro as Santa Claus, at Center Place in December 2008. Ferraro for decades would fill the roll and give each child the time and attention he or she requested.

Remembering Vince Ferraro, a ‘man who refused to look away’

If there were a position to fill for patron saint of the hungry and homeless in southeastern Hillsborough County, Vince Ferraro surely would be in the running, remembered in his passing as a man who had a deep faith and an abiding sense of purpose to serve people in crisis situations.

For more than 30 years, Ferraro, a career certified public accountant, lent his talents and his heart to the mission of the Emergency Care Help Organization (ECHO) and its work to bridge the gap between crisis and stability for individuals and families falling on hard times.

Founded in 1987 in partnership with the Brandon Ministerial Association and business community, ECHO was established so churches and other organizations could send people in need to one central location, a location that would serve families in the Greater Brandon community and beyond. 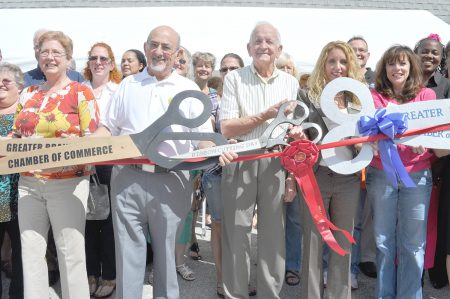 Julian Craft, left, and Vince Ferraro, both instrumental in the founding and advancement of the Emergency Care Help Organization (ECHO), at a 2012 Greater Riverview and Greater Brandon chambers of commerce ribbon-cutting for the nonprofit’s Client Service Center in Brandon. ECHO expanded into Riverview in 2018. Craft died in 2017. Ferraro died Sept. 10.

To better serve the Greater Riverview community, ECHO South County in Riverview opened in 2018, at 7807 Capitano Street. ECHO in Brandon is at 507 North Parsons Ave.

“Vince was so happy we opened in Riverview because we had the resources to do it, and he knew we could help that many more people,” said Eleanor Saunders, ECHO’s executive director. “This allowed us to really go to where the people were instead of their having to drive to Brandon.”

Vincenzo “Jimmy” Ferraro died Sept. 10 after a long illness. He was 75.

Vince Ferraro and Cynthia Pinckney, at the Aug. 25, 2008, ribbon-cutting for I Am Hope Café, then at the First Baptist Chuch of Mango, under the auspices of the Greater Brandon Ecumenical Ministries.

Memories burn bright for the thousands of people whose lives Ferraro touched, including those he helped with his servant’s heart and in costume as Santa Claus at Center Place for decades.

“Vince treated every child special,” said former honorary mayor of Brandon, Lisa Rodriguez, of the Center Place Fine Arts & Civic Association. “He played Santa at the annual lighting of the Christmas tree, and he would serve as Santa at our Santa workshops and luncheons. Anywhere we needed a Santa, he was always there.”

Rodriguez’ husband Sandy and Patricia Odiorne helped found Center Place more than four decades ago. Odiorne’s son, Ryan Odiorne of Odiorne Insurance, said he had known Vince “as long as I can remember.” Odiorne, another former Brandon honorary mayor, continued, “Vince was a great, great individual. He was a very caring person, and I can’t tell you if I ever met anyone who disliked him. He was always doing something to help other people.”

In addition to his help founding ECHO and his work on the board for 30 years, Ferraro, as president of the Greater Brandon Ecumenical Ministries, helped establish the I Am Hope Café that had been housed at First Baptist Church of Mango. He was the impetus behind opening a cold weather shelter for the homeless at the Brandon Community Center on East Sadie Street.

“The first couple of years he would pick people up in his own truck to transport them to the shelter,” Saunders said. “It wasn’t okay with Vince that we had homeless families in our community. It wasn’t okay that a homeless woman had to sleep outside at night. He was a man who had his priorities right. He loved God, he loved his family and he loved his community.”

Vince Ferraro, left, and Dick Stowers, at the May 2, 2010, dedication ceremony for Richard A. Stowers Elementary School in Lithia.

As a civic-minded leader and deeply spiritual man, Saunders said she found in Ferraro “an instrumental sounding board” and a “man who refused to look away.” Upon leaving the ECHO board three years ago, “he immediately started the advisory board, which meets quarterly to talk about vision, strategy and expansion.”

As for his impact in the community, “I can hardly quantify,” Saunders added. “Think about how many people had a warm place to sleep because of Vince and how many families had food on their tables because of Vince Ferraro. I mean, it’s thousands upon thousands.”

According to Ferraro’s obituary at Riverview’s SouthernFuneralCare.com, he received the President’s Lifetime Achievement Award under President Obama’s administration for his lifelong commitment to building a stronger nation through volunteer service. Ferraro’s long list of service includes work as a Rotarian and with the Special Olympics, the American Cancer Society and the Outreach Clinic in Brandon, which provides medical care to Hillsborough County residents who do not have health insurance and cannot afford healthcare.

Born on Oct. 31, 1944, Ferraro spent most of his childhood in Ybor City. He served a one-year tour of duty in Vietnam with the 231st Transportation Company (“Grandad’s Gators”). In 1971 he earned a B.A. in accounting from the University of South Florida. He founded Ferraro & Company in 1994, which grew to become Ferraro, Higginbotham & Hayes and today is Ferraro Hayes, CPA, PA.

“I will always remember that he never told me what I wanted to hear but what I needed to hear,” Tony Ferraro said. “He was always leading by example and teaching us to help others,” Joseph Ferraro said. “He had a love for gardening,” Gina Boone said. “He would probably tell me that I had a third-generation green thumb inherited from his mother.” Ferraro taught his children “the importance of family, faith, tradition, hard work, charity and integrity,” Christina Escobedo added. “And in his final moments he taught one last important lesson, [that] death is not something to fear but to be embraced for what it truly is, a peaceful passage to our next great adventure.”

The family asked that in lieu of flowers donations be made to ECHO. Visit www.echofl.org. 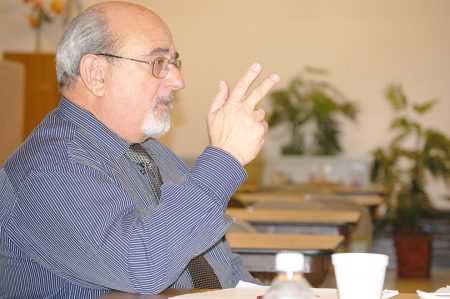 Vince Ferraro, at a December 2009 meeting discussing I Am Hope Café. 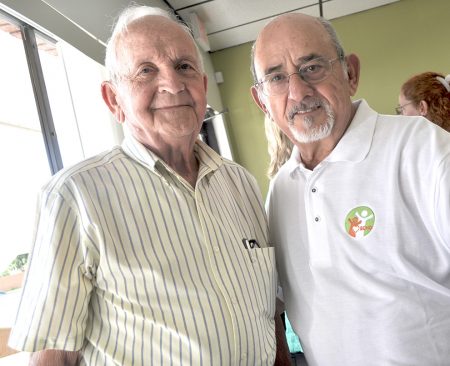 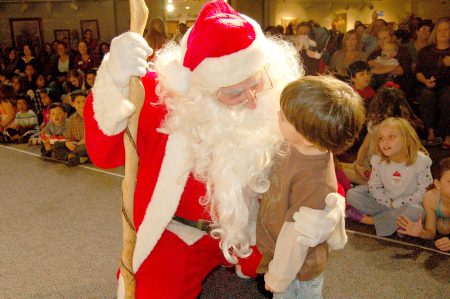 Vince Ferraro for decades would fill the role of Santa Claus at the Center Place Fine Arts & Civic Association for the annual lighting of the Brandon Christmas tree. 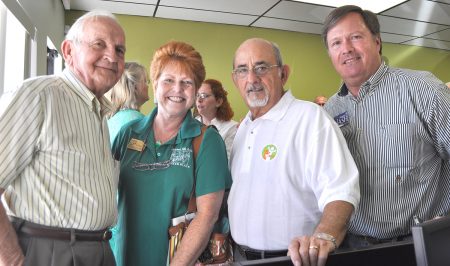