100th anniversary of the 19th Amendment 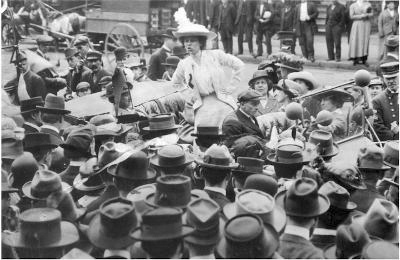 Ruskin resident Kate Richards O’Hare, seen here, was active in the women’s suffrage movement in the early 19th century, when middle-class and wealthy women marched, went on hunger strikes and were attacked by mobs that opposed them. She was a national speaker who participated in many marches throughout the country and debated anti-suffrage speakers.

The GFWC Ruskin Woman’s Club thinks it’s a big deal that women have the right to vote, and this year marks the 100th anniversary of the 19th Amendment. Since this amendment to the U.S. Constitution ensured women that right, the club is taking part in a nationwide celebration. 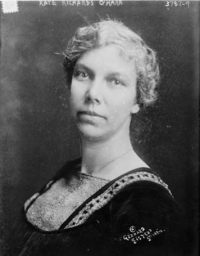 Thanks to this woman, Kate Richards O’Hare, and other Ruskin residents, including Adaline Dickman Miller, Harriet Orcutt, Minerva Cushman, women today have the right to vote in all elections.

On Aug. 15 the Ruskin Woman’s Club decorated the entrance to its historic clubhouse in purple and gold in advance of a national effort coming up Aug. 26, called the Forward into Light campaign, the 2020 Women’s Vote Centennial Initiative that commemorates the amendment’s 100-year anniversary.

“We’re doing this in conjunction with Forward into Light,” said longtime Ruskin Woman’s Club member Sandy Council. “Buildings and landmarks all around the country will light up in those colors, which symbolize the Women’s Suffrage Movement.”

The Forward into Light Campaign was named in honor of a famous women’s suffrage slogan: “Forward out of darkness, leave behind the night; forward out of error, forward into light.”

Several months ago, Council was watching The Florida Channel and saw that Gov. Ron DeSantis had appointed a commission to celebrate the centennial. She became interested and decided to talk with local historian Mac Miller, who knew about Ruskin residents Kate Richards O’Hare, Adaline Dickman Miller, Harriet Orcutt, Minerva Cushman and others. All had been active in one way or another in the women’s suffrage movement from 1914 to 1920, when middle-class and wealthy women marched, went on hunger strikes, were force fed and attacked by mobs that opposed them. Many were arrested.

O’Hare, who was a national speaker during the women’s suffrage movement, participated in many marches throughout the country and debated anti-suffrage speakers.

When Council asked the Ruskin Women’s Club board to form an ad hoc committee on the centennial, she was requested to chair it. Taking things a step further, she “called around” to see if the Sunshine Skyway Bridge could be lit in purple and gold. She said she was told that “Due to the COVID-19 proclamation of national emergency, the only colors that can be displayed on a Federal highway are red, white and blue.” 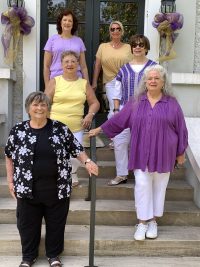 LOIS KINDLE PHOTO
From top left, Kat Sherwood, 1st vice president-elect, and Cheryl DeLeon, president; second row Barb Diana, secretary, and Anne Frappier, treasurer. In the front row, Sandy Council, ad hoc chairwoman for the women’s suffrage centennial committee, and member Kathy Wallin gather on the steps of the GFWC Ruskin Women’s Club to decorate the entrance in purple and gold in observance of the 100th anniversary of the ratification of the 19th Amendment to the U.S. Constitution.

“Ruskin was highly progressive during that time,” Miller’s wife, Melanie Hubbard, PhD, a local author and researcher, explained. “Women could own property, and if they did, they could vote and hold public office in the community, which was then known as the Ruskin Commongood Society.

“It would be unthinkable now to be growing up female without having the right to vote and the recognition of one’s basic human dignity.”

“I’ve always taken my right to vote seriously, ever since I [first] registered,” she said. “I feel so many young women today don’t know what their foremothers went through on their behalf. If they did, they would honor them and the privilege they’ve been given as a result of the brave actions of the suffragettes.”

According to a number of sources, including www.history.com and www.womenshistory.org, the women’s suffrage movement in the United States had roots in the abolition movement. 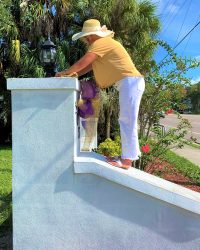 LOIS KINDLE PHOTO
GFWC Ruskin Women’s Club President Cheryl DeLeon affixes a purple and gold ribbon bow to one of the club’s entranceways Aug. 15 in advance of the Forward into Light campaign’s national celebration Aug. 26. Purple, gold and white were the colors of the women’s suffrage movement in the United States.

In 1848, 300 women and men, including organizers Elizabeth Cady Stanton and Lucretia Mott, met at a convention in Seneca Falls, N. Y. Sixty-eight women and 32 men, including Frederick Douglass, signed a document called the Declaration of Sentiments, which sparked decades of activism on the question of a women’s right to vote.

It wasn’t until 1890 that the first state (Wyoming) gave women the right to vote in all elections.

On Aug. 18, 1920, the 19th Amendment to the Constitution, nicknamed “The Susan B. Anthony Amendment,” was ratified, securing the right for all women, ages 21 and above, to vote. 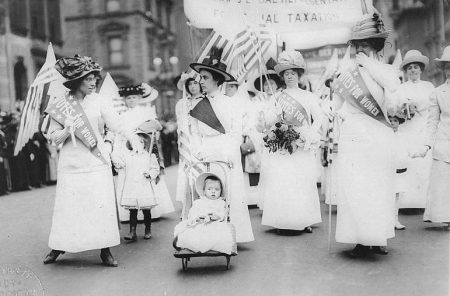 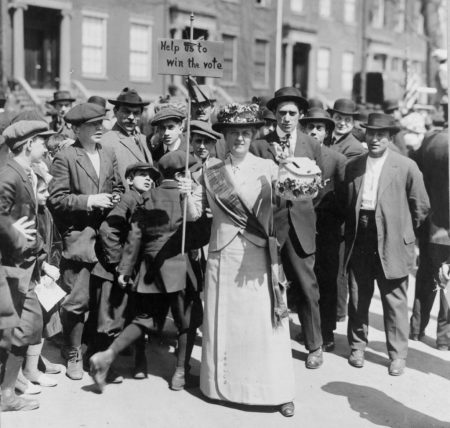 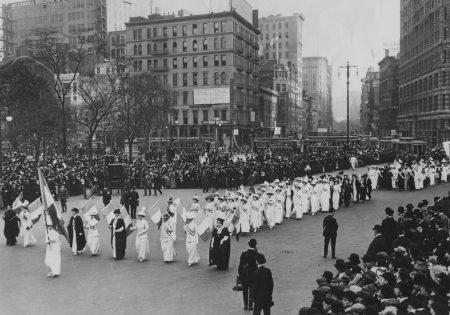 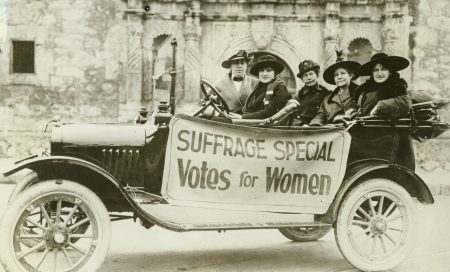 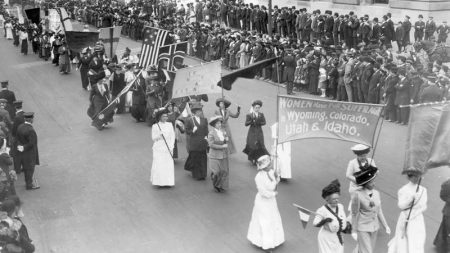