When we celebrated the nation’s birthday July 4, folks all over the country were foregoing large gatherings and making do with partying that offered a comfort level of social distancing. At Valencia Lakes, residents of the 1,600+ unit senior community seized the opportunity to participate in a golf cart parade that has become an Independence Day tradition.

Rodney David, planning committee chairman, said they were pleased with the 40-cart turnout and attributed the enthusiasm for the event to “folks just itching to get out.” He is optimistically looking forward to December when he thinks they will be able to proceed with the holiday golf cart parade as well. 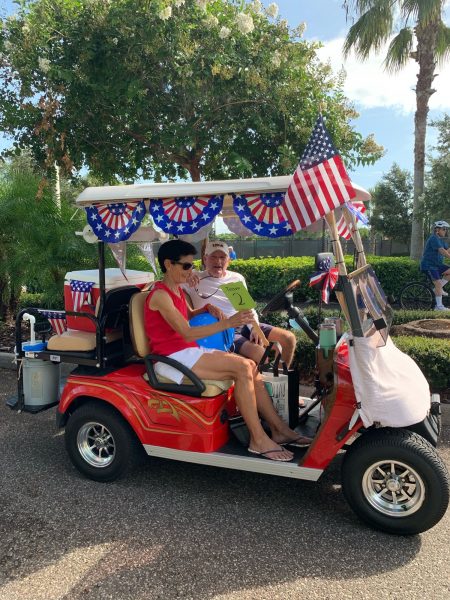 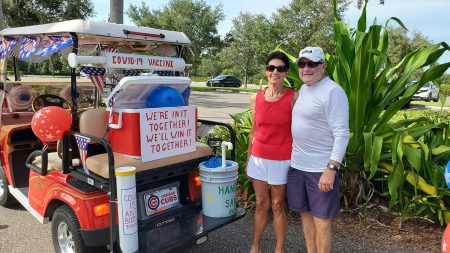 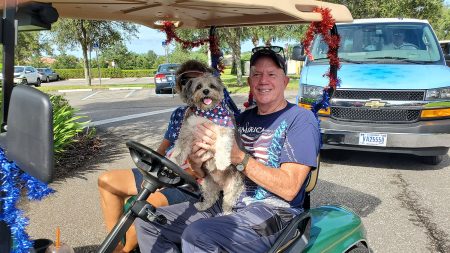