The Hillsborough County group charged with taking action concerning health protocols in the fight against COVID-19 has again changed positions on a recently passed executive order, this time as it relates to mandated face coverings. 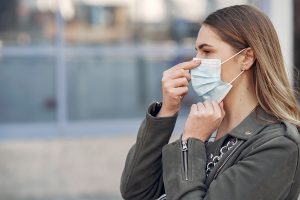 The eight-member Hillsborough Emergency Policy Group (EPG) acted swiftly before to reverse a recent action. On April 16, the group voted to rescind its three-day-old curfew and to move against requiring residents to wear masks and face coverings in public settings.

Now, the EPG has voted to amend the executive order it approved June 22 concerning the wearing of face coverings inside businesses that provide goods and services directly to the public, and where employees and customers are not able to maintain social distancing.

Additional changes are expected again at the group’s July 6 meeting, when the executive order is next up for another seven-day renewal.

The original order, approved June 22 in a 5-3 vote, allowed for many exceptions, including for children under age 2, for people with health conditions, for people who can’t perform their jobs while wearing a mask and for people who maintain social distancing while exercising. Moreover, the order did not apply to religious services, nonprofit organizations, private clubs and government agencies.

At its June 29 meeting, the EPG broadened the exemption for children under age 2, which now is extended to children under age 8, based on a motion by Temple Terrace Mayor Andrew Ross, who said he picked age 8 based on his experiences as a parent. The motion passed unanimously.

The EPG also added an exemption for children under age 18 who participate in organized youth activities, including with sports teams and leagues, youth clubs and programs, childcare, summer camp and youth recreation programs. Hillsborough County Commissioner Sandra Murman made the motion, which passed unanimously.

Meanwhile, the exemption for nonprofits has been lifted for nonprofits that supply goods and services to the public in inside areas. Employees and customers of these nonprofits are now required to wear masks. Hillsborough County Commissioner Kimberly Overman made the motion, which passed unanimously.

The executive order is up for renewal again at the EPG’s July 6 meeting, set to start at 1:30 p.m.

Action is expected on a provision causing controversy that calls for business owners and operators to enforce mask-wearing compliance and enforcement, which was discussed in depth at the June 29 meeting. EPG members asked Christine Beck, with the county attorney’s office, to research and report back on alternatives to criminal penalties and ways to shift mask-wearing compliance to business patrons. Also under review is allowing business owners and operators to show good-faith efforts in compliance, such as posting signs that ask customers to wear masks.

For sure, not all members of the policy group see eye-to-eye on the issue of mandating face coverings in any situation, a point EPG chair and Hillsborough County Commissioner Les Miller alluded to in his remarks.

“I just don’t understand for the life of me, what’s the negativity about people wearing asks when we’re talking about saving lives,” Miller said. He expressed concern that with further action, the executive order could effectively turn into a “glorified recommendation.”

“In my personal opinion I am not anti-mask,” said EPG member Melissa Snively, chair of the Hillsborough County School Board. “I am anti mandates. Either way, I can’t support philosophically the mandate, but I also support people wearing the mask by choice and to help stop the spread of the virus.”

Indeed, flattening the curve is a pressing concern, as EPG members have been hearing at their twice weekly meetings, held Monday and Thursday at 1:30 p.m., to address the COVID-19 pandemic.

As of June 29, there were 10,237 cases in Hillsborough County and 135 COVID-related deaths. Documented County cases week over week rose from 217 the week of May 17 to 4,372 cases the week of June 21. Over the same time period, emergency department visits, both for influenza-like and COVID-like illnesses, jumped from 77 to 363 and from 198 to 798, respectively.

At a recent EPG meeting, Florida Surgeon General Scott Rivkees said the highest risk factor is exposure to an infected individual within 6 feet for more than 10 minutes. “More than 10 minutes within six feet,” Rivkees added, “and this disease can be markedly reduced by wearing a mask.”

On June 29, Snively and Chronister voted against a seven-day renewal for the executive order, while Lott favored, but not without making it a point to say he did so out of respect for the collaborative efforts of his fellow EPG members. Still, he added, “I don’t like mandates, I’ve been crystal clear about that.”

Along with Miller, Murman, Overman, Snively, Lott, Ross and Chronister, EPG group members include Tampa Mayor Jane Castor. Under state and county authority, the EPG is charged to protect the health, safety and welfare of Hillsborough residents during declared emergencies.