Let’s not throw the baby out with the bath water 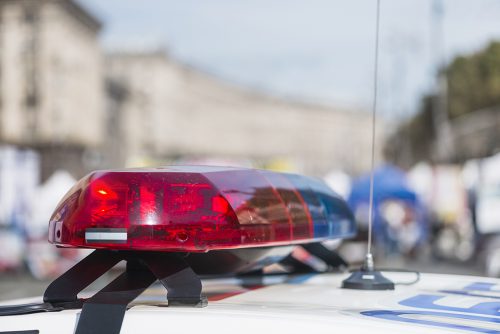 Let’s not throw the baby out with the bath water

There’s been a lot of talk lately about defunding law enforcement agencies in response to calls for police reform. The conversation includes everything from shifting funds to other agencies to disbanding police departments altogether. What “defunding” means depends on who’s saying it.

While I believe operational changes are absolutely called for, I don’t think the answer is to strip away our financial support for the men and women who literally put their lives on the line to keep us safe.

I would argue that many law-enforcement budgets need more, not less money to provide routine sensitivity, de-escalation and intervention skills training, as well mental health counseling.

The work our deputy sheriffs and police officers do is fraught with tension as they deal with some of the most volatile situations imaginable. They have mere seconds to make life-and-death decisions, and, yes, a few are ill-equipped to do so.

The Hillsborough County Sheriff’s Office is a shining example of what can be done when adequate funding is allocated.

“We can always get better,” said Community Resource Deputy Jeff Merry, who has experienced working for both metro and county law enforcement and a federal task force during his law enforcement career. Each agency had its own policies and procedures.

“The Hillsborough County Sheriff’s Office is ahead of the curve when it comes to proper funding for cutting-edge training,” Merry said. “We are authorized to use choke holds only if a situation calls for deadly force. If we have to pin someone (who’s uncontrollable) to the ground, we are trained to place our knee between the shoulder and hip, not [on the] the head or neck. And we have a duty to report and document any use of force.”

To de-escalate tensions, build public trust and add greater transparency, Hillsborough County Sheriff Chad Chronister recently asked the Hillsborough County Commission to fund full-time use of body cameras on all his patrol deputies. His request was approved by a 6 to 1 vote and should be implemented within 45 to 60 days.

Are there bad apples among our country’s law enforcement officers? Absolutely.

But they are the exception, rather than the rule. We need to eliminate policies and contractual provisions that protect the few and mar the reputation of many. Individuals with repeated instances of abusive behavior must be weeded out of their respective agencies.

Like many of us, I’ve been horrified by recent videos of African Americans being killed by police officers. I dare say many of those wearing a badge feel the same way.

It’s appropriate that juries will determine whether the use of deadly force involved in the recent deaths of George Floyd, Rayshard Brooks and other black men and women was necessary and appropriate.

In the face of these and other incidences of violence, it’s become apparent that more funding for community services focused on mental health, health care and education are necessary, but not at the expense of law enforcement.

Additional training, reforming outdated policies and doing away with the protection of officers who use excessive force are much more beneficial ways of combating abusive practices.

Whether or not you believe racial discrimination was involved in recent events doesn’t change the fact that racism is very much alive in our society today, something, I believe, is a learned prejudice. My heart goes out to all of those in our society who live with it day in and day out.

No one should be singled out, followed, profiled or disrespected for the color of his or her skin. No parents should have to tell their children they will run into people who won’t like them because they look different than they do.

Answers for this issue don’t come easily, my friends, and generations of learned beliefs and behaviors are so, so difficult to address because they involve the changing of hearts and minds.

No one is better than anyone else, and everyone should be treated the same. It’s time we all get that straight, folks, once and for all.

Lois Kindle is a freelance writer and columnist for The Observer News. Contact her at lois@observernews.net.