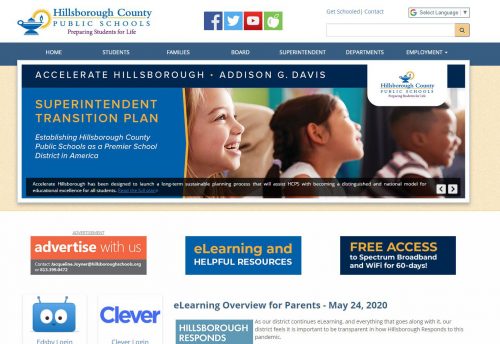 Hillsborough County’s newly appointed school superintendent, Addison Davis, has named his 15-member executive team, including seven outside hires, which is said to be the district’s “most culturally diverse executive team” ever.

School board chair Melissa Snively said the action was not unexpected.

“We brought Addison in as an agent of change, and we knew we would have to make some significant changes in our school district if we truly wanted to put students first,” she said.

In addition to seven executive team members hired from outside the school district, the superintendent’s team includes eight people who worked for Hillsborough County schools before Davis’ appointment.

The team’s work is to “Accelerate Hillsborough.” 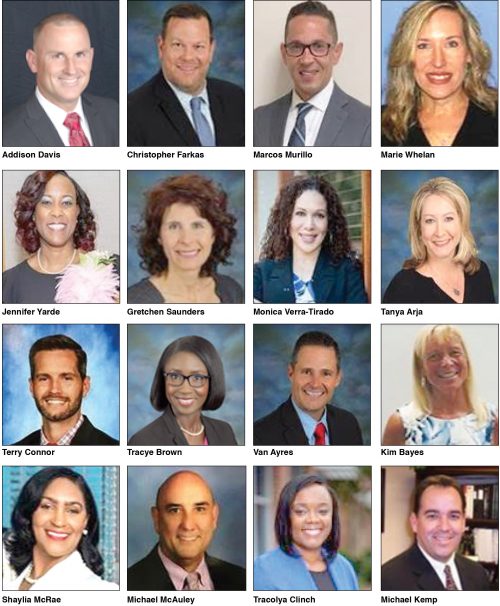 Among the newly hired executive team members is Michael Kemp, who was the assistant superintendent for operations in Clay County, where Davis served as superintendent before his Hillsborough appointment. Kemp, with 30 years experience in education, is the newly named deputy superintendent of schools. He reportedly is a frequent speaker in the areas of “district culture, standards-based belief systems, school accountability, student achievement, technology integration and school-based performance incentives.”

Chief of staff is Michael McAuley, who worked in both Duval and Clay counties, with experience also at the state level and as a national and international lecturer and consultant. He reportedly has maintained practice as a school psychologist at the district level and as an educator and trainer of graduate students in psychology, social work, mental health and educational practices at the university level.

Kim Bays, also from Clay County, where she was chief of elementary education, is now Hillsborough’s chief of schools, administration and leadership development. In Clay, she oversaw curriculum development and alignment. In Duval County before that, she was a region superintendent and executive director of K-12 science, social studies and fine arts.

With 24 years of experience as an elementary educator, Jennifer Yarde is the newly named chief of elementary school, bringing to the task her experience in Trenton, N.J., and in Duval County, where reportedly she was valued for her experience in curriculum and instruction and leading data-driven practices.

The newly named chief of high school is Tracolya Clinch, a 15-year educator who most recently served as principal of Andrew Jackson High School in Duval County. According to the Hillsborough news release, “Andrew Jackson, once the lowest ‘F’ high school in the state of Florida, doubled enrollment, earned three consecutive ‘B’ school grades, transformed into the district’s top STEM magnet and was awarded Microsoft Showcase School designation.”

Monica Verra-Tirado is the newly named chief of equity and diversity. In 2012 she was named chief of the Florida State Department of Education Bureau of Exceptional Education and Student Services. Her new job is to collaborate with “families, school district personnel and community leaders to ensure our district meets the needs of all learners, promoting inclusion, access and achievement.”

Yarde, Murillo and Clinch, as the chiefs of elementary, middle and high schools, reportedly have nearly six decades of collective experience “implementing data-informed initiatives and enhancing academic programs, all while closing the achievement gap.”

Ayres, as chief of innovation, is expected to “work to create robust pathways for students, including career technical options and dynamic school choice opportunities.”

Brown, as chief of climate and culture, is to collaborate with teachers and school-based leaders “to leverage such things as mental health supports, positive behavior supports, social emotional learning and early childhood.”

And McRae, as chief of transformation, is to focus on 29 schools that have the greatest need and, in providing additional supports, to build out “a customized system of support for students and engaging families in the educational process.”