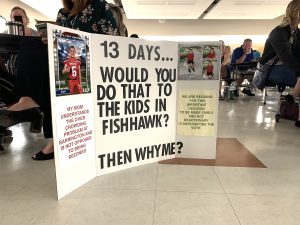 Set to open in August 2020, the new school, at 14150 Gate Dancer Road, is being named for the community in which it resides. Despite a last minute push to recognize former principal Joseph “Joe” Green, the school board voted 5-2 at their Feb. 18 meeting to approve the name, “Belmont Elementary School.”

School Board member Stacy Hahn, whose district includes the Belmont community, said south Hillsborough County “is a large, spread-out area,” and it’s important for neighborhoods to build their identities,” which “lots of times [is] built around a school.”

School board chair Melissa Snively, at the board’s Feb. 4 meeting, successfully moved to consider Green Elementary as a last-minute consideration, recognizing in part Green’s impact as a principal of both Cypress Creek and Ruskin elementary schools.

Green’s wife, Bea, spoke at the Feb. 18 meeting and thanked the board for its consideration, calling her husband “an amazing person.

“He’s not one that wanted recognition for himself,” she said. “He’s always looked out for others, and he’s extremely dedicated to children. He wants what’s best for kids. He is a visionary. What better way to connect this new school with the community of Ruskin than to name it for Joe?”

Also at the Feb. 4 meeting, Snively moved to consider a last-minute boundary change proposal that would move Panther Trace students out of Barrington and into Rodgers Middle School. 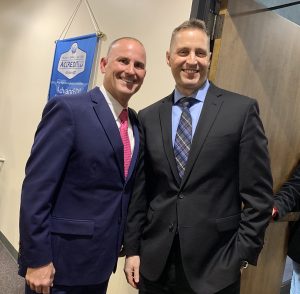 Panther Trace parent Lori Themar stood against the measures at both a Feb. 12 parent meeting at Barrington and at the Feb. 18 school board meeting, where she echoed the concerns of many who spoke as well.

“Thirteen days ago my community was blind-sided with a robocall informing us of the addition of our community to the rezoning proposal,” she said. “It is unfair to include our community with such short notice and after the first, and most important, school choice window has already closed.”

She noted her community’s concern that FishHawk parents had the opportunity to voice their concerns earlier in the game, while Panther Trace parents stayed silent, led to believe no changes were forthcoming for them for the 2020-21 school year.

With Snively and school board member Lynn Gray dissenting, the board voted not to move any Panther Trace students and to instead forward for a second public hearing the so-called “Scenario A,” which moves 223 students from Barrington to Rodgers, affecting for the most part the Riverglen, Countryside Village, Bell Creek Hammocks north and Boyette Springs communities to the west. 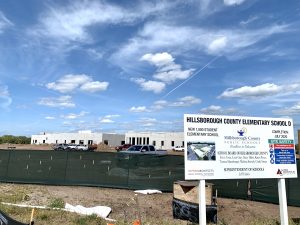 That hearing is set for the school board’s March 10 meeting.

Meanwhile, discussion at last week’s meeting addressed again the severity of growing pains the district faces with long-term debt approaching $1 billion and thousands of homes set to break ground. Both speakers and school board members called for higher impact fees and for readdressing how boundary changes are made. Developers pay impact fees to offset the impact created by new development to parks, schools and fire systems.

Hillsborough County Commissioners on March 4 are set to hold a first public hearing on impact fees. The school board, before its March 10 meeting, is set to hold a workshop on school boundaries.

In attendance will be Addison Davis, the newly appointed superintendent of schools. At the school board’s Jan. 21 meeting, held to select a superintendent from among three finalists, Davis said he would use rezoning to fill available student stations and determine if expansion to existing facilities, including new classroom wings, would be a viable option as well.

“If we don’t have the availability to expand those structures we currently have, then we have got to find high impact areas where we are going to have to potentially build, and that’s going to cost a lot of money,” Davis added. “So my hope is the half-cent [sales tax levy] can help with that and leverage impact fees to make that happen.”

Davis is set to start his job March 2 as an administrator on special assignment; serve as acting superintendent from March 23 to June 30; and then as superintendent starting July 1.

He’s set to more than double the annual base salary (including annuity) he earned at Clay County, where he was elected superintendent in November 2016. According to his application, Davis earned $165,000 at Clay County.

Under his three-year Hillsborough County contract, Davis is set to earn $310,000 and receive up to 15 percent of his gross salary compensation each contract year for retirement plans of his choosing in addition to his Florida Retirement System (FRS) contributions. Benefits include a $375 monthly car allowance and cell phone and data plan (for district business); dental, health and vision coverage for Davis and eligible family members; and a $1 million term life insurance policy.

Outgoing superintendent Jeff Eakins, who retires in June after 31 years in the district, earned a $225,000 annual salary. He went without a raise in 2017, when his contract was extended.

To view past school board meetings and read their transcripts, visit http://schoolboard.hcpswebcasts.com.

Craig Beckinger photo
Under construction at 14150 Gate Dance Road is “Elementary School D,” which now has a name. Hillsborough school board members voted Feb. 18 to name it for the new home community. Belmont Elementary School is set to open in August.

Spring Trade Show to be magical