Hiring is underway for Florida’s 60th Cracker Barrel Old County Store restaurant, set to open in Gibsonton in mid-April, next door to the GDQ Riverview 14 GDX multiplex and its Features Gastropub. 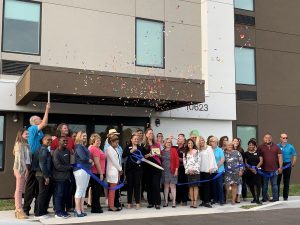 According to Cracker Barrel officials, the restaurant and retail store, at 9370 Theater Drive, is set to hire 175 full and part-time employees. The application period opened this month for hospitality, retail sales, server, night maintenance, dishwasher and cook positions, with applications being accepted at CrackerBarrel.com/careers. (For a direct link, visit https://careers-crackerbarrel.icims.com and search for “Riverview”).

Cracker Barrel officials also offered a sneak peek of décor, noting the restaurant chain’s focus on “authentic memorabilia and Americana décor that reflect the unique families and culture of the community it serves.” Each store’s décor is carefully planned and curated, with genuine artifacts pulled from the company’s Décor Warehouse at its Tennessee headquarters, which is said to house more than 90,000 pieces of Americana, no replicas. 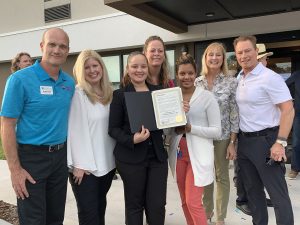 Set to seat 176 diners in its 10,485 square-foot building space (including front porch), Cracker Barrel is a much-anticipated addition to the so-called “Riverview Entertainment District,” which had scheduled ribbon cuttings this month for Extended Stay America Tampa-Gibsonton-Riverview (Feb. 11) and for E&L Construction Group (Feb. 19), a tenant in the Flex Suites Business Center. The center, at 10668 New East Bay Road, is built to accommodate 20 offices in the fast-growing cowork market.

The district took shape in March 2017 with the grand opening of the state-of-the-art Riverview 14 GDX multiplex, the first (and only) Florida location for Goodrich Quality Theaters, based in Grand Rapids, Michigan.

Abouelhouda co-owns Rosemary Grill with Malik Elarroufe, owner of the Chevron gasoline station at 916 South U.S. 301, who said it takes two things to run a successful business: “It’s hope, on one hand, and on the other hand, it’s hard work. 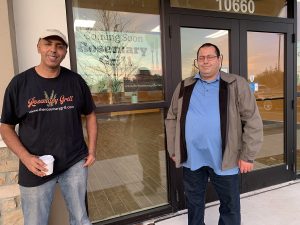 “Those are the motors and tires of life; you have to have those two things.”

Rounding out the development’s retail offerings are Cricket Wireless, Dollar Tree, NY Nails, Dunkin’ Donuts and Baskin-Robbins, T-Mobile and Zaxby’s, owned by Matthew Wortman, who notes the benefits of being in a development that shares its customers. Four Stacks Brewing Company, for example, does not serve food but allows for food to be brought in from neighboring eateries.

Terry Benton is a principal and vice president of real estate for the Strathmore Real Estate Group, developer of the 30-acre tract off New East Bay Road, across the street from the Walmart Supercenter in Gibsonton and near U.S. Highway 41, U.S. Highway 301 and Interstate 75. Benton said multiple spots remain for development as he promised two announcements shortly. 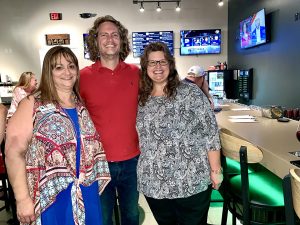 As for the unique way Cracker Barrel designs its interiors, officials note the use of its Décor Warehouse, where each design is mocked up, with a few walls “reflective of the local community, including its history and heritage.” Larry Singleton, billed companywide as “the man with the coolest job in America,” has been “in charge of furnishing every single Cracker Barrel Old Country Store in the nation with authentic memorabilia from our nation’s past,” according to a 2018 Country Living magazine article. It noted at the time that 650 Cracker Barrels in 45 states housed roughly 1,000 antique items per location.

Cracker Barrel officials have provided a link to Riverview’s custom décor, which includes fruit and citrus labels “reminiscent of the agriculture industry that is ever present throughout Florida” and a farming and agriculture wall that showcases, among other things, an antique shovel and garden plow. Among other recognitions are items related to the fishing industry in Florida, including antique nets, a “Florida Deep Sea Fishing” sign, a fishing pole, wooden boat paddles and a “Live Bait” sign. Other items include a City of Tampa Cigar picture, Britelube motor oil tins and old “Sunshine State” Florida license plates. (To view, visit https://bit.ly/38oLI3Y.)