This year, instead of its usual program of giving annual awards to its member businesses, Executive Director Melanie Davis opted to recognize 15 individuals who, over the years, have continuously made what she called “a significant impact on the South Shore community.”

We’re honoring individuals who often fly under the radar,” she said. “We wanted to publicly acknowledge them just for being who they are, doing what they do and playing such a large part in making South Shore the great place it is to live and work.”

Garbleman and Rozel were unable to attend the event. 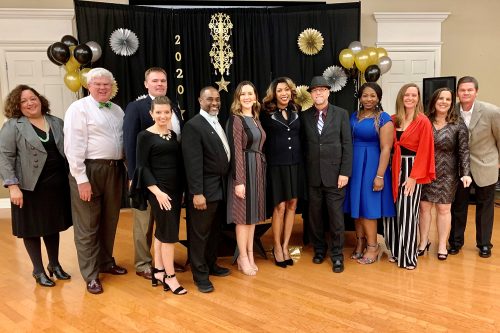 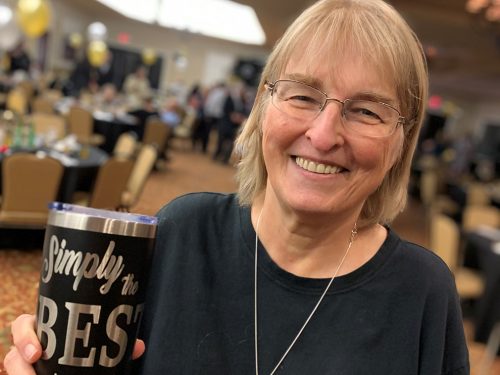 PAM DUNCAN VASQUEZ PHOTO
Freelance writer Lois Kindle was recognized as being “part of the fabric of the South Shore” for her more than 20 years of commitment to the community and its people and passion for telling their stories – first for The Tampa Tribune and, since 2016, for The Observer News family of publications. “Her warm smile is welcome everywhere she goes,” said co-emcee Carrie Elwell. 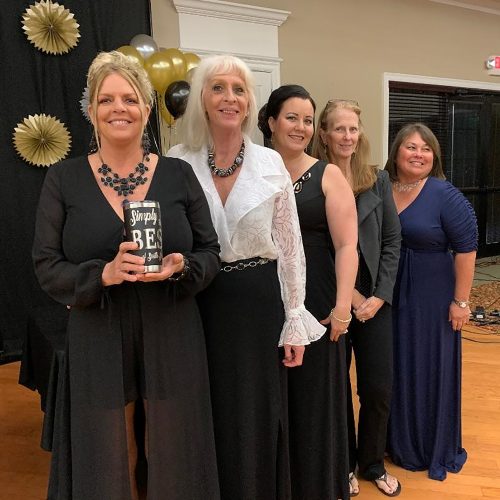 Lori Deaton, boat captain/owner of Ladyfish Charters, and her “posse” gather for a photo at Simply the Best. From left are Deaton; her sister, Mary Ostien; Beatrice Botbol; Diane Hartzner; and Loretta Pippin. Deaton was recognized for raising more than $480,000 since 2009 to support breast cancer patients through Hooked on Hope, Kool Kidz Fishing Kampz and Reel Ladies workshops and tournaments. 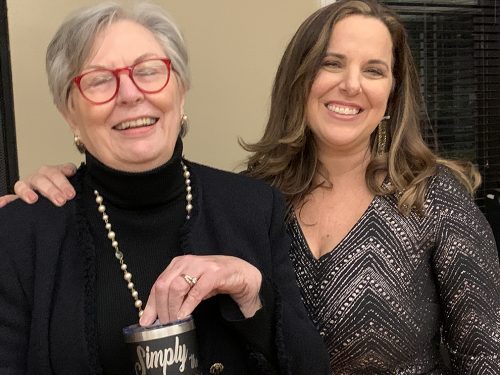 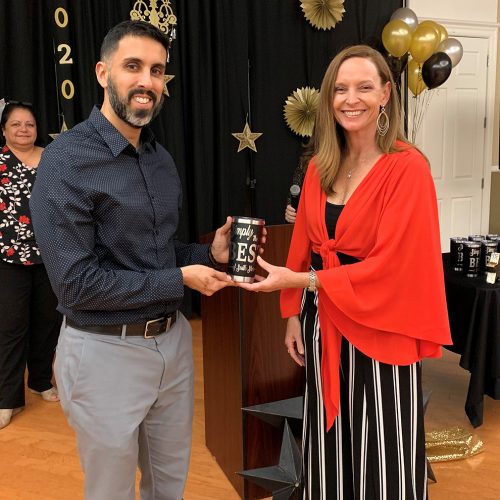 Carrie Elwell, co-emcee of Simply the Best and chairman of the SouthShore Chamber’s board and Educational Partnership Committee, acknowledges Philip Rivera, migrant resource teacher at Lennard High School, at the chamber’s recent dinner and banquet at Southshore Falls. 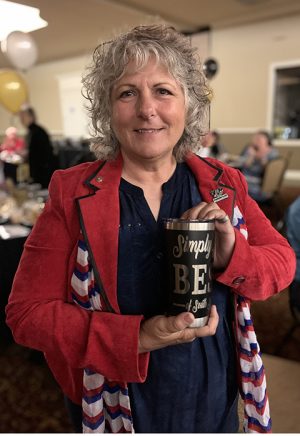 South Shore’s Kelly Kowall turned the personal tragedy of losing her son, Army Spec. Corey Kowall, into healing by founding My Warrior’s Place in Ruskin in 2012. The respite for members of the military, veterans and first responders is now known internationally. 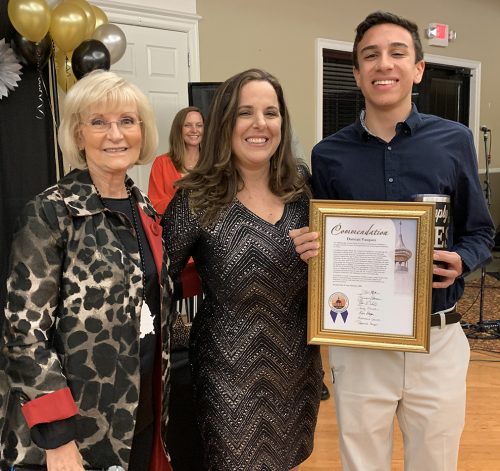 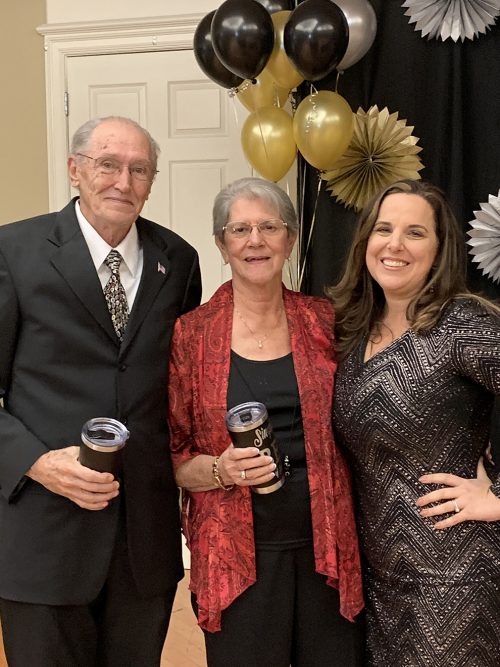 Fred and Polly Rothenbush, aka Mr. and Mrs. Ruskin, were acknowledged by Melanie Davis, right, for their longstanding commitment to the community through Fred’s acclaimed art and Polly’s more than 40 years of teaching in Ruskin and Apollo Beach. Fixtures in the area, the couple have been married for almost 50 years. 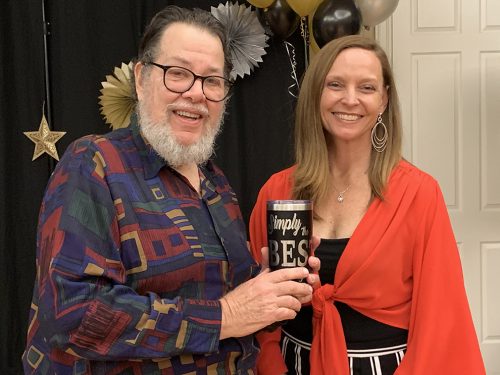 Jumbo the Magic Clown, of Riverview, whose real name is withheld to maintain his professional mystique, is shown here with Carrie Elwell, after being acknowledged for “his genuine love for children of all ages and passion for making people smile by performing what is now almost a lost art.” The entertainer is a fixture at almost every major fundraising event in South Shore. 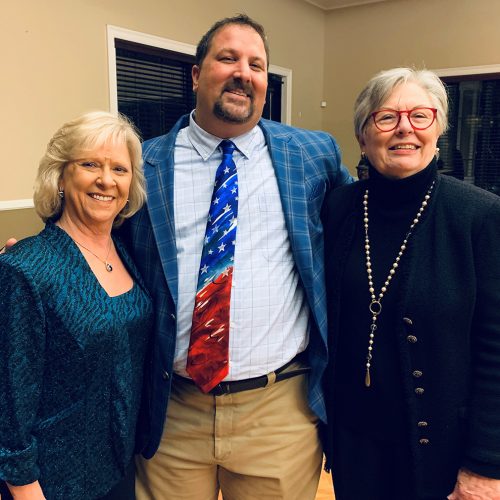 Outgoing SouthShore Chamber board members Deb Adams, of CenterState Bank, Jason Fredricks, of Legal Shred, and Georgia Vahue, of the Firehouse Cultural Center, were thanked for their service at the chamber’s annual dinner. Steve Alvarez, of Alvarez Company PA CPA, is missing from the photo. 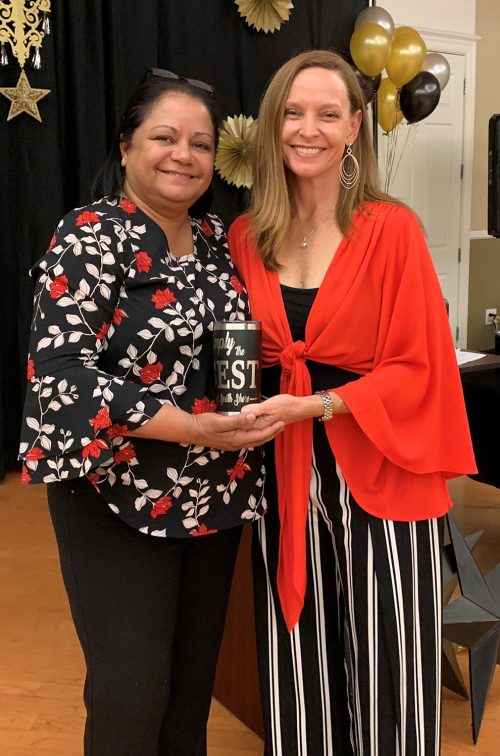 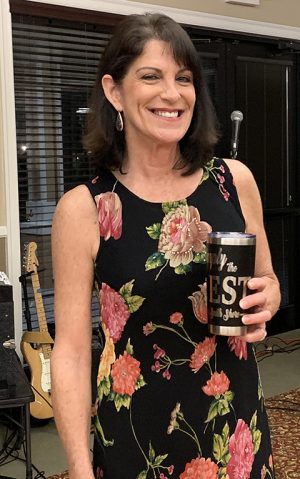 Kelly Reedy, of Hooks Waterfront Bar and Grill and Kelly Cares, was honored by the SouthShore Chamber of Commerce as one of 15 Simply the Best of SouthShore honorees Jan. 31. Reedy was noted as passionate about growing the food and beverage industry in South Shore, her quick involvement in community events and willingness to lend a hand to anyone in need.

Retiree Gary Kaukonen, broker and team leader for Keller Williams for 10 years, was recognized for his huge impact on eight local charities, including Mary & Martha House, AMI Kids and My Warrior’s Place. Following Gary’s leadership, his team of agents provided volunteer labor for charity each year on Red Day and donated more than $58,000 from their commissions in 2019. 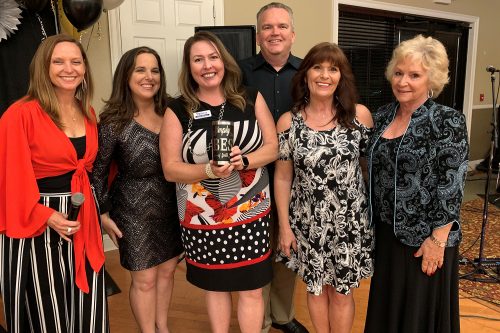 Marie Gilmore, founder/publisher of the Osprey Observer, center, is surrounded, from left, by Carrie Elwell and Melanie Davis, of the chamber; Gilmore; her husband Doug; and staff members Melissa Hartmann and Gwen Rollings. Gilmore was noted for her entrepreneurship in taking the publication from an initial 500 copies in 2002 to a current circulation of 75,000 per month and her involvement with the Charity Chicks and Honor Flight.