African American History Month has been officially celebrated in the United States since 1978, but the idea of honoring the history and accomplishments of African Americans was first conceived in the early 21st century. 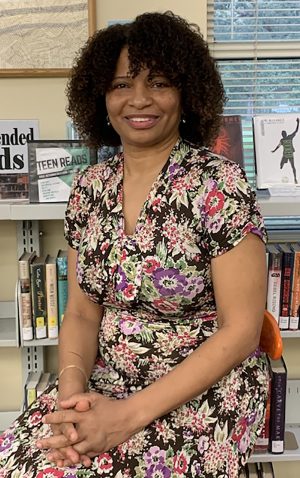 Jyna Johnson, the county library system program coordinator, will provide the audience with interesting information on African American history that people usually do not hear or learn. “Usually during African American History Month, we talk about the big heroes and the big events,” Johnson said. “Usually people talk about Martin Luther King, Harriet Tubman and all the heavy hitters, but there are so many other things in African American history that people don’t necessarily know. They’re not necessarily huge things, but they are very interesting and all of them kind of show the contributions that African Americans have made to the United States of America,” she said.

Johnson, who worked at the Troy, N.Y., library and the New York Public Library system before moving to Manatee County, said she hoped the program will help people understand how integral African Americans have been in the growth of America and how integral they continue to be.

“African American history is American History.,” she said. “We (at the library) think it’s interesting and important to show different aspects of American history that feature the contributions of those who may not have had their stories amplified in the past. 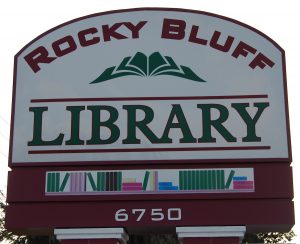 The presentation at the Rocky Bluff Library will highlight how African Americans worked alongside other people to bring about better ways of living.

Although a major part of American history involves the enslavement of African Americans for around 250 years, this presentation will offer information on different events and people. “We’re going to be talking about how African Americans made the most of their situation in slavery,” Johnson said, “and the contributions they made during slavery in the form of inventions and different ways of doing things, which a lot of people don’t know about.”

The presentation will be multi-media with slides and a couple of short videos. It will last about an hour and is geared toward an adult audience. Johnson, who develops programs for all the libraries in the Manatee County system, has come up with several different programs over the years. 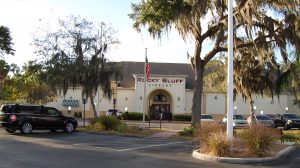 “Basically, the director (Raoul Peck) took Baldwin’s words (through the voice of actor Samuel L. Jackson) and fashioned a documentary out of them,” Johnson said, “and that was a really successful program, and people learned a lot about James Baldwin.” About 30 people attended that presentation, she said.

In past years the libraries have also had concerts and exhibits on the origins of blues music and on African American inventors.

One year the Palmetto library had an exhibit on the Angola settlement from 1812 to 1821 of up to 750 escaped slaves discovered near the Manatee Mineral Spring Park in Bradenton.

Johnson said she did not want to give away too much about this year’s presentation but offered some hints to entice attendees.

“I try to have fresh programs for African American History Month,” said Johnson, who has worked for the Manatee County Public Library System for six and a half years. “As for the one this year, as an African American myself, I’m curious about certain things that are little known in African American history

Another area the presentation will touch on is the fact that African Americans have fought in every American war, including the Revolutionary War.

An interesting episode in African American history, which Johnson researched, and that many people do not know about was Thomas Jefferson’s letter-writing debate with Benjamin Banneker, who was a great African American inventor and land surveyor.

“He had a debate through letters with Thomas Jefferson, trying to convince Jefferson that African American people were just as equal and just as smart as white Americans,” she said.

As the county library system program coordinator, Johnson serves as a programming consultant for the main library and branches. She also directs on-going program initiatives, such as “Creative Aging” and “Voyagers.”

Creative Aging is a series of workshops and classes in the arts for those 55 or over. This year, the libraries have offered Watercolor Basics, Creating Art with Colored Pencils and Improv for Seniors.

Voyagers is a travel education initiative where the library coordinates affordable overseas trips for the community. It started in 2017 with a trip to Ireland. In 2018, the tour went to Madrid and Barcelona., and in 2019, they went to Greece.

This year they are going to Central Europe — Budapest, Prague, Vienna, and Berlin.

“Voyagers provides a way for people to learn about different cultures and ways of life, and it helps people foster ongoing relationships,” Johnson said. “Many of the travelers continue to get together long after a trip.

“Others who have undergone traumatic life changes have found solace traveling with the library and like-minded people to different parts of the world,” she said.

Johnson, who was raised in Queens, New York, did her undergraduate work at Cornell University in Ithaca, New York, earning a degree in writing. Growing up she wanted to be a writer and said she sort of fell into becoming a librarian.

“I worked at the library while in college,” Johnson said. “I thought the library would be great place to be as a writer because you’re surrounded by books.” She went on to earn a master’s degree in information science from SUNY-Albany.

As for her presentation at the Rocky Bluff Library, Johnson said it is a feel-good program. “It’s wonderous in the sense that we talk about things that are off the beaten path regarding African American history,” she said. “So if you want to discover more and want to have an enjoyable time learning about African American history without someone hitting you over the head with a hammer, (come to the presentation).”

For more information about the Manatee County Library and its programs, check out the website at www.mymanatee.org/departments/manatee_county_public_library_system/library_events___classes or call 941-748-5555.