After hosting an annual Seafood Festival in Bradenton and Palmetto for 34 years, the Hernando De Soto Historical Society has decided to kick it up a notch with a change of venue and expansion of the program.

This year’s big fundraising event will be the De Soto Food & Music Festival, held Feb. 28, Feb. 29 and March 1 at the Nathan Benderson Park.

“Our members came to the conclusion that it was time to change the Seafood Festival,” said Trey Horne, marketing director of the society, “so we tried to figure out our next step and decided to rebrand it into the De Soto Food & Music Festival.” 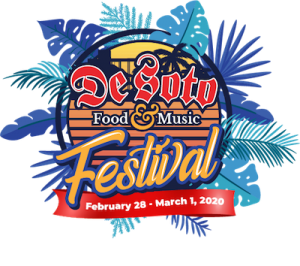 The three-day event will be expanded to include more kinds of food, such as barbecue and international fare, as well as the seafood, Horne said.

“It lets us have a little bit more variety of food for everybody,” he said, “as well as music. “We’ve always had music at the Seafood Festival,” said Horne, who has been the society’s marketing director for a little more than a year, “and now we’re embracing that change and having a little bit more music and a little bit bigger band names, as well.”

The festival opens at 5 p.m. Friday night, with the platinum record award band, The Georgia Satellites, taking the stage at 6:30 p.m., followed by the nationally known headliner band Slaughter at 8:30 p.m. “On Saturday we’re going stick to country, but there’ll be a little bit of genre fluidity throughout the day,” Horne said, “and then Sunday we’re going to introduce reggae, which is a big step for us.”

The headliner act on Saturday evening will be John Michael Montgomery, with Pirate Flag, Head Wrecks, Rebel Heart and Lost Boys playing throughout the day. 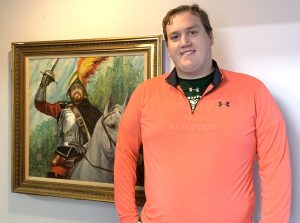 The society also decided to change the dates for its big event, moving up a month from the first weekend of April to the end of February and beginning of March. “This helped us out tremendously because April is our crazy month with our festival week events, the night parade and all the captures,” Horne said. “So moving the this three-day event, which takes a lot of manpower, up a month allows our members to recover a little bit and doesn’t cram everything into one month.”

The three-day event is moving to a new location, Nathan Benderson Park, 5851 Nathan Benderson Circle, Sarasota, just south of the University Town Center. The Benderson Park venue will hopefully help draw a larger crowd, Horne said, with its visibility from Interstate 75 and (being) more central for visitors in Manatee and Sarasota counties.

“I think it’ll help us get the best bang for the buck there, as well as the exposure, and bringing in more people from south of (Bradenton and Palmetto) as well as the Manatee County visitors,” Horne said. 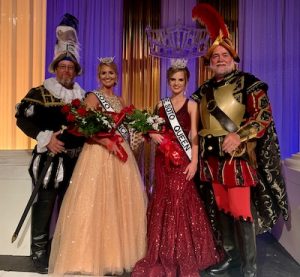 The Seafood Festival historically has been the Society’s largest fundraiser, and Horne said that will continue with the DeSoto Food & Music Festival. “We’re hoping the exposure at Nathan Benderson Park brings in a large crowd and increases our proceeds,” Horne said.

The money the Hernando De Soto Historical Society raises at its festivals and other fundraisers is used to to support various local charities and college scholarships through the its charity organization, Conquistador Historical Foundation. “Over the last five to ten years, on average, the foundation has given out about $60,000 a year,” Horne said. Over the years the foundation has helped local organizations, such as Boys & Girls Club of Manatee, Early Learning Coalition of Manatee County and the Women’s Resource Center.

The Hernando De Soto Historical Society was founded in 1939, one year after a federal government commission designated Shaw’s Point at the mouth of the Manatee River as the most likely location where the Spanish explorer, Hernando de Soto, came ashore in May 1539. The society was formed to organize the first DeSoto Heritage Festival. 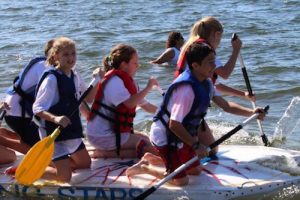 The Bottle Boat Regatta, one of the annual events the Hernando de Soto Historical Society sponsors, will be held March 28 at the Palma Sola Causeway.

Today the organization has 225-plus members who volunteer to help produce all the events during DeSoto Heritage Month and throughout the year. The mission of the society is to educate the community about the historical significance of Hernando de Soto’s landing and to raise funds for local charities.

A core group of society members is selected to be the Crewe of De Soto, which is the most visible arm of the organization. The society’s website describes the crewe as “dressed in authentic 16th century Spanish attire, complete with chrome plated Morion helmets and plumes, full-width leather belts and corsair swords in scabbards at their sides, history lessons come to life when Hernando de Soto and his crewe speak about the importance of our heritage.”

Each year the crewe selects one member as the crewe captain and one to portray Hernando de Soto, affectionately known as “The Hern,” who represents the organization at events and functions throughout the United States and in other countries. A very popular event for the community is the DeSoto Bottle Boat Regatta held March 28 at the Palma Sola Causeway.

April is a very busy time for the Society members because most of the organization’s activities are during that month. DeSoto and his crewe hold several “captures,” where they playfully take over the offices or storefronts of local governments, businesses and organizations. The DeSoto Children’s Parade on 10th Avenue West in Palmetto is held on April 10. The Society also will hold an Easter sunrise service at the Bradenton Riverwalk on April 12.

The 2019-2020 Crewe of DeSoto stands in front of the parade float, the San Cristobal, a land-traveling replica of the ship Spanish explorer Hernando de Soto sailed when he landed at Shaw’s Point near the mouth of the Manatee River in May 1539.

Society activities really ramp up during Festival Week. There will be banquets and balls, the selection of a queen and princess, a fashion show, and ceremonies with dignitaries from Bacarrota, Spain, de Soto’s birthplace and a sister city of Bradenton. The week ends with the largest society event, the annual Grand Parade, which has grown in popularity over the 80 years it has been held. Organizers expect between 100,000 to 150,000 people lining Manatee Avenue West from 34th Street West to downtown.

Being a native of Florida, Horne has been aware of the De Soto heritage activities much of his life. His father, Lynn Horne, has been involved with the Hernando De Soto Historical Society since 2010 and served as captain of the crewe for a year. Trey Horne was a society exchange student in 2018 and traveled to Barcarrota, Spain, for three months. 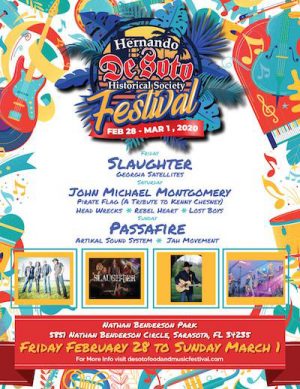 Lynn Horne and his brother own the popular Anna Maria Oyster Bar restaurant chain, and Trey Horne worked for the family business beginning in high school. He went to school to learn business, but recently returned to school to earn a degree in sports management.

“A business degree was hospitality based, and I figured out that the restaurant industry wasn’t for me,” Horne said. “I’ve been out of the restaurant for three years, and I don’t think I’ve looked back.”

For more information about the Hernando De Soto Historical Society, visit its website at www.desotohq.com or call 941-747-1998.