Rotarians light up the season with Alafia boat parade

Rotarians light up the season with Alafia boat parade 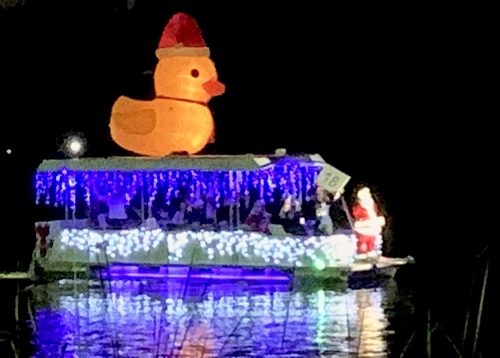 Rotarian Michael Broussard served as director of the boat parade, which started at the U.S. 301 bridge and ended at River’s Edge Bar and Grill in Gibsonton. Fifteen people registered their boats, with first place and a $300 cash prize going to Brian Barse. Greg Zimmer placed second and received $150. Pictured is the boat that placed third, which earned $50 for its owner, Ralph Griffin. Broussard gave special thanks to Captain Andy of TowBoatUS, “who showed up just to be there and agreed to become the lead boat.” The vessel’s red and yellow lights “gave really good guidance to the boaters, which helped a lot with organization,” Broussard added. “They promised to be back next year.” 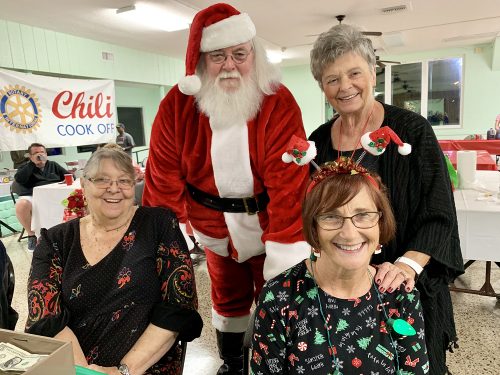 The 36th annual Alafia Lighted Boat Parade and Chili Cook-Off, held at the Riverview Park and Civic Center, brought the community together for a pre-holiday celebration and visit from Santa Claus, who bore a striking resemblance to Jim Everett, president of the Rotary Club of FishHawk Riverview. Rotarians presented the Dec. 7 event, sponsored by the law firm Christopher Ligori & Associaties. After a visit with the kids, Santa took pause to pose with Rotarians, from left, Marilyn Everett, Susan Hill and Jackie Fields. 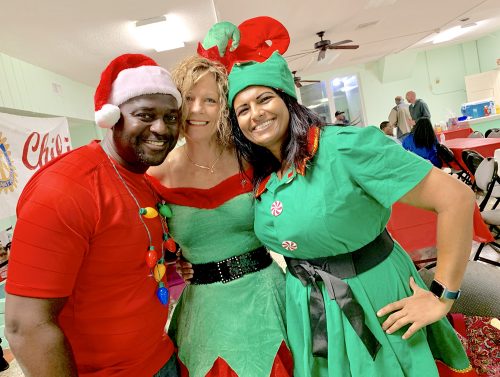 Among those volunteering at the 36th annual event were seasonally dressed Rotarians, from left, Gabriel Mbulo, Kimberly Tyson and Shirley Bhat. Mbulo and Tyson served as this year’s event chairs. 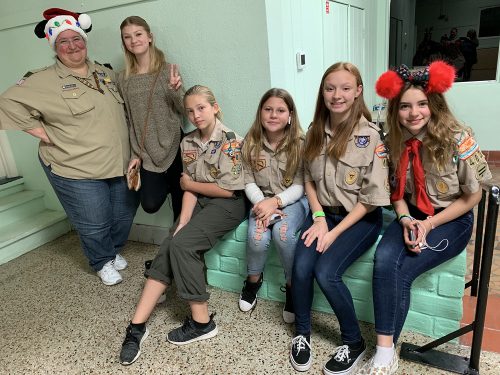 Scoutmaster Naomi Bell, left, with Girl Scout Troop 483 members, from left, Lauren Roth, Hannah Hewett, Mia Malo, Alexis Hewett and Lilly Quinn. Roth placed first in the gingerbread house competition. Fellow troop members Malo and Quinn placed second and third, respectively. Below, also in the contest were Max and Anna Peynado (holding their brother, Sam), who created a village of four houses for the contest. “It was fun and you can express your creativity,” Max said. Her favorite part of the contest, Anna added, is that “we worked really hard to do it all together.” 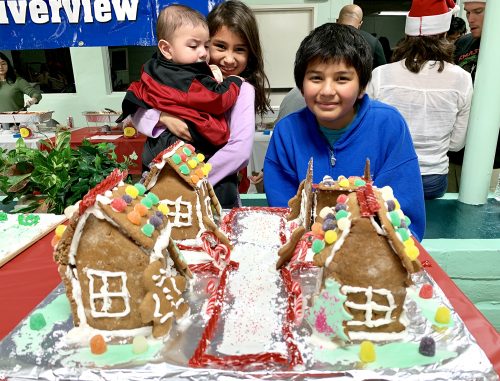 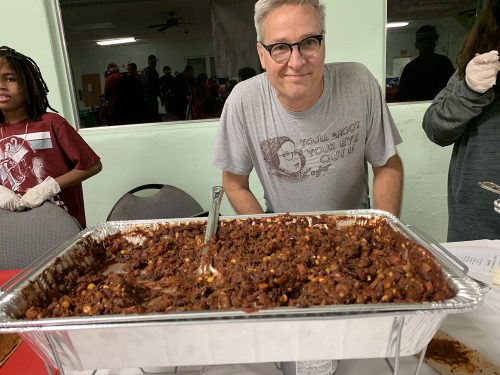 Gregg Deboben was on hand to compete in the chili cook-off, which drew 14 entries, including Deboben’s 3.5 Alarm Vegan Chili. While tasty, the whole food, plant-based chili failed to place among the more traditional, meat-based dishes. Placing first, second and third, respectively, were entries from Shrimp Boat, the Interact Club and Rotarian Marilyn Everett.